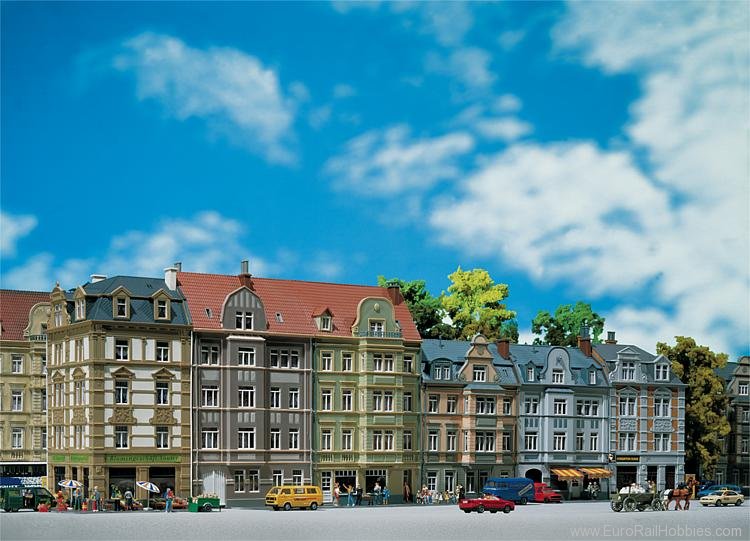 our price
$153.95 USD
Temporarily out of stock
(Available to order ) 
add to cart

The houses of this four-part row of buildings were built around 1929 and have an ornate stucco facade with Art Nouveau. The row of buildings consists of two four- and two three-storey buildings and is variable in its build-up.These buildings can be used to create 'boulevards' as well as typical backyard settings in the city or on the railway line.Beautiful boulevard in the front - in the back typical backyard setting.Whoever travels by train in Germany is familiar - along the intra-urban lines - with this picture: the typical backyard setting along the railway lines. Important scenery for model railroaders which should not be missing on any layout. The rear facades are in a brick-and-mortar style as they could be found almost everywhere in Germany (see the small picture).

The building this kit is based on dates from Era I.