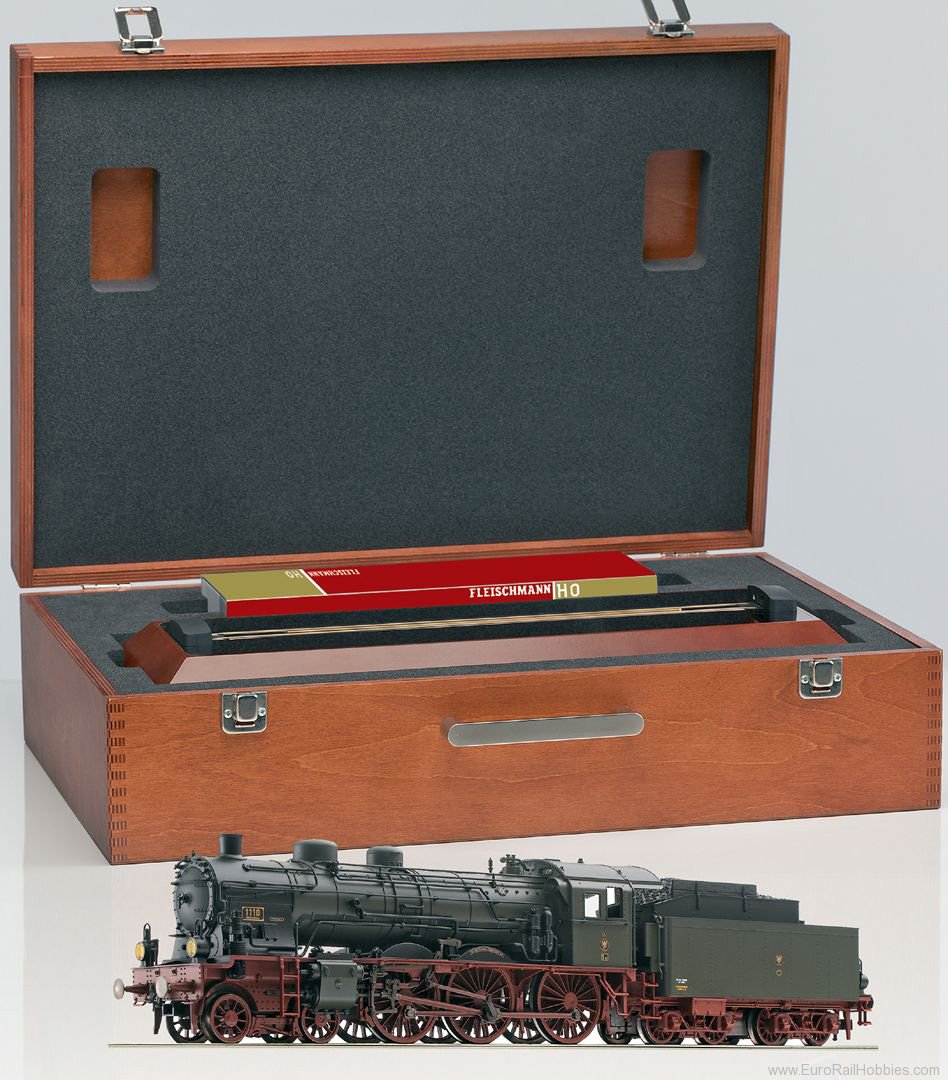 Roco/Fleischmann smartRail - Experience your digital locomotives like you have never seen them before!

Acceleration, braking, light, signals of the locomotive or sound - with smartRail you can experience all functions of your digital locomotives on a rolling track bed. With smartRail you can activate all special functions that selected precision models feature for the first time in the show case, on the shelf or on the desk in your office and experience them from close up and in peace and quiet - whether it is steam, flickering fire box or digitally operated pantographs. On the world first innovation all locomotives can drive from approximately 120 up to 305 mm in length. It does not matter if it is a 2 or a 3 conductor - DCC or Motorola. Next to the operation with the function buttons the revolutionary Z21 operating system is also integrated.Get your driving pleasure on the spot now! smartRail is being offered by Fleischmann and Roco in high quality exclusive sets with selected locomotives.

smart Rail fascinates and works with the most modern technology

With smartRail you can put your most beautiful locomotives on stage. The intelligent rolling track bed with integrated digital control center accentuates your steam-, diesel-, and electric-locomotives on an elegant pedestal most effectively - in full motion and with access to all digital functions of the locomotives. You simply place your locomotives on top of the rolling track bed and start the journey. The built- in infrared sensors calibrate the distance to the “two ends” fully automatically and keep it secure right in the middle of the rolling track bed during all driving maneuvers. smartRail automatically recognizes whether it is an AC or DC locomotive and records the address of the locomotive decoder. The drive is supplied by the included power supply pack.

You can operate your locomotives either simply and comfortable with the elegant integrated touch panel at the pedestal or with external operating devices. With the integrated Z21 function you can operate smartRail also with your smartphone or tablet PC. The classic MultiMaus system can be used as well.

The operation with the touch panel at the rolling smartRail track bed is self explanatory. With the function buttons 1-4 you can switch the functions 1-4 that have been programmed in the decoder in the factory of the respective digital locomotive that has been placed on top.(The standard functions that have been assigned in the factory by the integrated Z21 function can be changed any time with a smartphone/tablet PC or a MultiMaus.)

Play, operate and manage in a whole new dimension

smartRail has the revolutionary Z21 operating system for model railways integrated. The system that has been developed by the innovation leaders Fleischmann and Roco allows the operation of locomotives and complete model train layouts with the smartphone and tablet PC, here also with photo realistic driver cabs of the original locomotives. Operation with your smartphone or your tablet PC. The only thing that you have to do as a smartRail owner is to download the Z21 app for the operation of your locomotives from Google Play or from the Apple app store for free and to install it on your smartphone or tablet PC.

All locomotives - and more – at a glance. Z21 makes it possible to put together a register of all of your locomotives, wagons and trains - with a photo of your models and a lot of room for information to the original locomotives and your models
( when purchased, maintained etc.). This way you can always carry the entire information for your model train layout with you on your smartphone or tablet PC.

smartRail puts all locomotives on stage

The hissing of the water drainage vents of a steam locomotive, the deep hum of a diesel locomotive, the motion of the digitally operated pantographs - whether it is steam-, diesel-, or electric locomotives, all functions of modern digital locomotives can finally be observed close up with smartRail. H0 DC and AC locomotives can be put on smartRail. Regardless of which conductor you chosse: 2- or 3- wire technology - DCC or Motorola, smartRail will automatically recognize the power supply system your locomotive uses. The only limitation is the length of your models. All H0 locomotives with a length of 120 to 305 mm can be operated with smartRail. If the overall length does not exceed the maximum allowance you can also drive a locomotive with a wagon on smartRail.