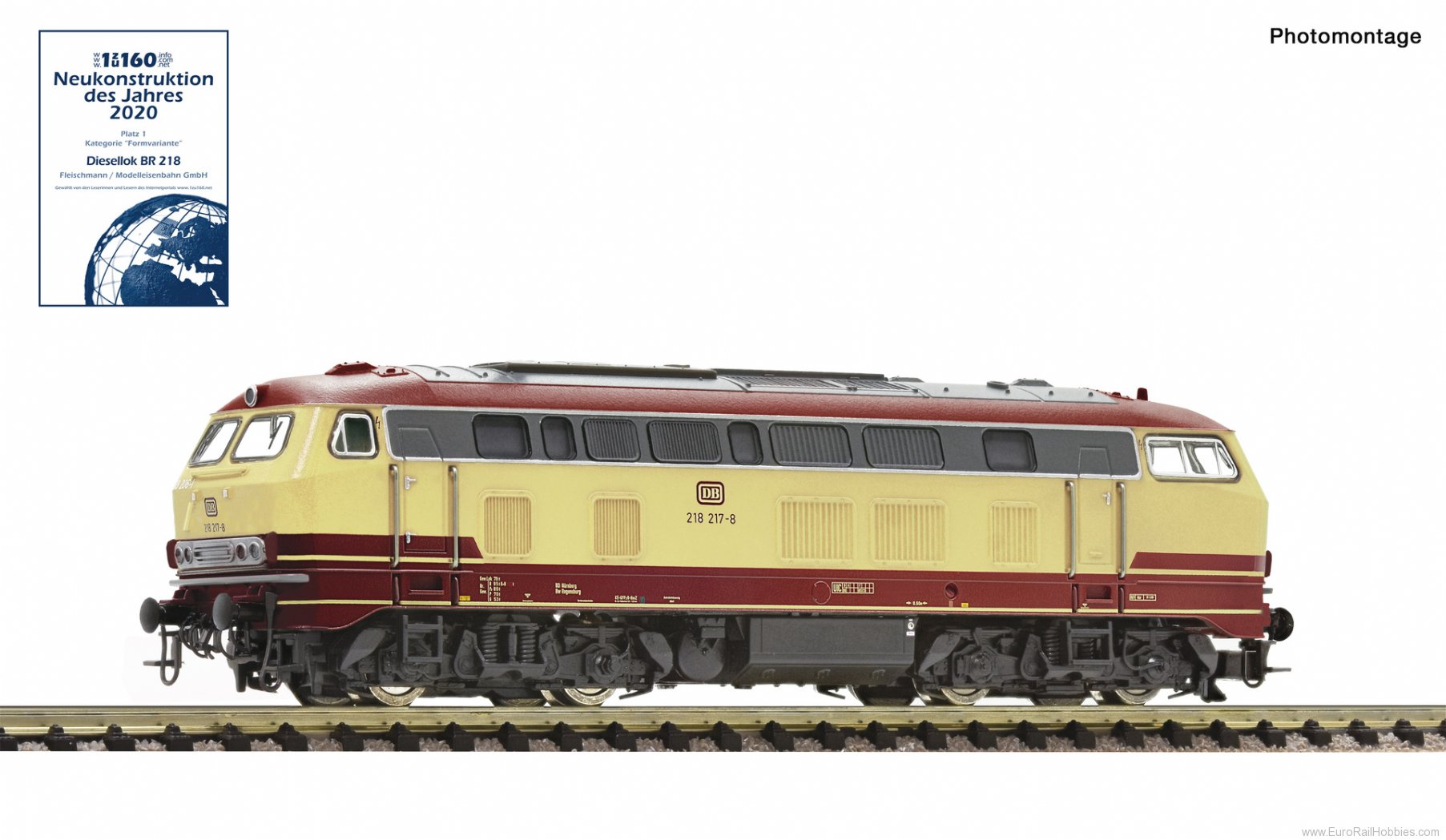 Diesel locomotive 218 217 of the Deutsche Bundesbahn.

From 1971 on the Deutsche Bundesbahn put 398 class 218 locomotives into service. The locomotives hauled both passenger trains and goods trains. They are used on most non-electrified lines and reach a top speed of 140 km / h and a power output of 1840 kW. Over the years, Class 218 has been painted in various colours. The first series of the class 218 locos were still delivered in the usual purple-red livery for diesel locomotives. From 1975 onwards, ocean blue/beige became the locomotives' standard colour. As an individual loco, the DB gave the 218 217 a trial paint job with TEE colours, which she kept until 2002.