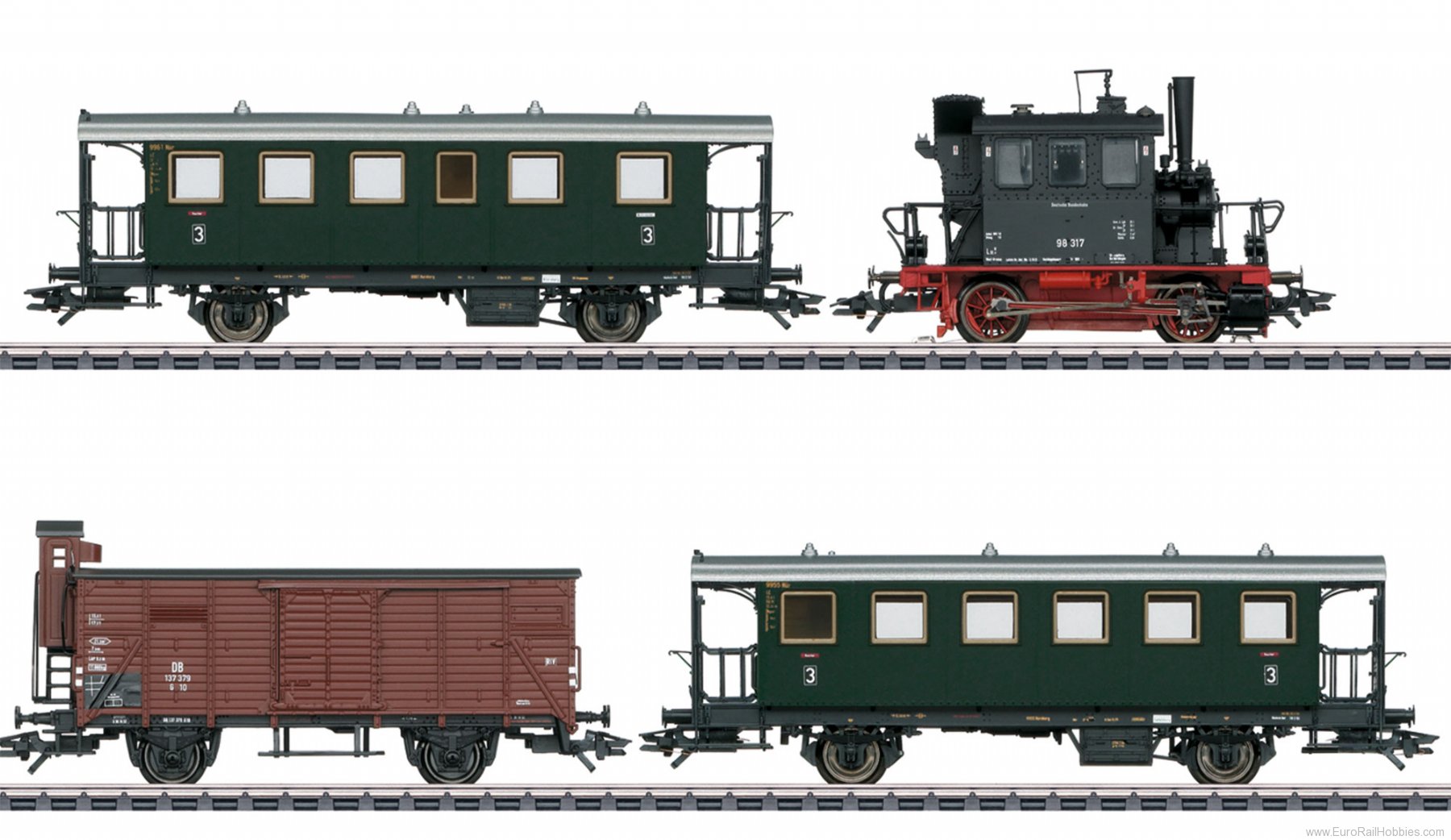 Model: The locomotive has an mfx+ digital decoder and extensive sound functions. It also has a miniature motor in the boiler. 2 axles powered. Traction tires. The dual headlights change over with the direction of travel, will work in conventional operation, and can be controlled digitally. The locomotive has an operating current-conducting close coupler. The inner boiler is constructed of metal. The locomotive has numerous separately applied handrails and grab irons. The boiler parts and other details are finely reproduced. Length over the buffers 8.0 cm / 3-1/8". Both passenger cars have factory-installed LED interior lighting and operating current-conducting close couplers. The power supply to the cars comes from the locomotive. The 2-axle boxcar with a brakeman''s cab is the last car in the train and includes end of train marker signs that you can install on your own. Total length over the buffers about 47.5 cm / 18-11/16".