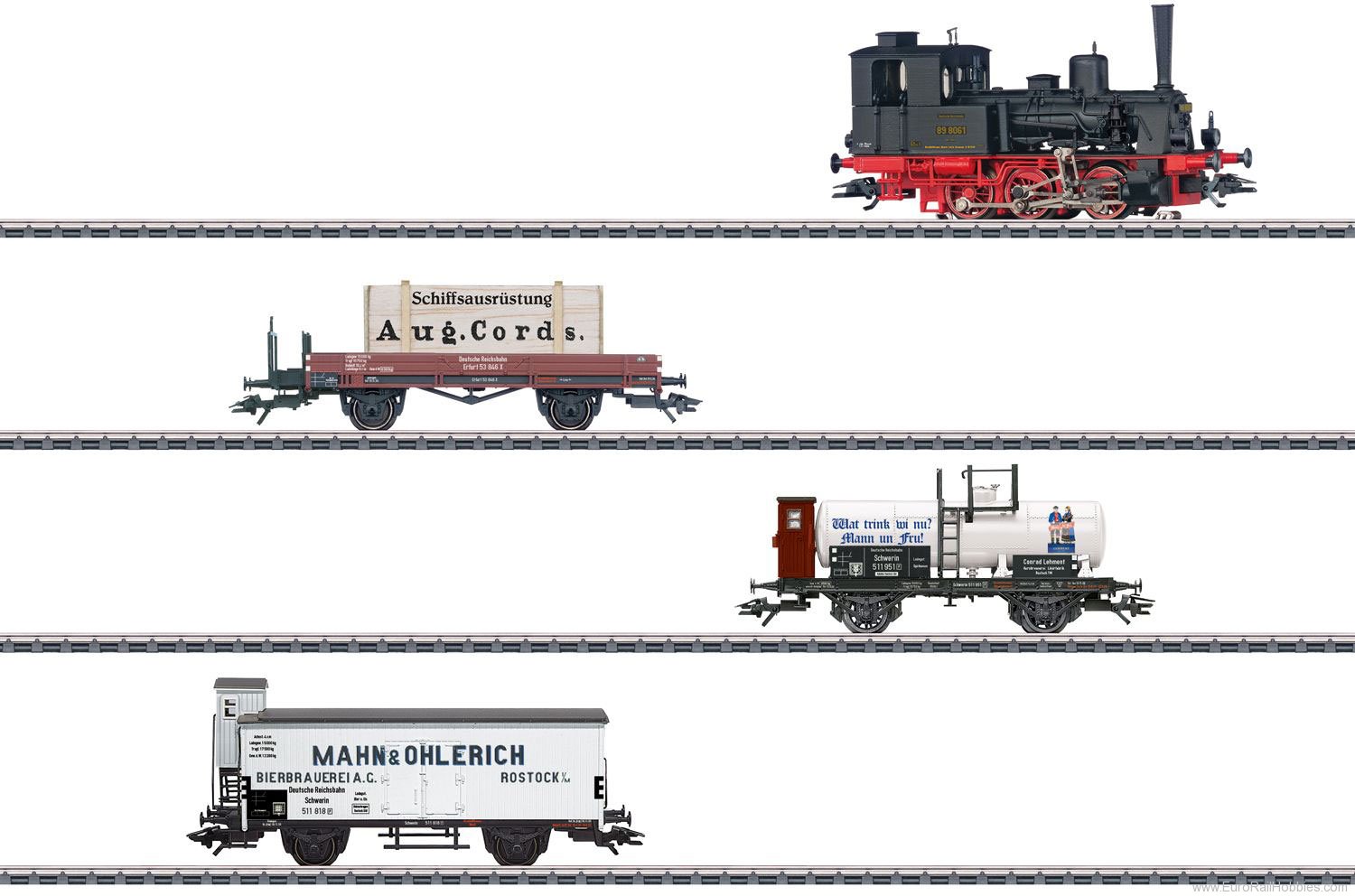 Anniversary Train
CELEBRATION in Rostock In 2018, the hanseatic city of Rostock will celebrate its 800th birthday. The documentary confirmation of the city''s town charter is dated June 24, 1218. In 2019, the University of Rostock is celebrating the 600th anniversary of its establishment as the oldest university in the Baltic Sea area. In the anniversary year 2018, special event highpoints are planned in the areas of culture, sport, science, and international affairs. Rostock invites you cordially to join in the celebration!

Model: The locomotive has an mfx digital decoder mfx and extensive sound functions. There is a miniature motor in the boiler. 3 axles powered. Traction tires. The frame is detailed with a representation of Allan valve gear. The dual headlights change over with the direction of travel, will work in conventional operation, and can be controlled digitally. Maintenance-free warm white LEDs are used for lighting. There is a clear view through the cab. The locomotive has many separately applied details. The frame and body for the tank car are finely modelled. The cars have spoked wheels. The cars have NEM coupler pockets and a close coupler mechanism. The beer car has a Württemberg brakeman''s cab. Total length over the buffers approximately 43 cm / 16-15/16".

This model can be found in a DC version in the Trix H0 assortment under item number 21344.