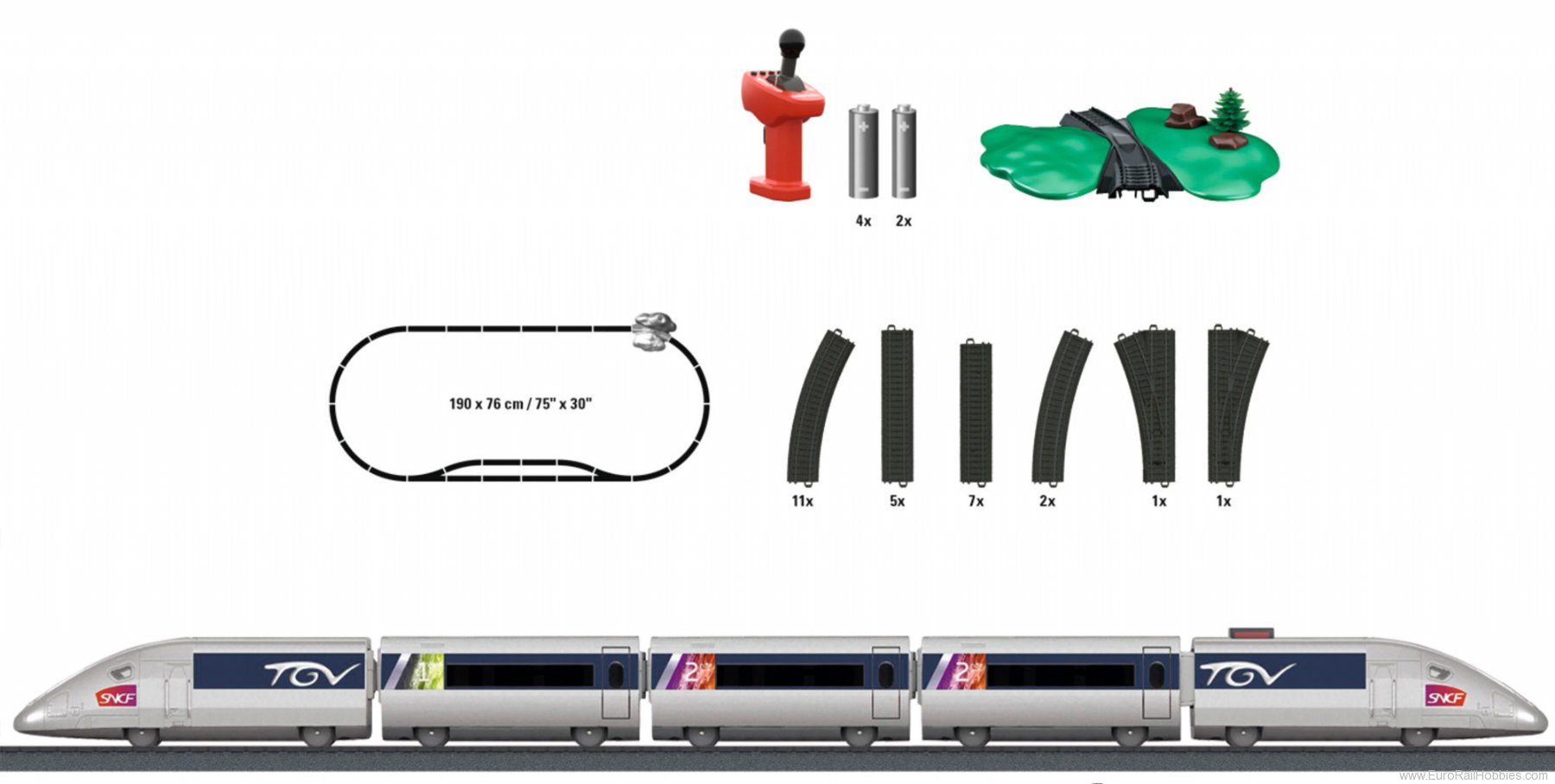 Prototype: A high-speed train based on the TGV. Five-part train set.

Model: The train has a battery-powered drive and magnetic couplers between the individual cars. There is a permanently coupled unit consisting of a powered end car and a passenger car with a built-in battery holder. The train has 3 speed levels in both forward and reverse, 3 sound functions, and triple headlights. Train length 63.0 cm / 24-13/16" Contents: The set has 11 sections of curved plastic track (R1), 7 sections of straight plastic track (length 171.7 mm / 6-3/4"), 5 sections of straight plastic track (length 188.3 mm / 7-13/32"), 2 sections of curved plastic track (turnout curve), 1 left turnout, and 1 right turnout. An easy-to-use wireless Märklin Power Control Stick and a rerailer as well as 4 AA and 2 AAA batteries are included with this set. The train can be operated with 2 different frequencies thus allowing another battery-powered train to be operated with this set at the same time. This set can be expanded with the 23300 plastic track extension set.