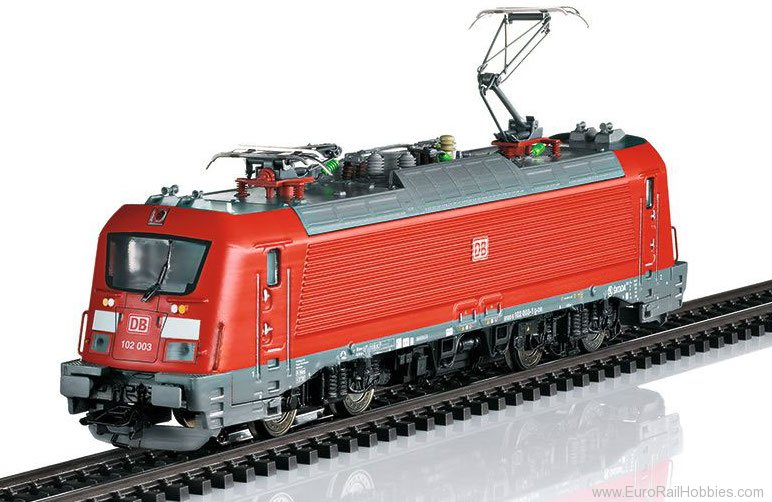 Model: This electric locomotive is constructed of metal and includes an mfx digital decoder and extensive sound functions. It also has a special motor, centrally mounted. 4 axles powered by means of cardan shafts. Traction tires. Triple headlights and two red marker lights change over with the direction of travel, will work in conventional operation, and can be controlled digitally. The headlights at Locomotive End 2 and 1 can be turned off separately in digital operation. When the headlights at both ends are turned off, then the "Double 'A' Light" function is on at both ends. Warm white and red LEDs are used for the lighting. There are 2 mechanically working pantographs (no power pickup from catenary). Length over the buffers approximately 20.7 cm / 8-1/8".

This model can be found in a DC version in the Trix H0 assortment under item number 22195.