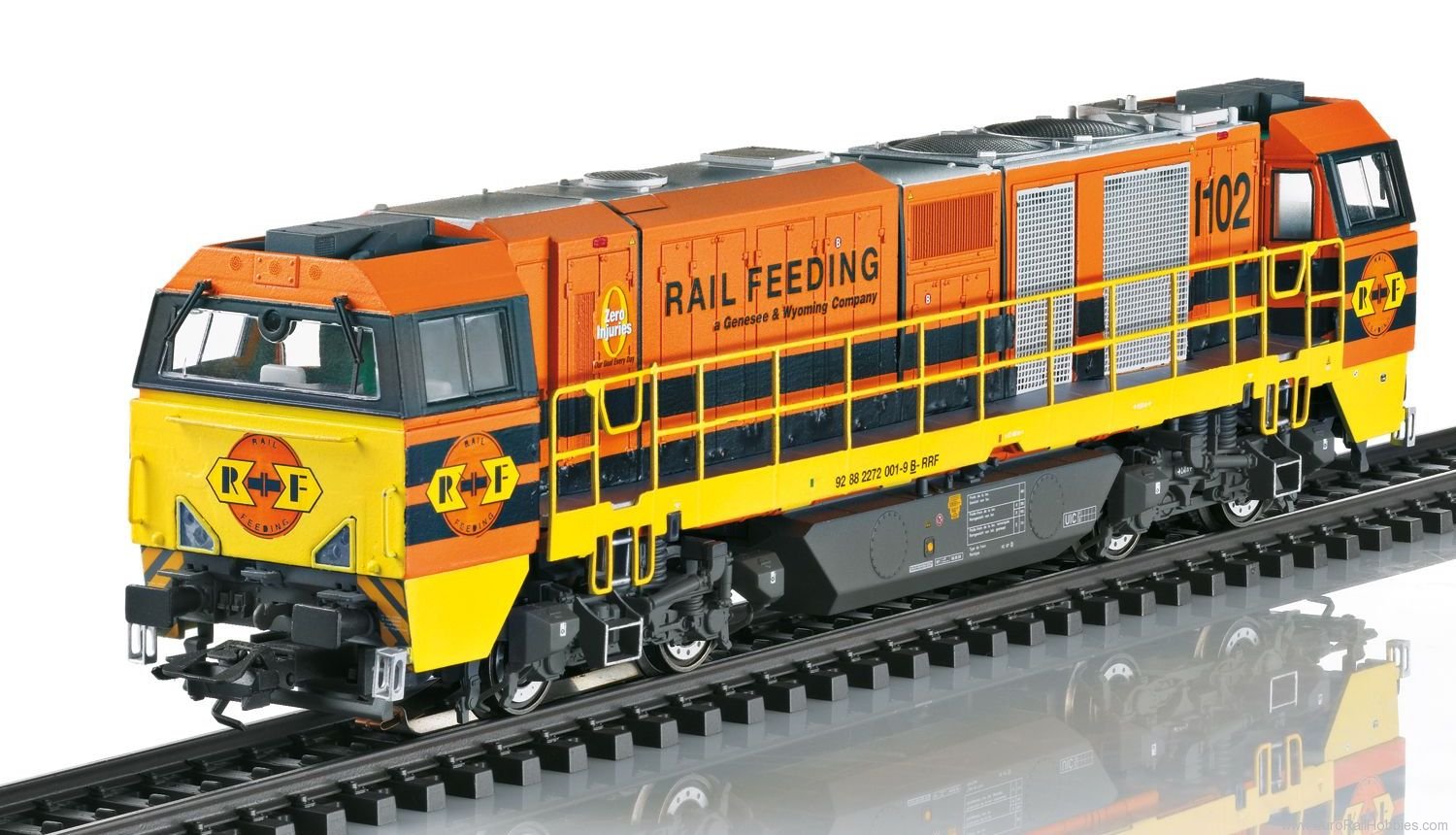 Model: The locomotive has an mfx+ digital decoder and extensive sound and light functions. It also has controlled high-efficiency propulsion with a flywheel, centrally mounted. All 4 axles powered by means of cardan shafts. Traction tires. The triple headlights and dual red marker lights change over with the direction of travel, will work in conventional operation, and can be controlled digitally. The headlights at Locomotive Ends 2 and 1 can be turned off separately in digital operation. When the headlights are off at both ends, the double "A" lights are on at both ends. The cabs have lighting and it can be controlled separately at both ends in digital operation. Maintenance-free warm white and red LEDs are used for the lighting. The locomotive has many separately applied details. The side handrails on the frame are constructed of metal. The locomotive has detailed buffer beams. Brake hoses that can be plugged into the end of the locomotive are included. End covers are included and can be mounted on the buffer beam.
Length over the buffers 20 cm / 7-7/8"