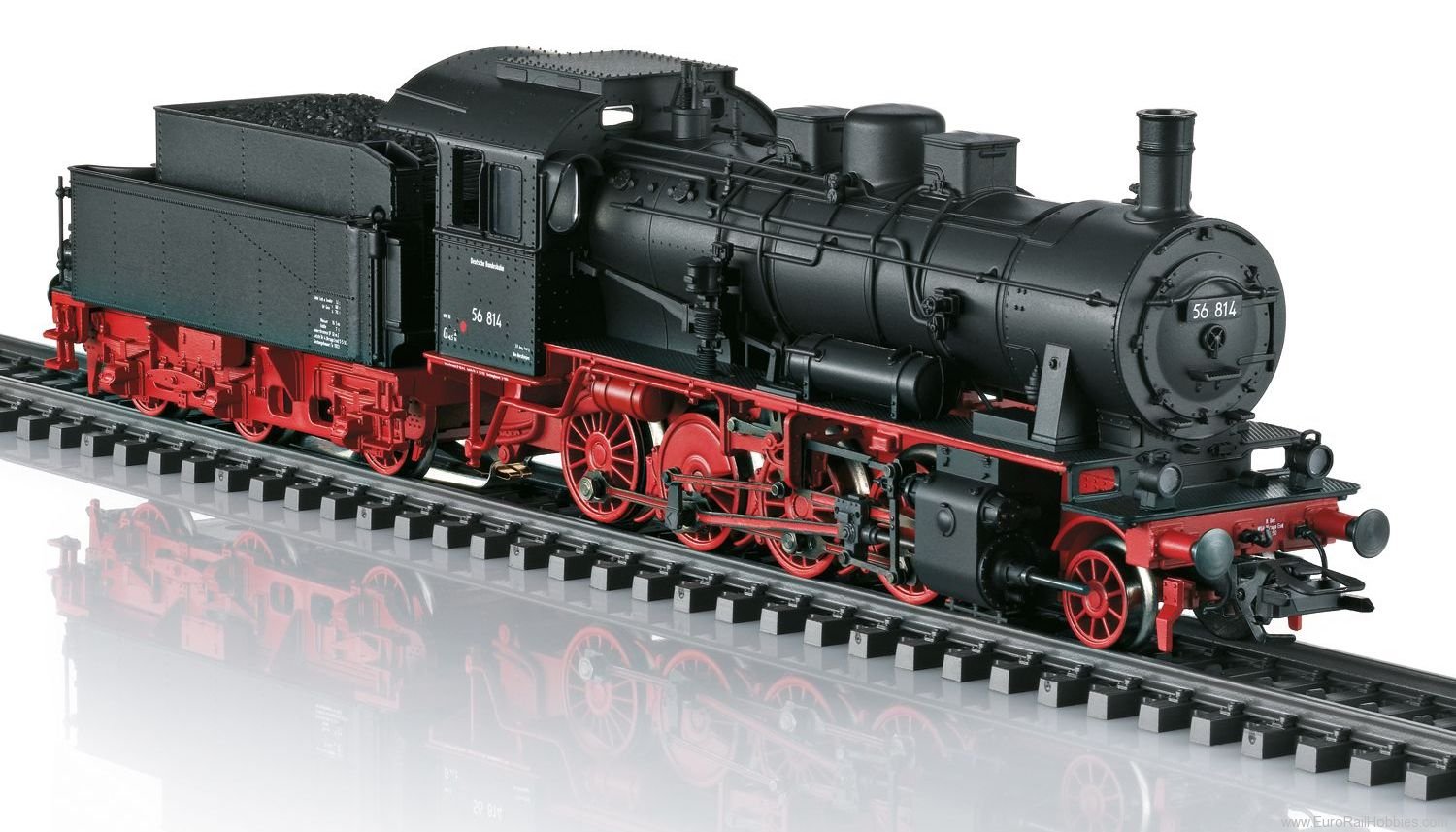 Right across the Country
In the Thirties, many class G 8.1 locomotives were converted to the class 56.2-8. The most striking feature of this conversion was the addition of a pilot truck. Moving the cab and the boiler also resulted in a completely new side view of the locomotive. These conversion measures allowed the permissible maximum speed to be increased by 15 km/h / 9 mph to 70 km/h / 44 mph. This meant that these locomotives were also suitable for passenger train service. Approximately 370 locomotives of this type were taken over by the German Federal Railroad. In 1967, the last locomotive of this class was retired on the DB.

Model: The locomotive has an mfx+ digital decoder and extensive sound functions. It also has controlled high-efficiency propulsion with a flywheel, mounted in the boiler. 4 axles powered. Traction tires. The locomotive and tender are constructed mostly of metal. A 72270 smoke unit can be installed in the locomotive. The dual headlights change over with the direction of travel. They and the built-in smoke unit will work in conventional operation and can be controlled digitally. Warm white LEDs are used for the lighting. There is a permanent close coupling with a guide mechanism between the locomotive and tender. The rear of the tender and the front of the locomotive have a close coupler with an NEM pocket. The locomotive has many separately applied details such as piping and sand pipes. Protective piston rod sleeves, brake lines, and imitation prototype couplers are included.
Length over the buffers 21.1 cm / 8-5/16"