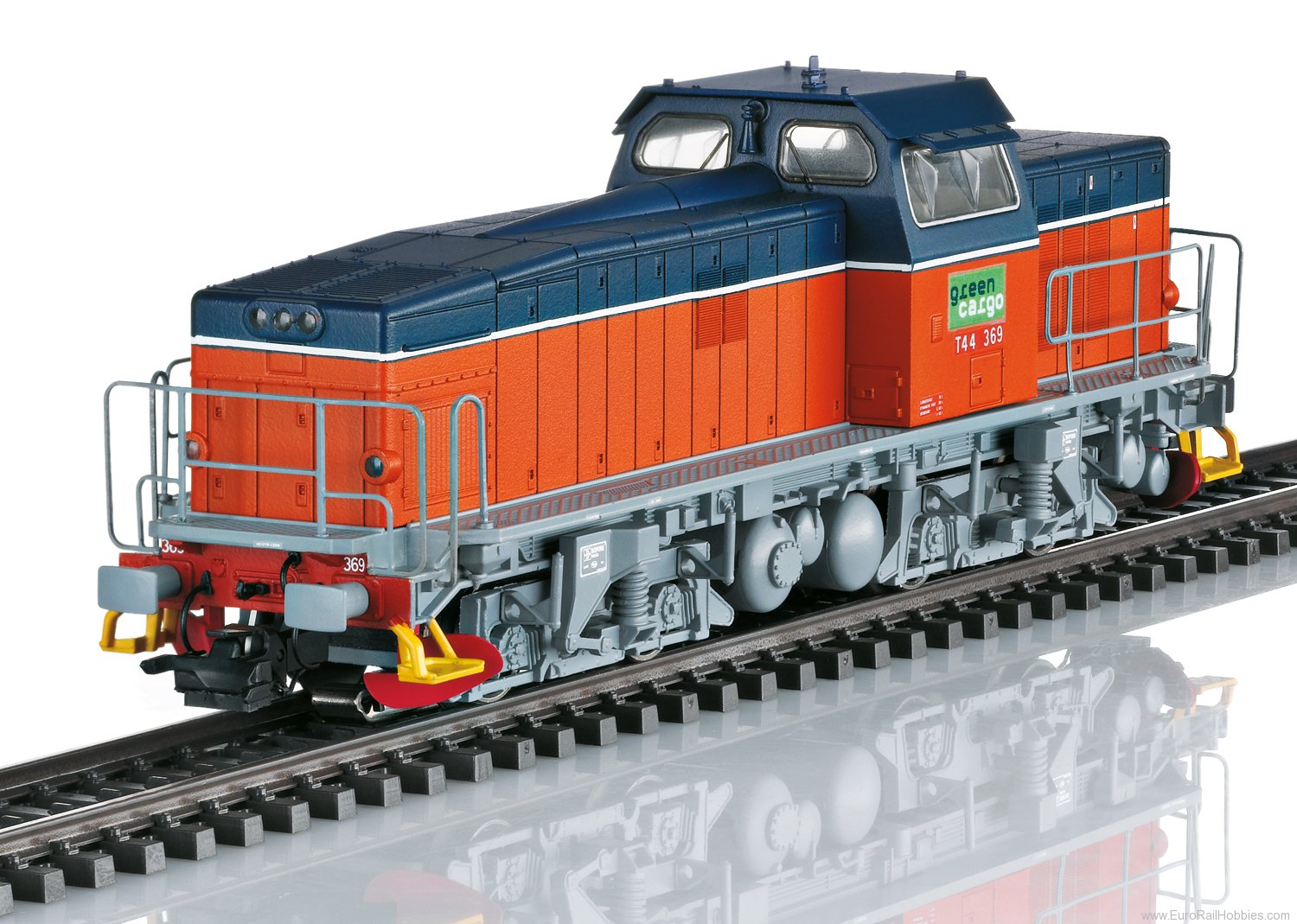 Model: The locomotive has an mfx+ digital decoder and extensive operation and sound functions. It also has controlled high-efficiency propulsion with a flywheel, centrally mounted. 4 axles powered through cardan shafts. Traction tires. The 4-light headlights and a red marker light change over with the direction of travel, will work in conventional operation, and can be controlled digitally. Additional light functions can be controlled digitally. Maintenance-free, warm white and red LEDs are used for the lighting. The locomotive has a representation of the engineer''s cab interior. It also has separately applied metal grab irons.
Length over the buffers 17.7 cm / 6-15/16"