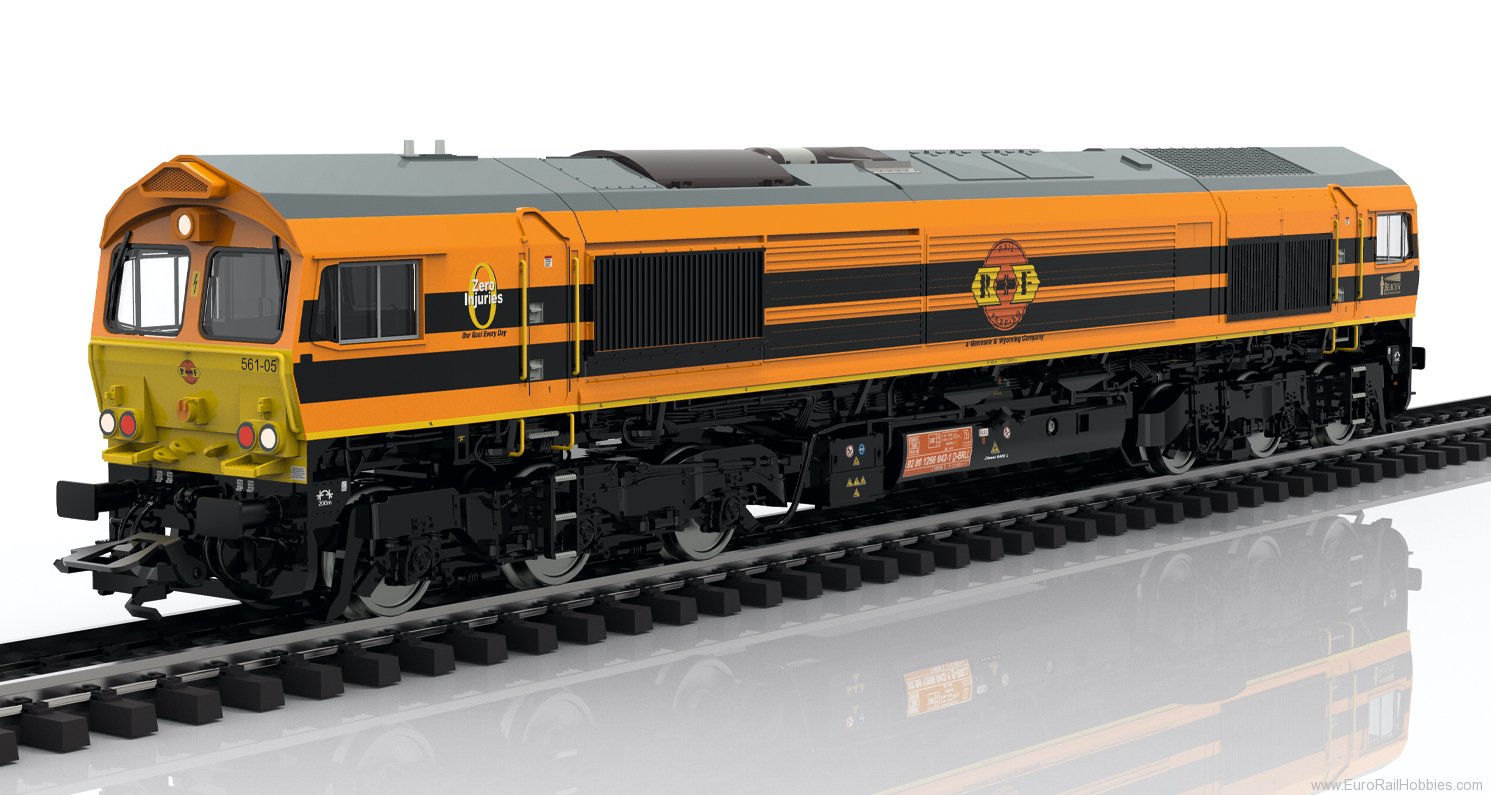 Rotterdam Rail Feeding (RRF) Class 66 The Rotterdam Rail Feeding was established in 2004 and started operations the next year. On April 15, 2008, it was taken over by the American railroad company Genesee & Wyoming. Since 2009, this company has been running freight service in all of the Netherlands and it also leases several class 66 units temporarily for this purpose.

This model can be found in a DC version in the Trix H0 assortment under item number 22692.