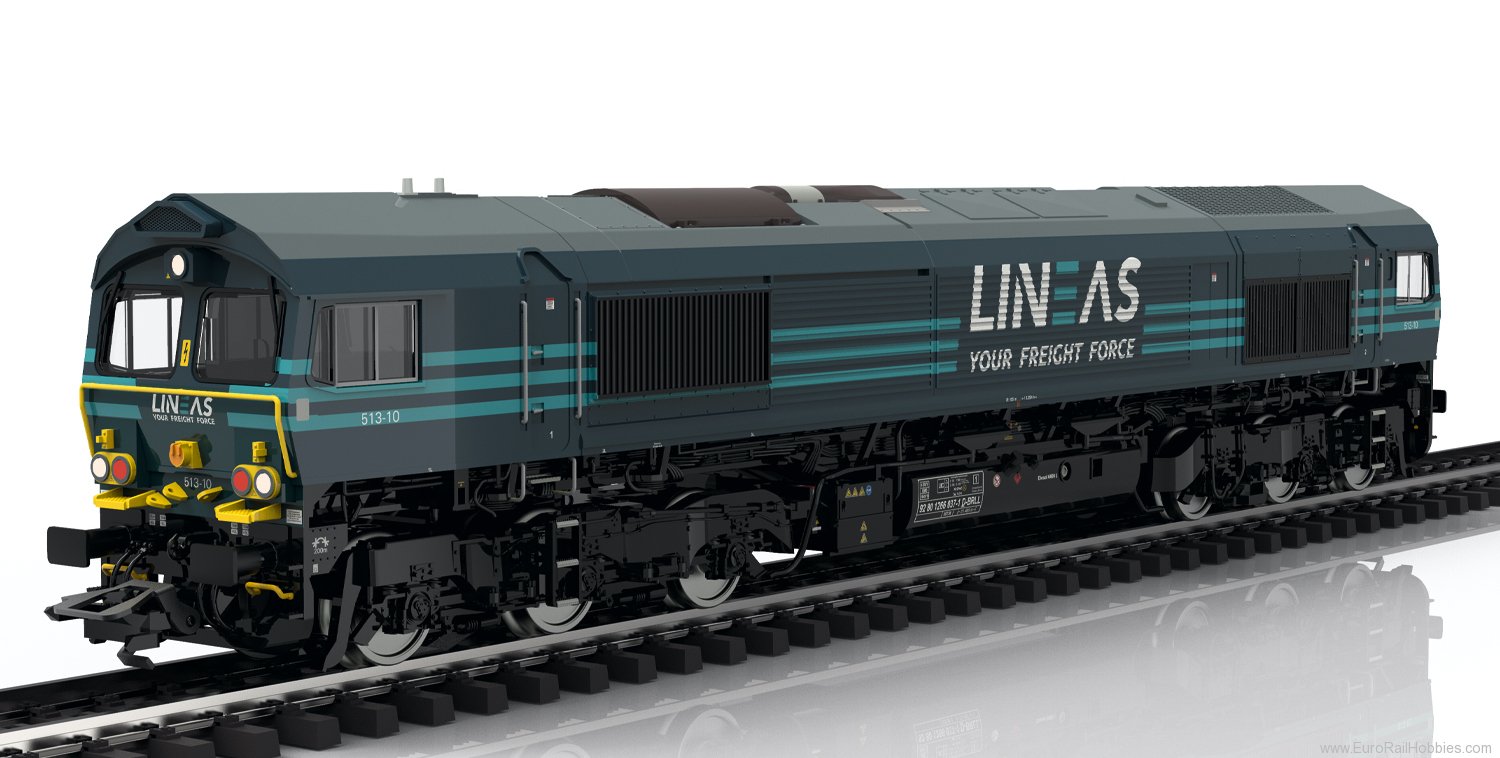 LINEAS Group Class 66 The Belgian railroad company designated since 2017 as LINEAS was established for freight service in 2005 as a subsidiary of the state-owned SNCB. After privatization in 2011 and the entry of a private investor in 2015, the company has been operated since 2017 as LINEAS with a continuing 31% participation of SNCB. LINEAS has more than 200 locomotives and 7,000 freight cars on its roster, among them a leased class 66 as road number 513-10 with the NVR number 92 80 1266 037-1 D-BRLL with the firm's colors applied as adhesive sheets.

This model can be found in a DC version in the Trix H0 assortment under item number 22693.