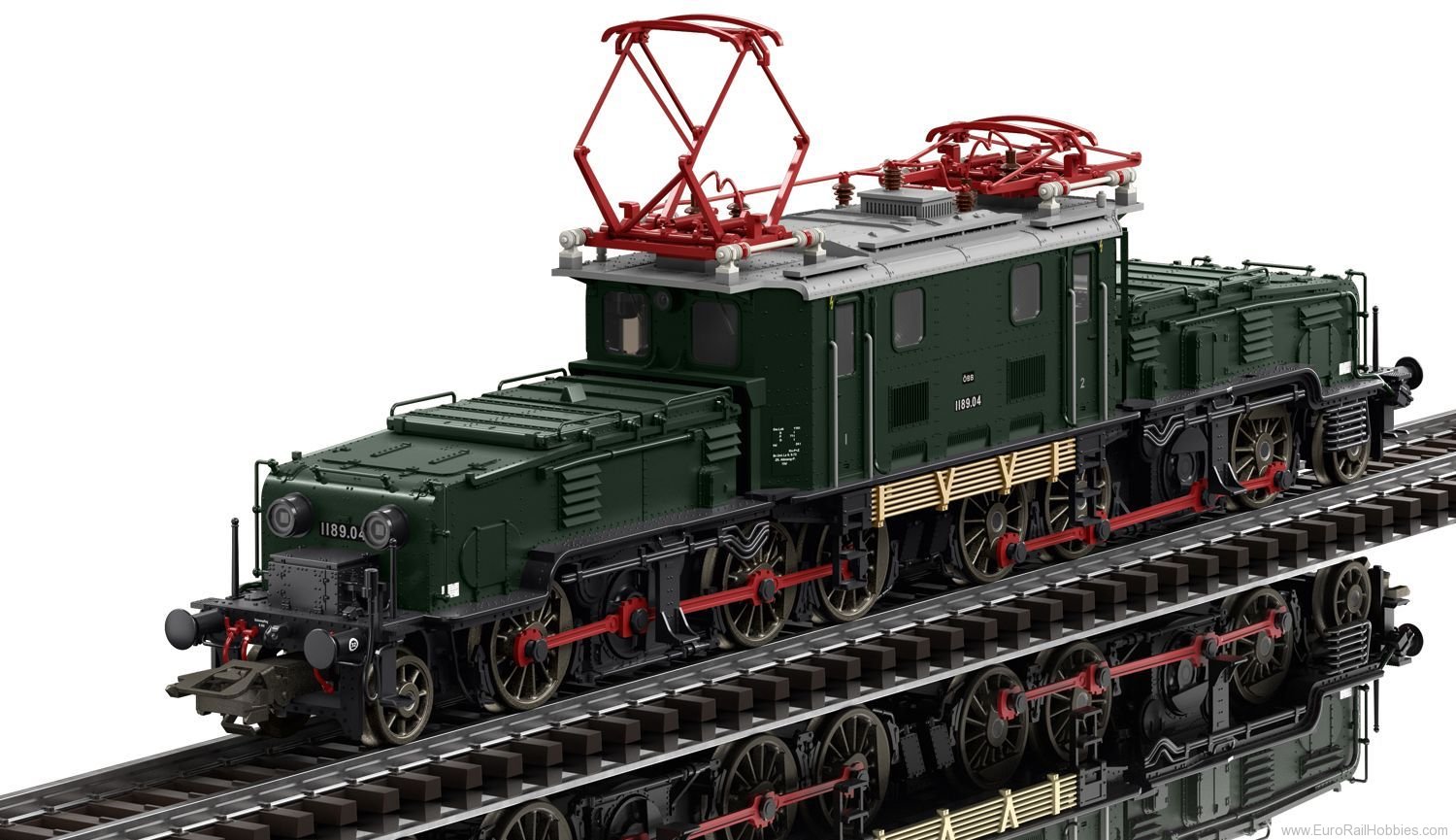 As early as the Twenties, the Austrian Federal Railways (BBÖ) decided to electrify their most important lines as quickly as possible. Seven mountain express locomotives, the class 1100 (on the ÖBB: Class 1089) were delivered in 1923/24 to the BBÖ especially for the grades in mountains. These 20,350 mm / 80 foot 1-1/2 inch long units were based on a Swiss prototype and consisted of two close-coupled driving frames, on which a short engine room bridge with a transformer, sliding relays, and two cabs was mounted with articulation. Due to their long, low, narrow hoods on the driving frames, the name "Crocodile" quickly came into use, whereby these units looked the most like crocodiles of all "Crocodiles". Since they turned out extremely well, nine more units were delivered in 1926/27 as road numbers 1100.101-109 (ÖBB: 1189.01-09). Due to altered gearing, these locomotives reached a higher speed and were equipped with more powerful motors.

Model: The locomotive has an mfx+ digital decoder and extensive sound and light functions. It also has controlled high-efficiency propulsion with a flywheel, centrally mounted. Two each driving wheels in both driving frames are powered using cardan shafts. Traction tires. The locomotive has articulated running gear to enable it to negotiate curves. The triple headlights and a red marker light change over with the direction of travel, will work in conventional operation, and can be controlled digitally. The lighting can be changed to a white marker light. The headlights at Locomotive Ends 2 and 1 can be turned off separately in digital operation. When the headlights are off at both ends, the switching light is on (1 each white at both ends of the locomotive). The cab and engine room lighting can be controlled separately in digital operation. Maintenance-free, warm white and red LEDs are used for the lighting. The locomotive has highly detailed metal construction with many separately applied details, such as cooling pipes for the transformer oil. The cabs and engine room have interior details. The locomotive has detailed roof equipment. The minimum radius for operation is 360 mm / 14-3/16". Brake hoses and imitation prototype couplers are included.
Length over the buffers approximately 23.4 cm / 9-3/16"