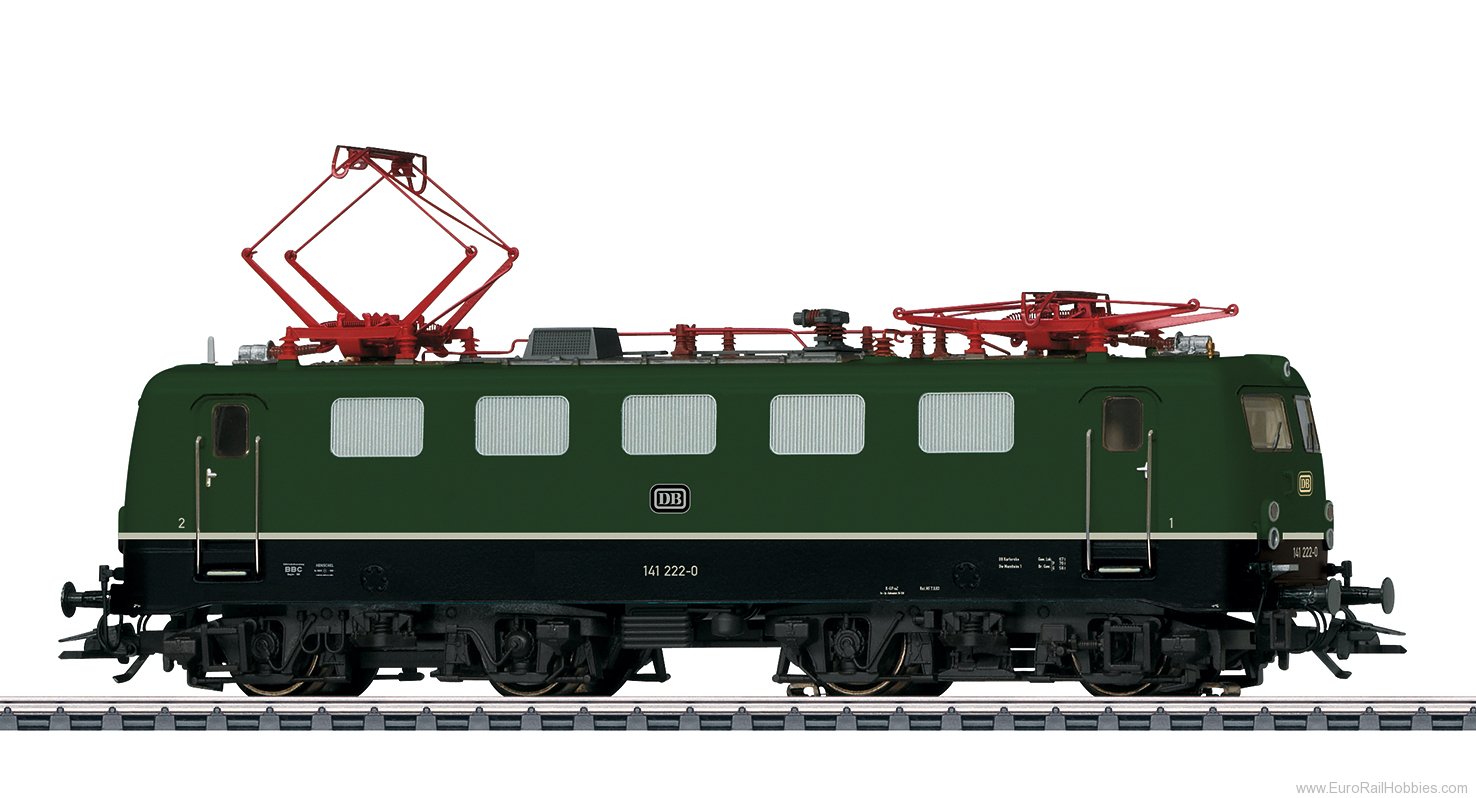 Prototype: German Federal Railroad (DB) class 141 electric locomotive. Version with 5 lamps, without a continuous rain gutter, and with rounded air vents. Chrome oxide green basic paint scheme. The locomotive looks as it did in the mid to end of the Eighties.

This model can be found in a DC version in the Trix H0 assortment under item number 25470.