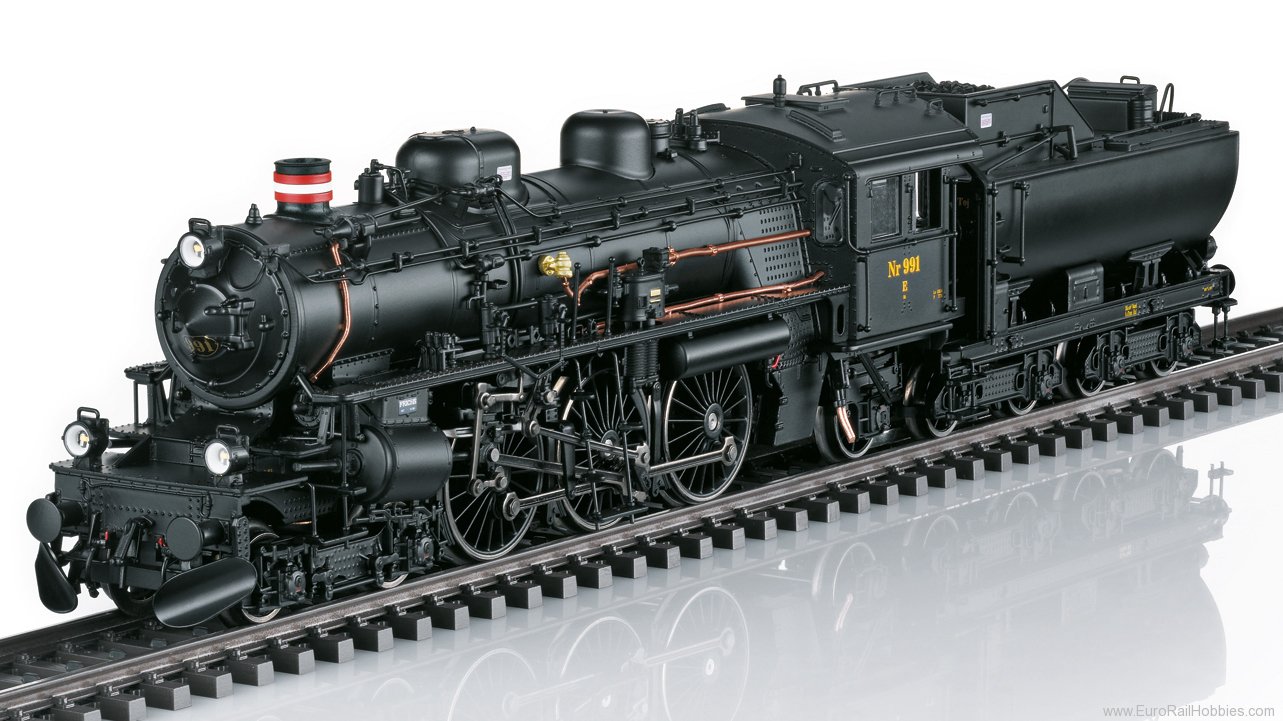 The most beautiful steam locomotive on the Danish State Railways (DSB) was the class (Litra) E. It originated among eleven Pacific express locomotives of the Swedish State Railways (SJ) class F, which disappeared from service in 1937 due to increasing electrification. The DSB was able to acquire these powerful locomotives and then roster them as road numbers E 964-974. Starting in 1940, the DSB urgently needed additional powerful steam locomotives and so it had another 25 class E locomotives built with small improvements by Frichs in Aarhus as road numbers E 975-999. These Pacifics held their own pulling passenger and freight trains up into the Sixties. However, one after the other they were put into storage. Several units were preserved however, including road number E 991 as an official DSB museum locomotive. It was in operation almost continuously until 2010 for special service and had the great honor on November 14, 2000 to be the motive power for the special train with the casket for Queen Ingrid from Copenhagen to the burial in Roskilde.

Prototype: Danish State Railways (DSB) steam locomotive with a tender, road number E 991. The locomotive looks as it did around 2007.

Model: The locomotive has an mfx+ digital decoder and extensive light and sound functions. It also has controlled high-efficiency propulsion with a flywheel, in the boiler. Three axles powered. Traction tires. The locomotive and the tender are constructed mostly of metal. The locomotive has a factory-installed smoke unit. Triple headlights on the locomotive and the tender, which change over with the direction of travel, and the built-in smoke unit will work in conventional operation and can be controlled digitally. The emergency light on the smoke box door can be controlled separately in digital operation. Cab lighting and firebox flickering can also be controlled separately in digital operation. Maintenance-free warm white and red LEDs are used for the lighting. There is an adjustable close coupling with a guide mechanism between the locomotive and tender. There is a close coupler with a guide mechanism and an NEM pocket on the tender. The minimum radius for operation is 360 mm / 14-3/16". There are many separately applied details such as steps, brake hoses, piping, and imitation prototype couplers included.
Length over the buffers approximately 24.5 cm / 9-5/8".