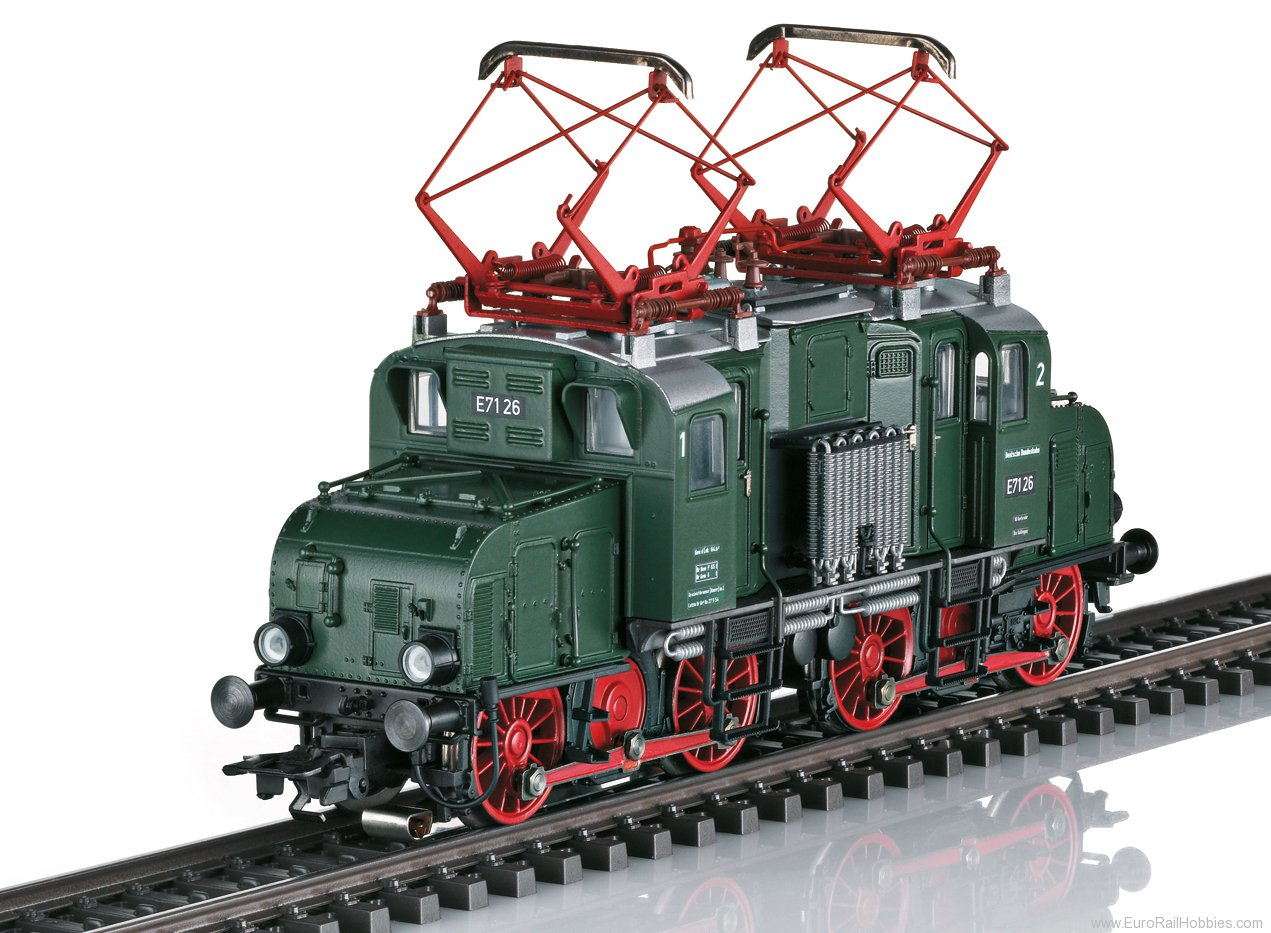 Road number E 71 26 enriched the still small Baden electric network for the Wiesen and Wehratal Line starting in 1929 as the Baden "Flat Iron" between Basle via Schopfheim and Zell or Bad Säckingen. It was placed into service in 1920 as road number EG 526 and it was part of the first regular procurement of electric locomotives for the Prussian State Railroad for freight train service. This locomotive was characterized by a modern propulsion design for that time using two trucks driven by coupling rods. It was initially used in the Central German network at Halle, and as early as 1929 road number E 71 26 went to Basle for use pulling passenger and freight trains. It remained there until its retirement on June 2, 1957.

Model: The locomotive has an mfx+ digital decoder and extensive sound functions. It also has controlled high-efficiency propulsion with a flywheel, centrally mounted. The mechanism is powered using cardan shafts to both axles in each truck. Traction tires. Dual headlights and dual red marker lights change over with the direction of travel, will work in conventional operation, and can be controlled digitally. The headlights at Locomotive Ends 2 and 1 can be turned off separately in digital operation. When the headlights are turned off at both ends, then the switching light at both ends is on. The cabs have lighting and it can be controlled separately at both ends in digital operation. Maintenance-free warm white and red LEDs are used for the lighting. Grab irons are separately applied. The cab interiors are modelled. Both trucks are connected with each other using coupling rods. Brake hoses and imitation prototype couplers are included and can be installed on the locomotive. Length over the buffers 13.3 cm / 5-1/4".