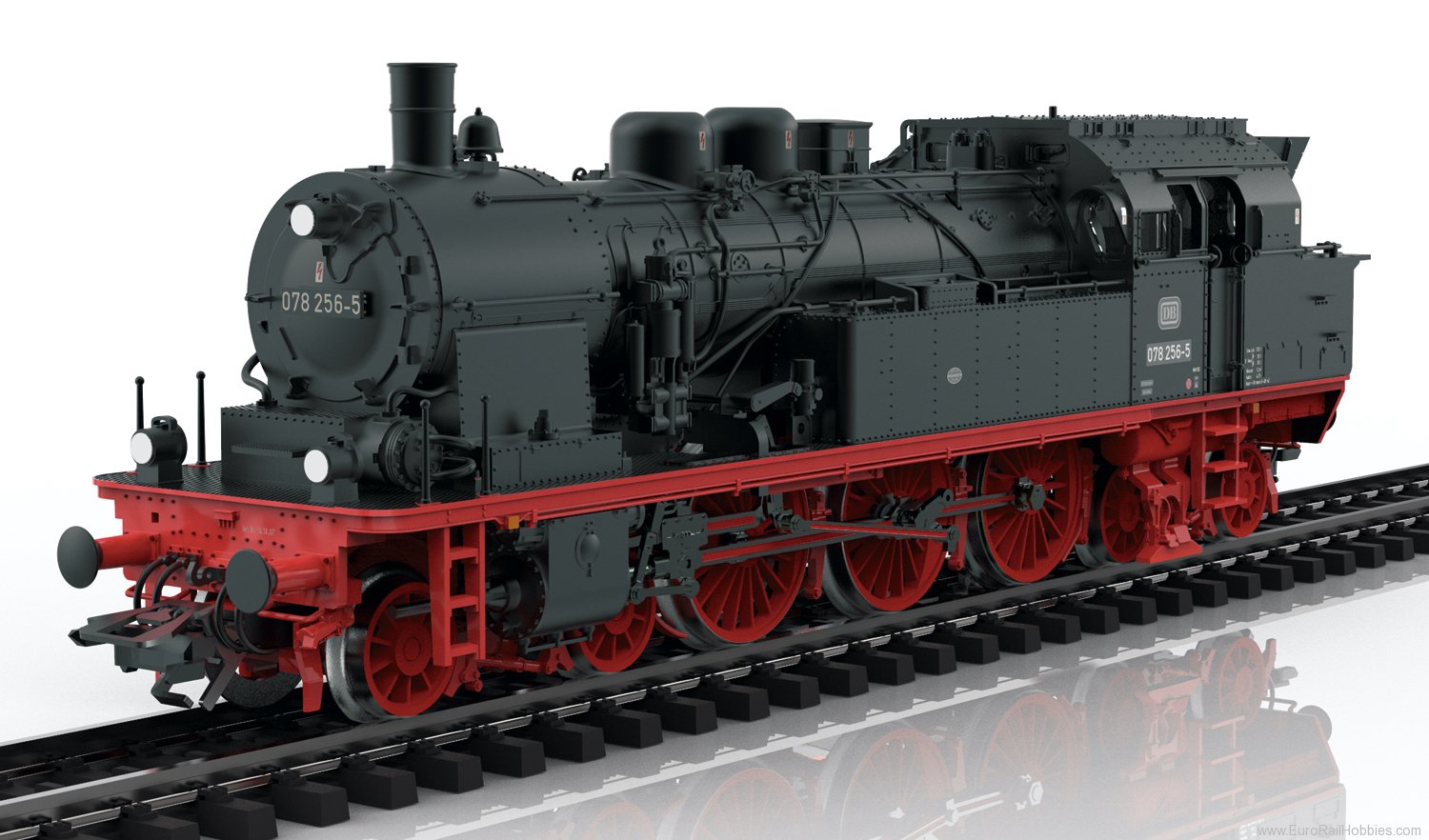 Model: The locomotive has an mfx+ digital decoder and extensive sound functions. It has controlled high-efficiency propulsion with a flywheel, mounted in the boiler. 3 axles powered. Traction tires. The locomotive is constructed mostly of metal. A 72270 smoke generator can be installed in the locomotive. The triple headlights change over with the direction of travel. They and the smoke generator contact will work in conventional operation and can be controlled digitally. Dual red marker lights can be controlled separately in digital operation. The cab lighting can be controlled digitally. Maintenance-free warm white and red LEDs are used for the lighting. The locomotive has numerous separately applied grab irons and piping. The minimum radius for operation is 360 mm / 14-3/16". Protective piston rod sleeves and brake hoses are included.
Length over the buffers approximately 17 cm / 6-11/16".