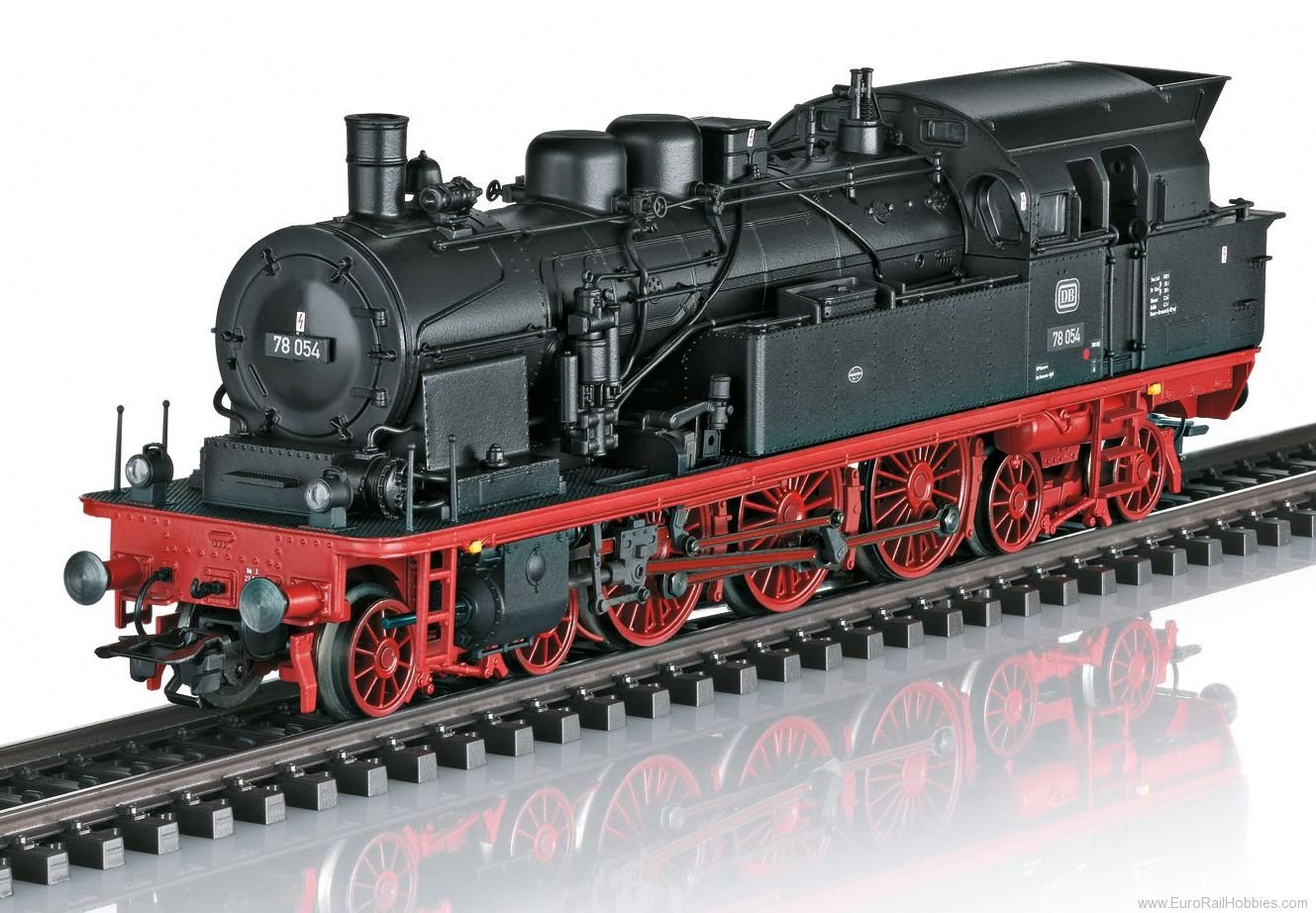 Every Class 78 Is Somewhat Different
Starting in 1912, the T 18 was one of the most successful German tank locomotives with its symmetrical design with three coupled wheel sets, two trucks, large fuel and water tanks, and a maximum speed of 100 km/h / 62.5 mph in both directions of travel. Road number 78 054 served as the Märklin prototype, and it was among the first deliveries of the T 18. As with almost all units, it was built in 1916 at the Stettin Vulcan Works and it kept its Prussian curved cab roof until it was retired. However, a new boiler with three boiler domes was included in a subsequent main overhaul, thus changing the original looks of road number 78 054 as with many of its sister locomotives. As road number T 18 8411 Erf, road number 78 054 took up its duties in the Erfurt District at Naumburg, where it remained until 1926/27. Then it went to the Hamburg District, initially to Hamburg-Altona and finally in 1936 to Hamburg Berl. It last change of district was in March of 1948 to Hannover. There this locomotive was in use at Hannover Hgbf until 1963, and then it was briefly assigned to Hildesheim. However, soon it was put into storage and shortly thereafter was retired on July 1, 1964.

Prototype: German Federal Railroad (DB) class 78 (former Prussian class T18) steam tank locomotive. Version with three boiler domes (D-D-S), and a rectangular sand dome. Dual headlights, cab with an arched roof, riveted water tanks, turbo dynamo on the left side, smoke box door without central locking and with the number board centrally located, coal bunker with raised construction. Road number 78 054. Based in Hannover. The locomotive looks as it did around 1956.

Model: The locomotive has an mfx+ digital decoder and extensive sound functions. It has controlled high-efficiency propulsion with a flywheel, mounted in the boiler. 3 axles powered. Traction tires. The locomotive is constructed mostly of metal. A 72270 smoke generator can be installed in the locomotive. The dual headlights change over with the direction of travel. They and the smoke generator contact will work in conventional operation and can be controlled digitally. Dual red marker lights can be controlled separately in digital operation. The cab lighting can also be controlled in digital operation. Maintenance-free warm white and red LEDs are used for the lighting. The locomotive has numerous separately applied metal grab irons and piping. The minimum radius for operation is 360 mm / 14-3/16". Protective piston rod sleeves and brake hoses are included.
Length over the buffers approximately 17 cm / 6-11/16".