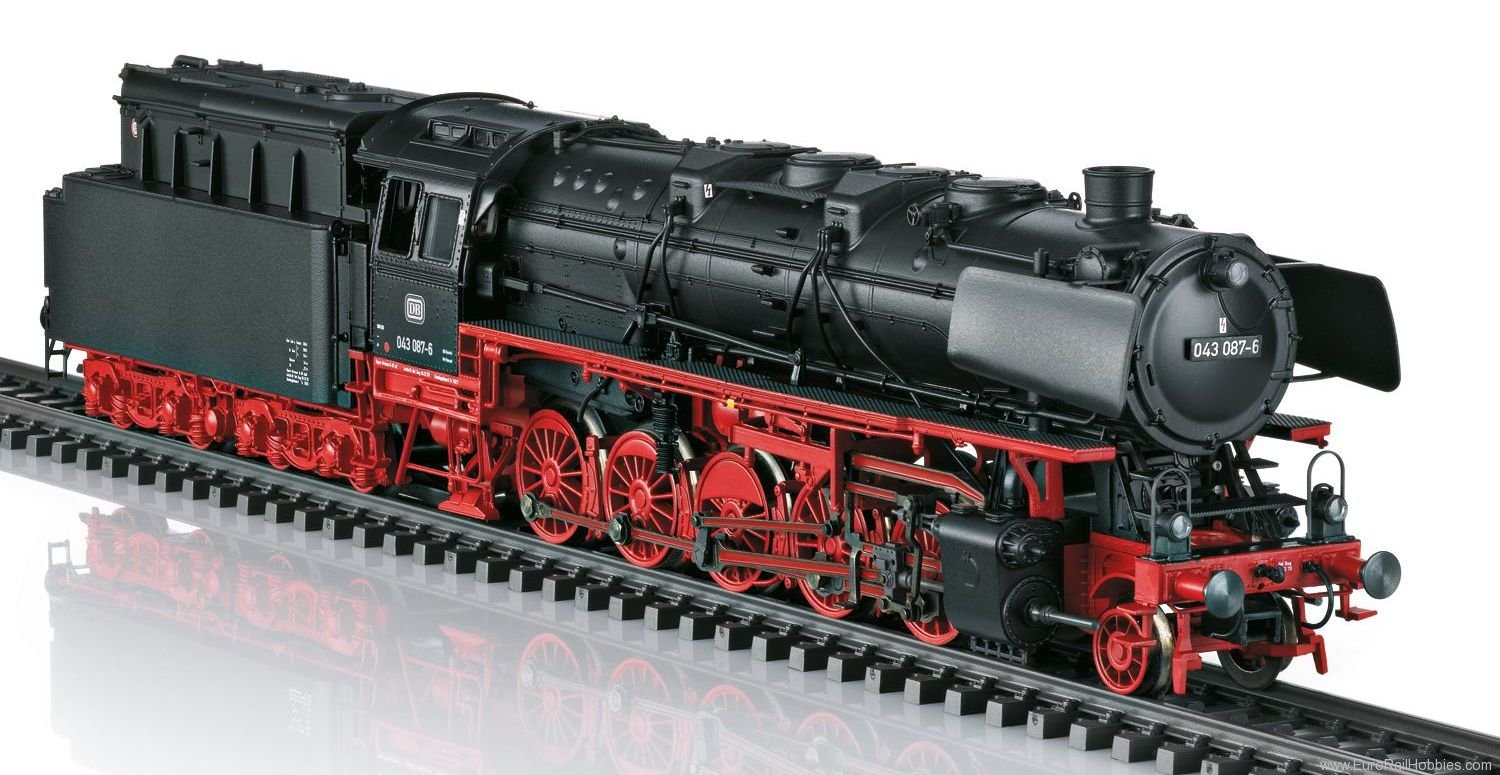 "Langer Heinrich" / "Long Henry" Oil Jumbo
It was an impressive sight when two class 44 Öl (starting in 1968: 043) heavy freight steam locomotives were double-headed to pull the ore trains "Langer Heinrich" / "Long Henry" with up to 4,000 metric tons load up to 80 km/h / 50 mph from Emden in the direction of the Ruhr Area or Saarland. This use of these oil-fired units was the high point for many years of heavy freight service on the DB and can now be reproduced on a model railroad. Starting in 1955, the DB had 32 class 44 locomotives equipped with oil firing, which allowed an increase in performance of around 190 horsepower. By the end of steam motive power on the DB in October of 1977, the last class 043 units were in use at Rheine and Emden.

Model: The locomotive has an mfx+ digital decoder and extensive sound functions. It also has controlled high-efficiency propulsion with a flywheel, mounted in the boiler. 5 axles powered. Traction tires. The locomotive and oil tender are constructed mostly of metal. The 7226 smoke generator can be installed in the locomotive. The triple headlights and the smoke generator, which can be installed in the locomotive, will work in conventional operation and can be controlled digitally. The cab lighting can also be controlled digitally. Maintenance-free, warm white LEDs are used for the lighting. There is a close coupling between the locomotive and tender. There is an NEM coupler pocket with a guide mechanism and a close coupler on the back of the tender and the front of the locomotive. The minimum radius for operation is 360 mm / 14-3/16". Piston rod protection tubes, brake hoses, and imitation prototype couplers are included.
Length over the buffers 26 cm / 10-1/4"