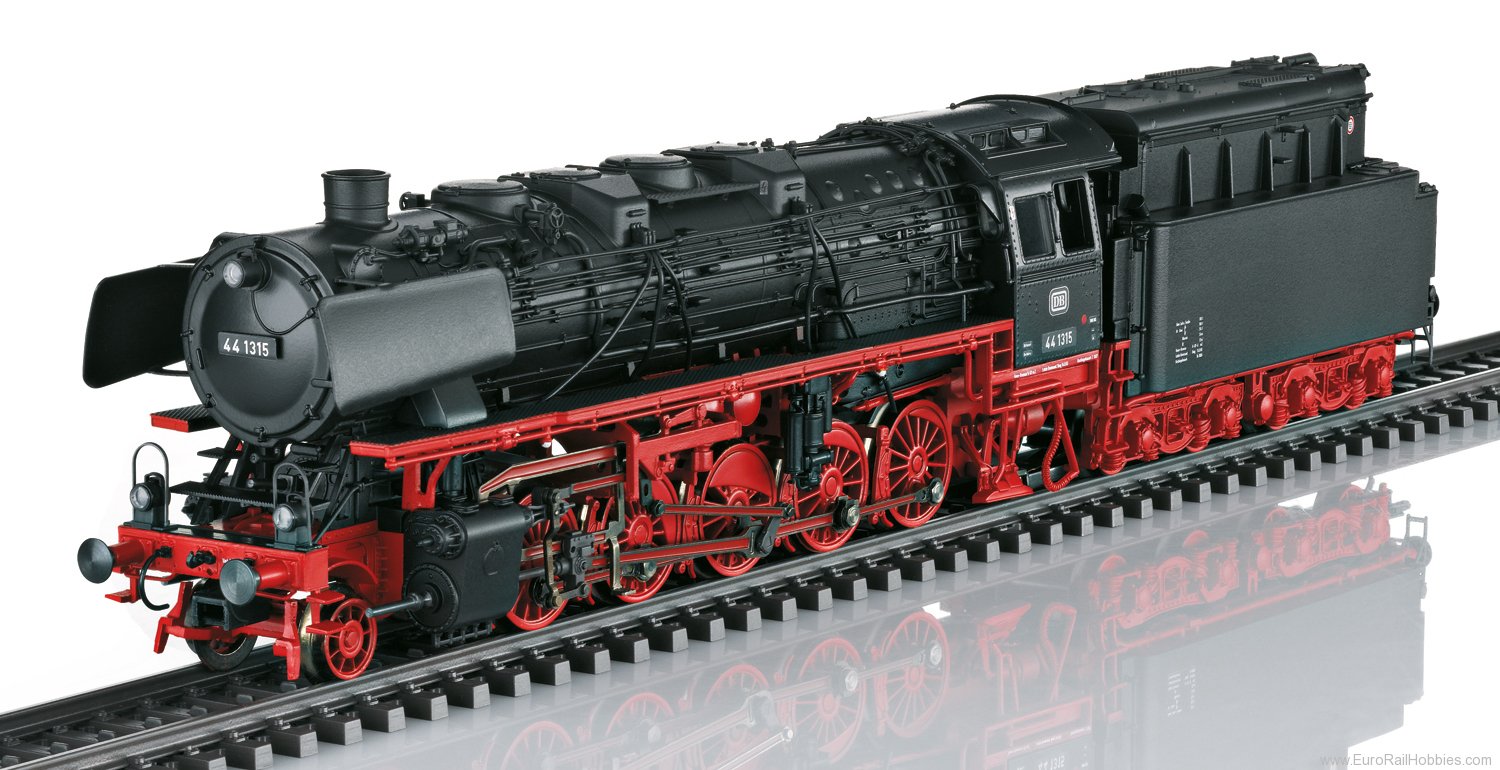 By the end of DB steam locomotive operation, road number 44 1315 (starting in 1968: 043 315), an oil-fired freight locomotive carried on its service without hesitation, finally at Emden pulling mostly heavy ore trains in the Emsland area. Even on October 26, 1977 - the last day of DB steam locomotive operation - it showed one more time what it could do. Towards two in the afternoon, it was pulling one of those famous 4,000 metric ton ore trains under the gaze of a large number of photographers from the ore station to the Emden freight yard. On September 12, 2018, it moved back up to a star position, when it moved in as a tremendous spectacle and to the applause of numerous onlookers as a new landmark of the Märklineum in Göppingen.

The locomotive has an mfx+ digital decoder and extensive sound functions. It also has controlled high-efficiency propulsion with a flywheel, mounted in the boiler. 5 axles powered. Traction tires. The locomotive and the oil tender are constructed mostly of metal. The 7226 smoke unit can be installed in the locomotive. The triple headlights change over with the direction of travel. They and the smoke unit that can be installed in the locomotive will work in conventional operation and can be controlled digitally. The cab lighting can also be controlled separately in digital operation. Maintenance-free warm white LEDs are used for the lighting. There is a close coupling with a guide mechanism between the locomotive and tender. There is a close coupler with an NEM pocket and a guide mechanism on the tender and on the front of the locomotive. The minimum radius for operation is 360 mm / 14-3/16". Protective sleeves for the piston rods, brake hoses, and imitation couplers are included as detail parts. A DVD is also included showing the history of this steam locomotive as well as its transport to the Märklineum and subsequent restoration.
Length over the buffers 26 cm / 10-1/4".