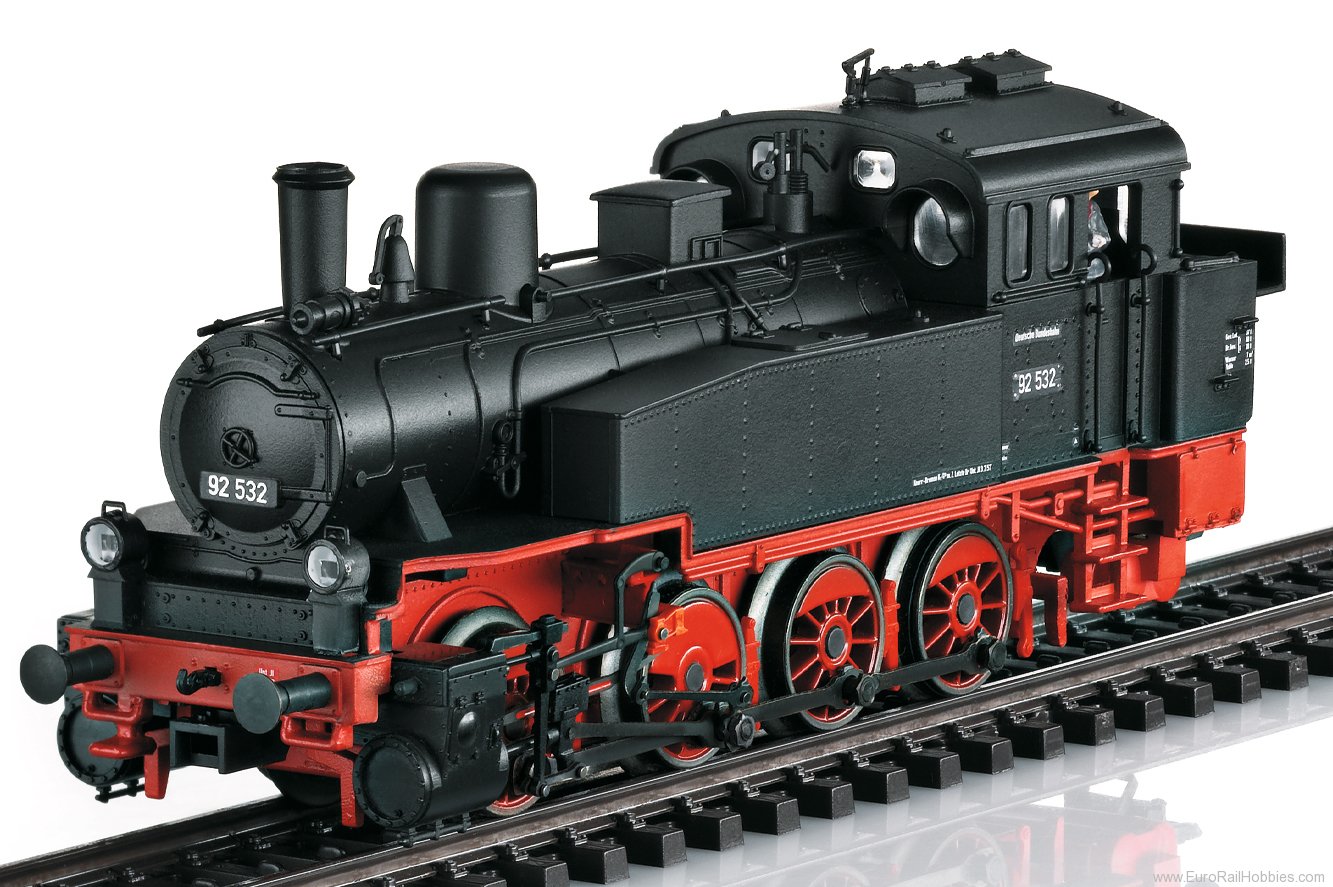 Model: The locomotive has an mfx+ digital decoder and extensive sound functions. It also has controlled high-efficiency propulsion with a flywheel, mounted in the boiler. 4 axles powered. Traction tires. The dual headlights change over with the direction of travel, can be controlled digitally, and will work in conventional operation. Maintenance-free warm white LEDs are used for the lighting. Length over the buffers 12.8 cm / 5".

This locomotive can be found in a DC version in the Trix H0 assortment under item number 22977.

Between 1909 and 1916, 572 pieces of this class of tank locomotive were built for various railroad companies. Most of them were used in Prussia. Their great reliability assured these units an extremely long service life. Road number 92 532 was built in 1910 by the Union Foundry Company in Königsberg under builder number 1863. At the end of the Fifties, it was stationed in Minden. There it was retired on August 5, 1959.