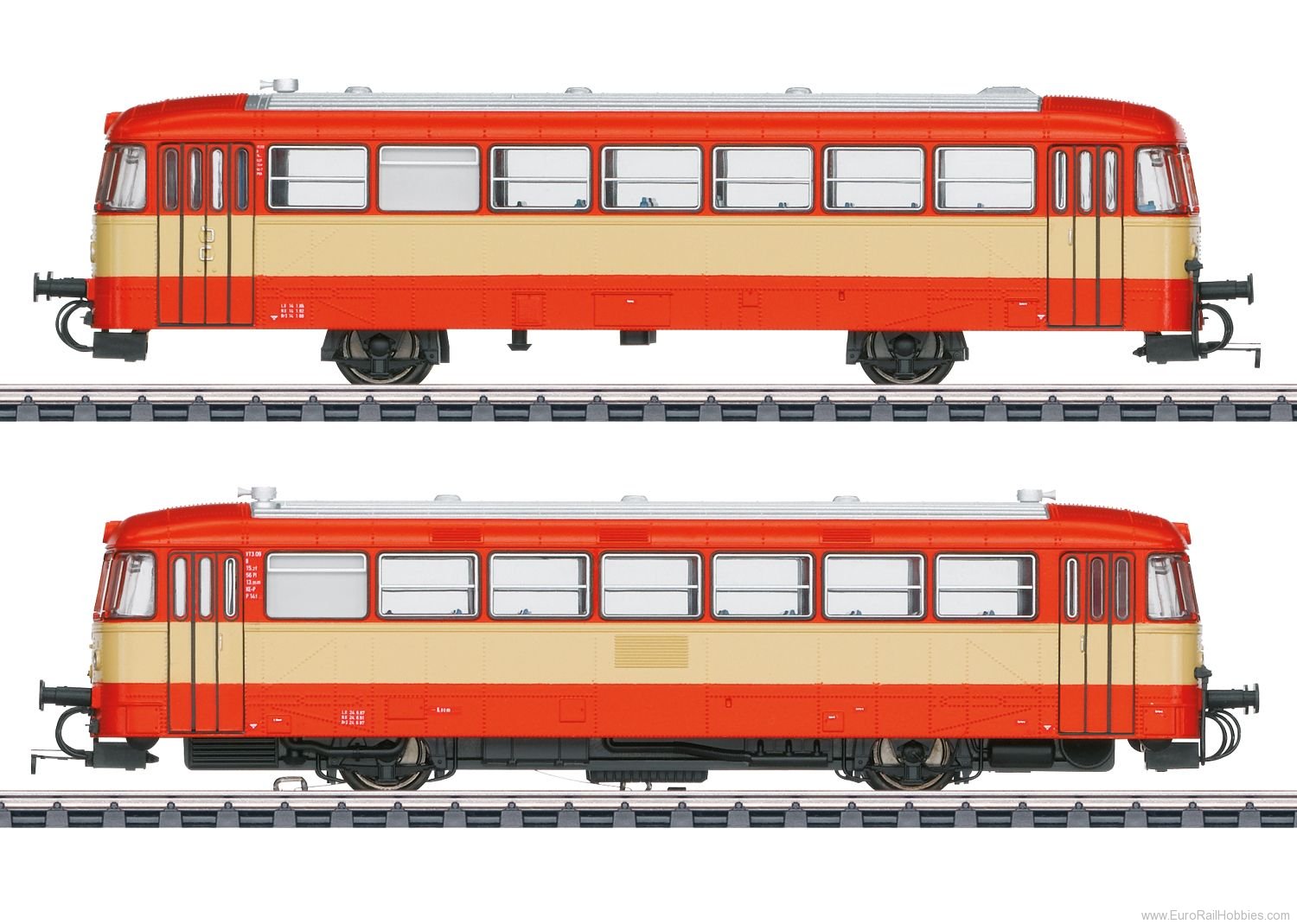 our price
$399.96 USD
Temporarily out of stock
(Available to order ) 
add to cart

Prototype: Altona-Kaltenkirchen-Neumünster Railroad Company (AKN) class VT 3.09 rail bus motor car and class VS 3.51 rail bus control car. The unit looks as it did at the end of the Eighties.

Model: The motor car has an mfx+ digital decoder and extensive sound and light functions. It also has controlled high-efficiency propulsion. 2 axles powered. Traction tires. The motor car has factory-installed interior lighting. The triple headlights and dual red marker lights change over with the direction of travel and along with the interior lighting will work in conventional operation and can be controlled digitally. The headlights and marker lights on the motor car can be turned off separately at each end in digital operation. The control car has factory-installed interior lighting. At the control end of the car, there are triple headlights and dual red marker lights that change over with the direction of travel. The rail bus units have a current-conducting drawbar coupling with a guide mechanism between them. A current-conducting drawbar coupling and brake hoses are included. Maintenance-free warm white and red LEDs are used for the lighting. Both units have and open view through the operator's stands and the passenger area.
Length over the buffers of the two-unit set 32.2 cm / 12-11/16".