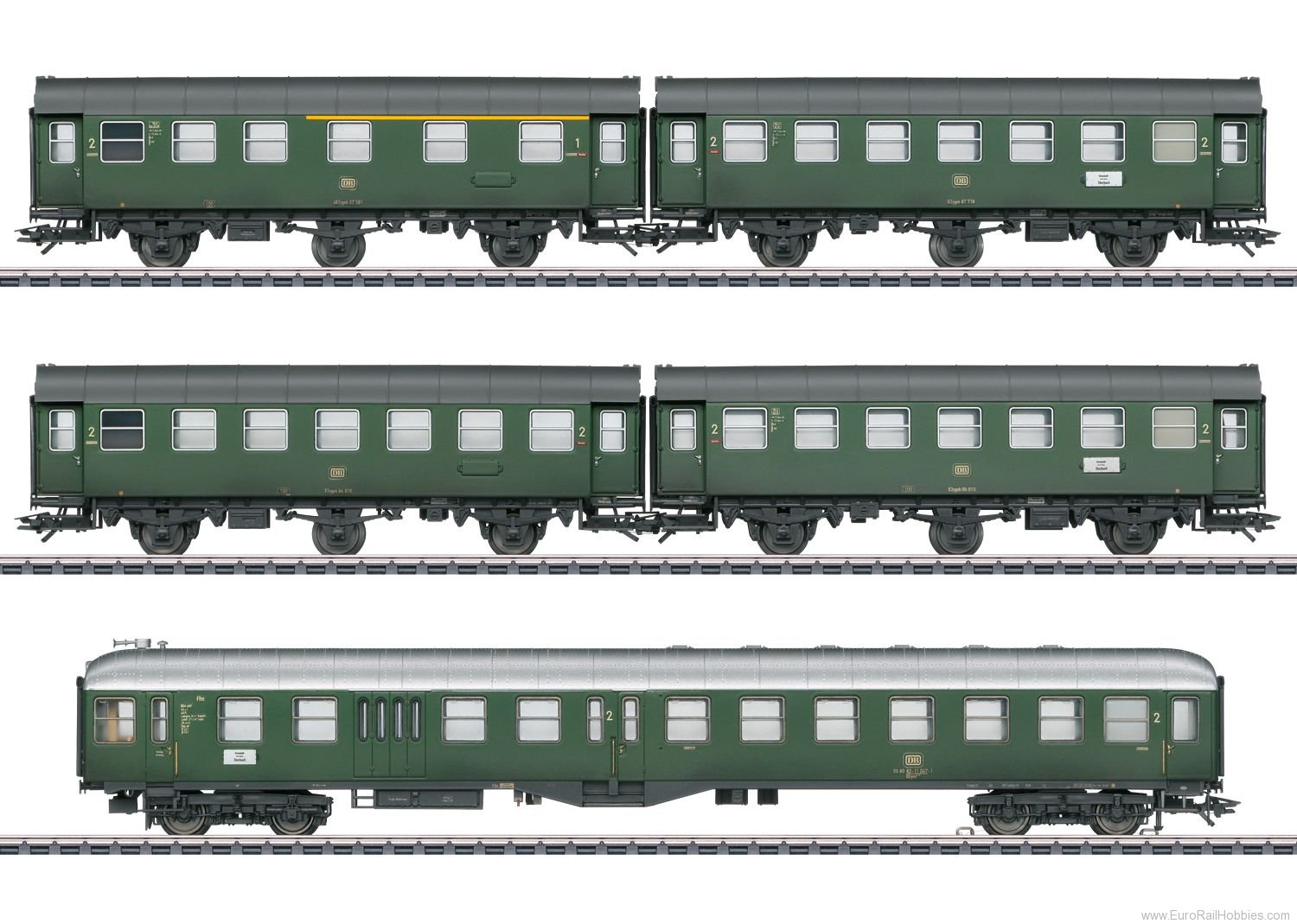 All of the cars have factory-installed interior lighting with maintenance-free warm white LEDs and factory-installed current-conducting close coupler heads. The cab control car also has an mfx digital decoder and sound functions. It also has triple headlights and dual red marker lights that change over with the direction of travel, will work in conventional operation, and can be controlled digitally. The factory-installed interior lighting can be controlled digitally. Cab lighting can be controlled digitally. The factory-installed current-conducting close couplers can be controlled digitally. The car underbodies are specific to the car types. The end of the cab control car without a cab has transparent red marker light inserts. The trucks are Minden-Deutz heavy designs with double brake shoes. The truck at the cab end of the car has rail clearance devices, a Sifa train safety relay box, an inductive magnet, and a type D 62 generator. The minimum radius for operation is 360 mm / 14-3/16". A toilet downpipe and a shuttle train control line are included as separate parts for installation for presentation in a display case.
The entire car consist can be supplied with current from the cab control car. A fixed sequence of cars is required for this. All of the cars have authentic weathering. Total length over the buffers approximately 89.2 cm / 35-1/8".