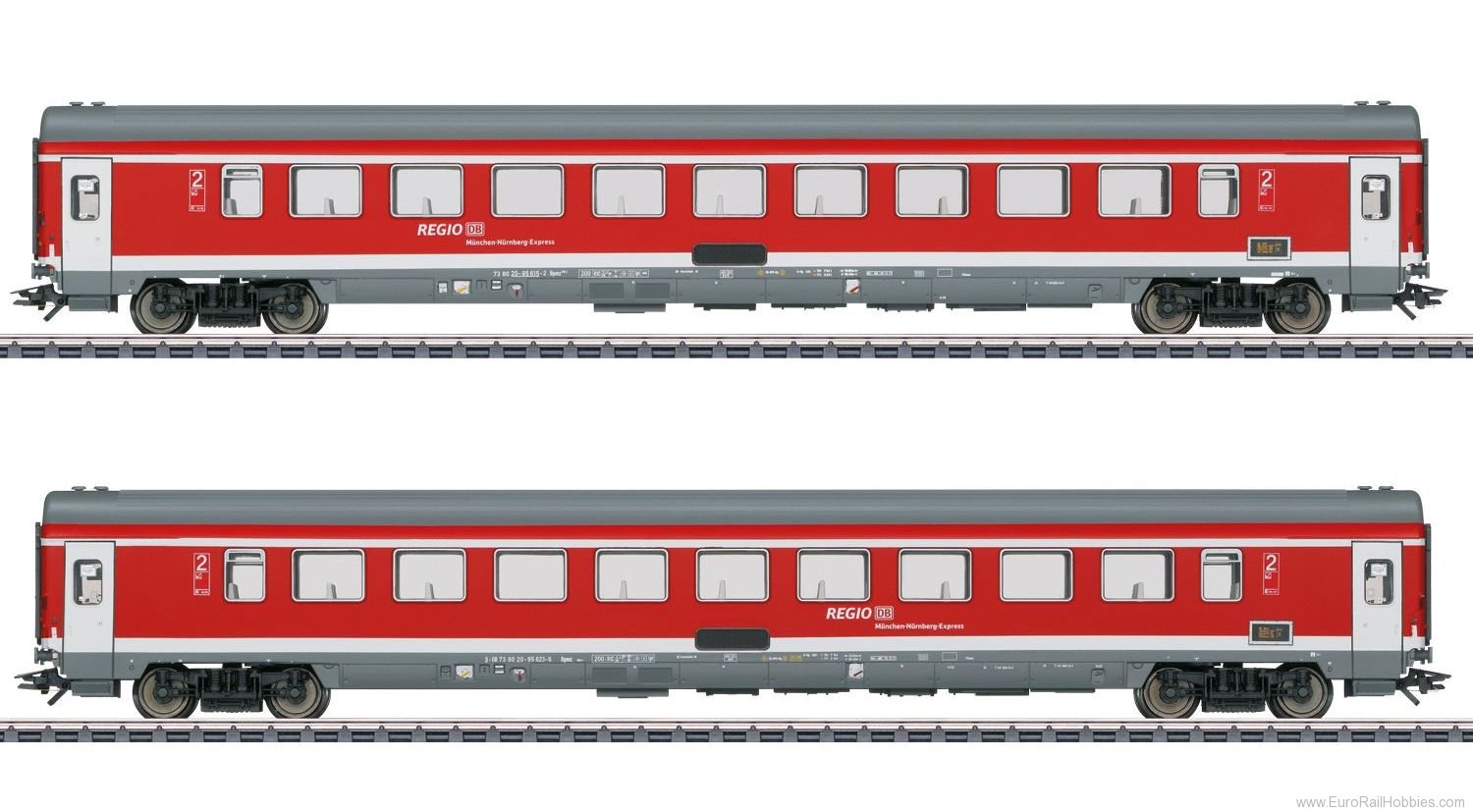 Both of the cars have factory-installed LED interior lighting with warm white LEDs. Both of the cars have factory-installed current conducting close coupler heads. The interior lighting for these cars only works in conjunction with the cab control car from the 42988 set and this lighting can be turned on and off digitally with the decoder. The roof shapes, side walls, underbodies, skirting, and interior details are specific to the type of car. The cars have design features of pressure-resistant cars such as SIG diaphragms. Both include MD trucks without a generator. Both of the cars have imprinted car route signs and different position numbers. The minimum radius for operation is 360 mm / 14-3/16". Total length over the buffers approximately 56.5 cm / 22-1/4".