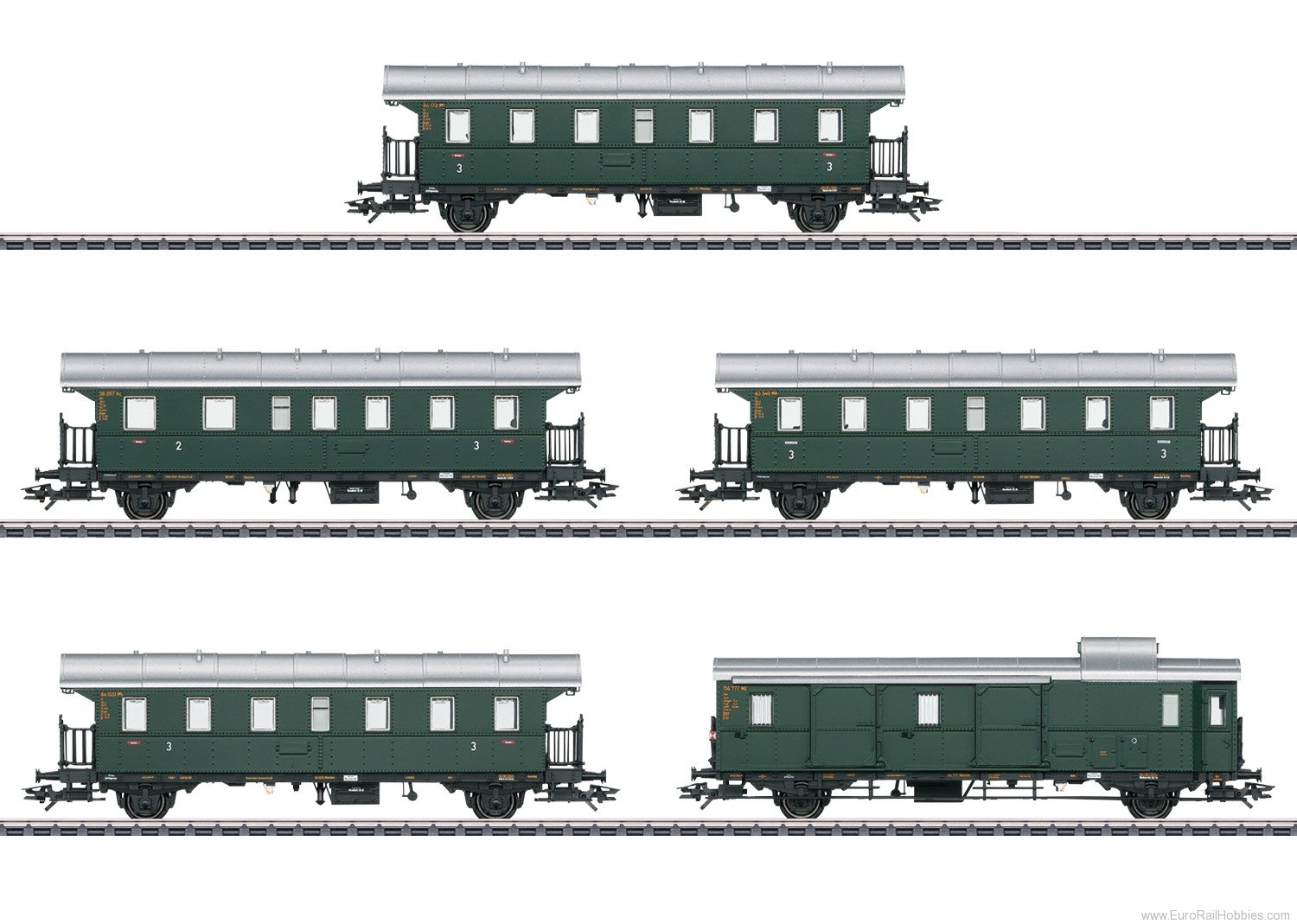 One-time series only for members of the Marklin Insider Club

Model: All of the cars have factory-installed LED interior lighting and current-conducting couplers. The car consist can be supplied with current from the steam locomotive, road number 78 1001, (item number 39781) by means of the built-in current-conducting close couplers. The interior lighting can be controlled digitally from the locomotive. The baggage car has built-in marker lights. Inside the cars are 35 miniature figures from the firm Preiser. A figure of a loading agent with packages is included. The passenger cars have open platforms and walkover plates. The baggage car has sliding doors that can be opened. Total length over the buffers approximately 80.8 cm / 31-13/16".