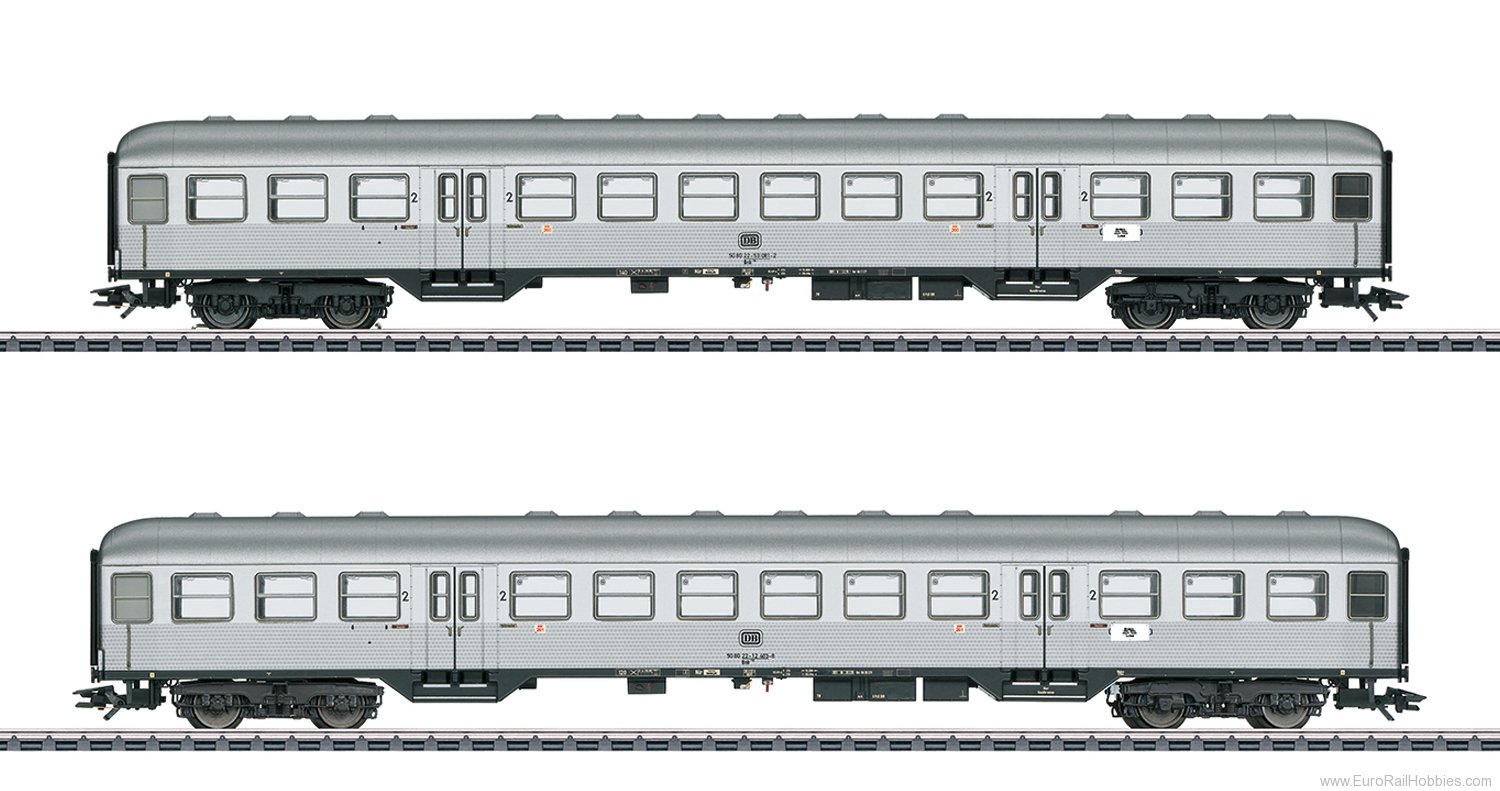 Model: The minimum radius for operation is 360 mm / 14-3/16". The underbodies are specific to the car types. The trucks have conventional brake shoes. Both cars have factory-installed LED interior lighting, each car with operating current-conducting couplers. Downpipes and switchman's steps are included. Total length over the buffers approximately 57 cm / 22-7/16".

Prototype: Two German Federal Railroad (DB) fast train passenger cars, known colloquially as "Silberlinge" / "Silver Coins". Both cars 2nd class. Fast train E 2002 from Ludwigstadt to Saalfeld. The cars look as they did at the end of the Seventies.