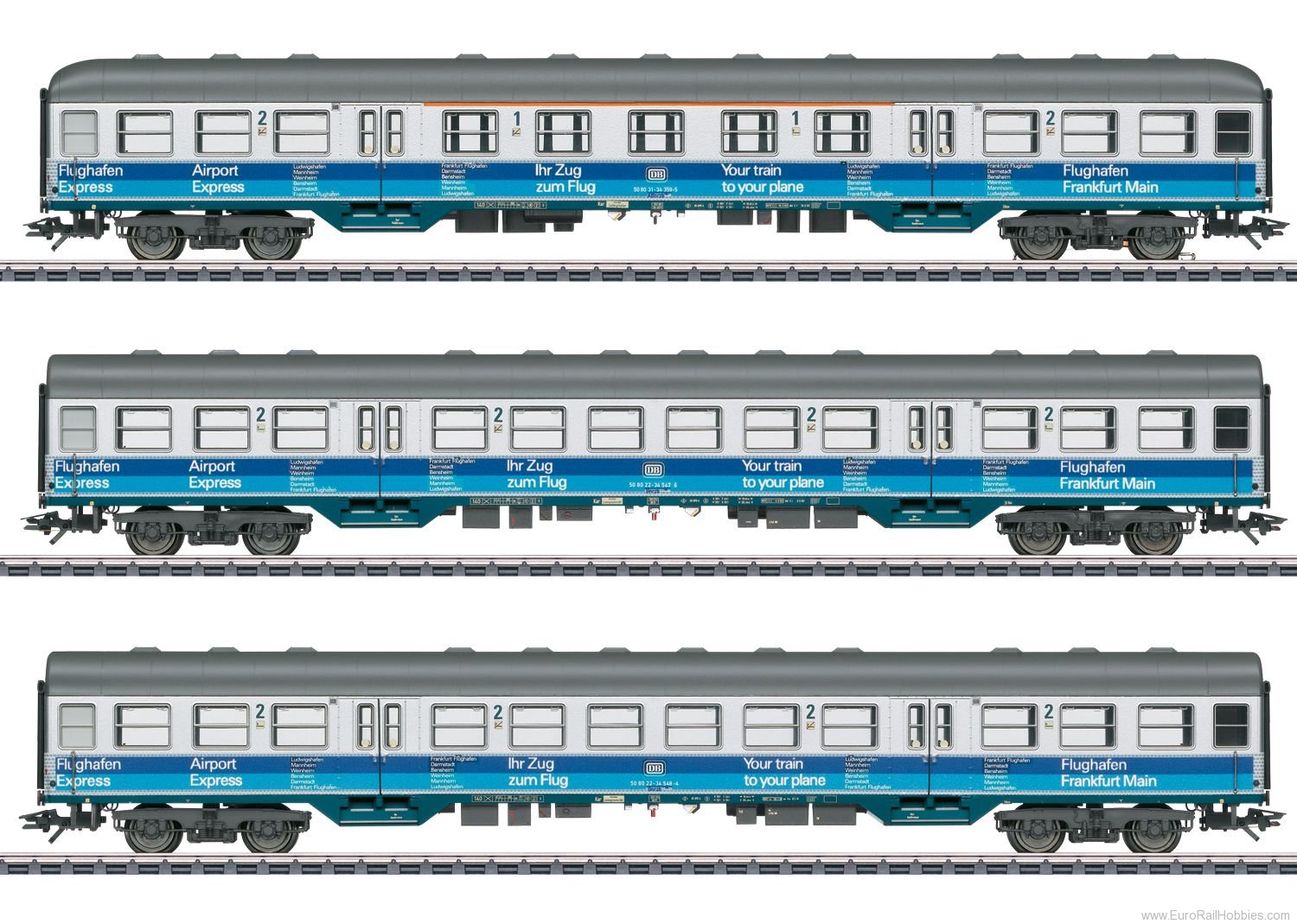 Model: The cars have underbodies specific to the car types. The trucks have disk brakes. All of the cars include factory-installed LED interior lighting and operating, current-conducting close couplers. One car includes built-in marker lights. Downpipes and brakeman's steps are included. The minimum radius for operation is 360 mm / 14-3/16". All of the cars are individually packaged. Total length over the buffers approximately 85 cm / 33-1/2"