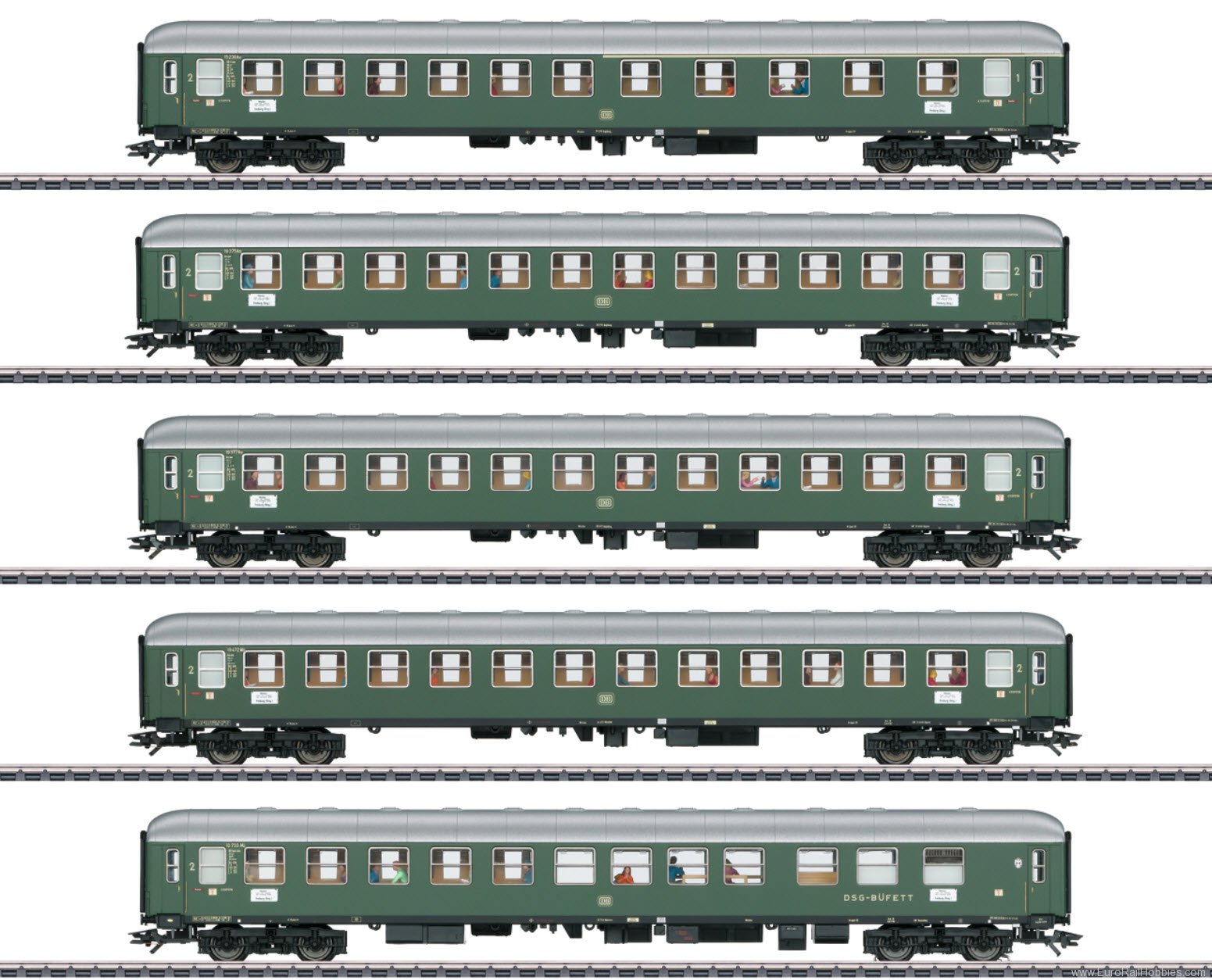 This express train passenger car set can be found in a DC version in the Trix H0 assortment under item number 23132 exclusively for Trix Club members.