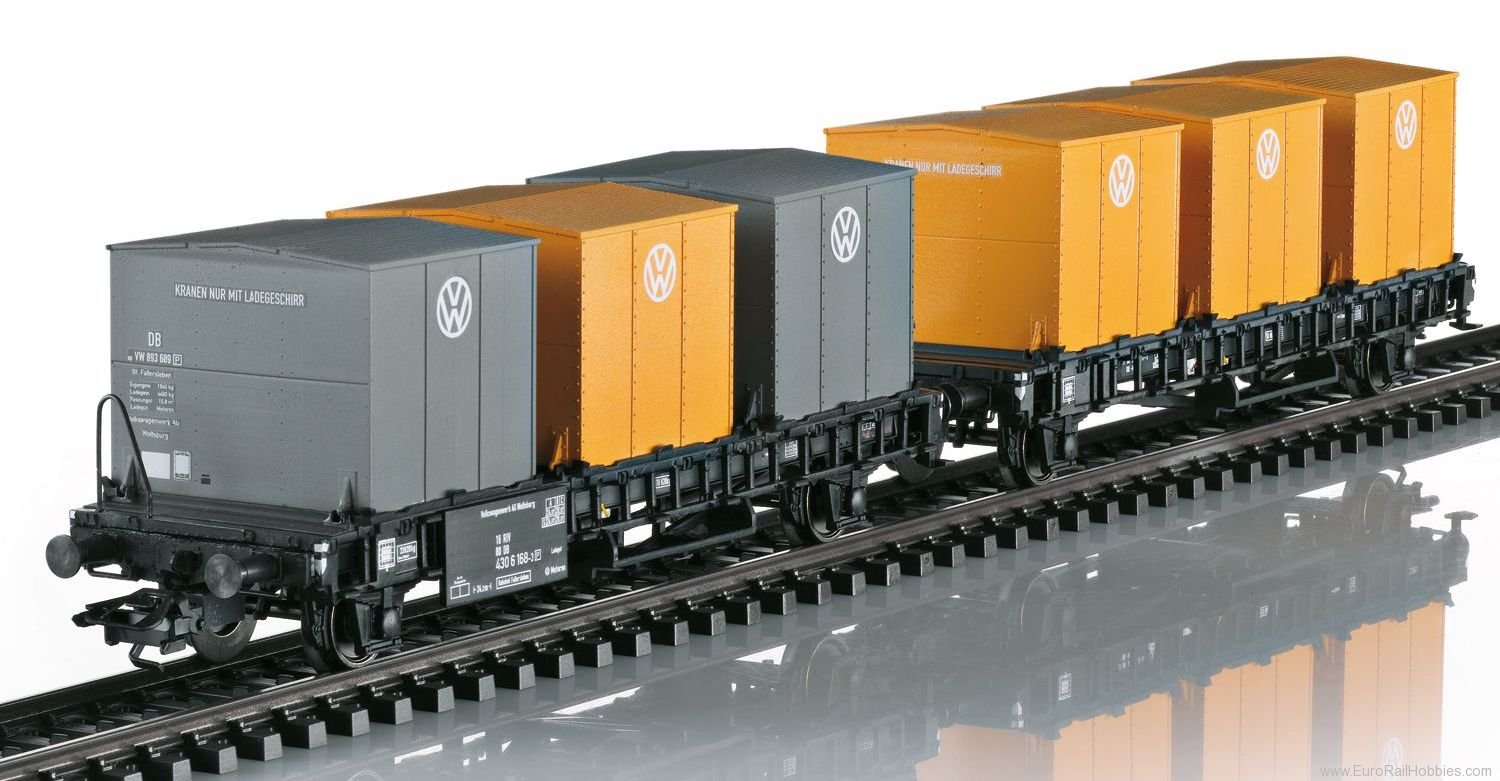 An Extremely Creative Idea
VW and the German Federal Railroad developed an extremely creative idea, when they concluded an agreement in 1959 for transport by rail of motors and transmissions between various VW production sites. The solution consisted of standardized containers, which could be transported on close-coupled type Rm(r)so 31 double units of rebuilt stake cars. They now had only flat superstructures with wood floors, on which the transport frames for the containers were mounted. Six containers fit on each double unit, which were filled with either 36 motors or 96 transmissions. In 1966, the container transport cars for motors and transmissions ran between Hannover and Wolfsburg, Emden and Ingolstadt as well as with the same destinations and later also to Brussels from Kassel-Baunatal. Starting in 1970 came the additional destinations of Salzgitter, Neckarsulm, Stuttgart, and Osnabrück (Karman).