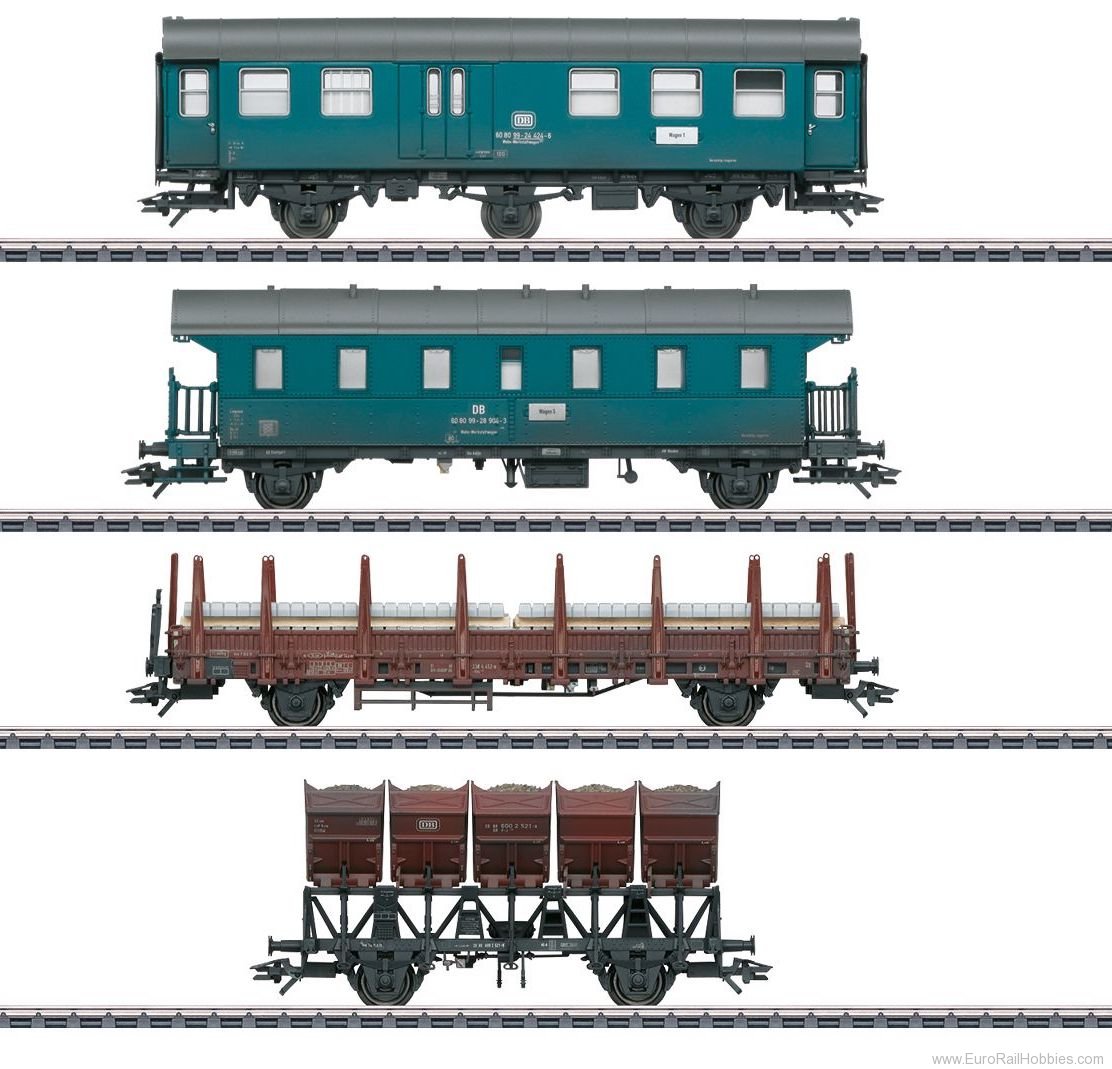 Prototype: Four different design German Federal Railroad (DB) cars, for use in construction trains. A three-axle "Rebuild Car" as Crew/Workshop Car 587, a 2-axle passenger car as Crew/Workshop Car 476, a type Kbs 443 2-axle stake car, and a type F-z 120 2-axle dump car. The cars look as they did around 1978.

Model: Both passenger cars are in the ocean blue basic paint scheme typical for construction trains. There is a representation of windows with frosted glass. In addition, some windows are imprinted from inside. The stake car has a load of ties. Stakes are included separately. The tubs on the dump car are loaded with ballast. All of the cars are lightly weathered.
Total length over the buffers approximately 58 cm / 22-13/16".
DC wheelset E700580 and in addition E406240 for the 3-axle Rebuild Car.

A class 260 diesel locomotive to go with this construction train is offered under item number 39690, also exclusively for the MHI.