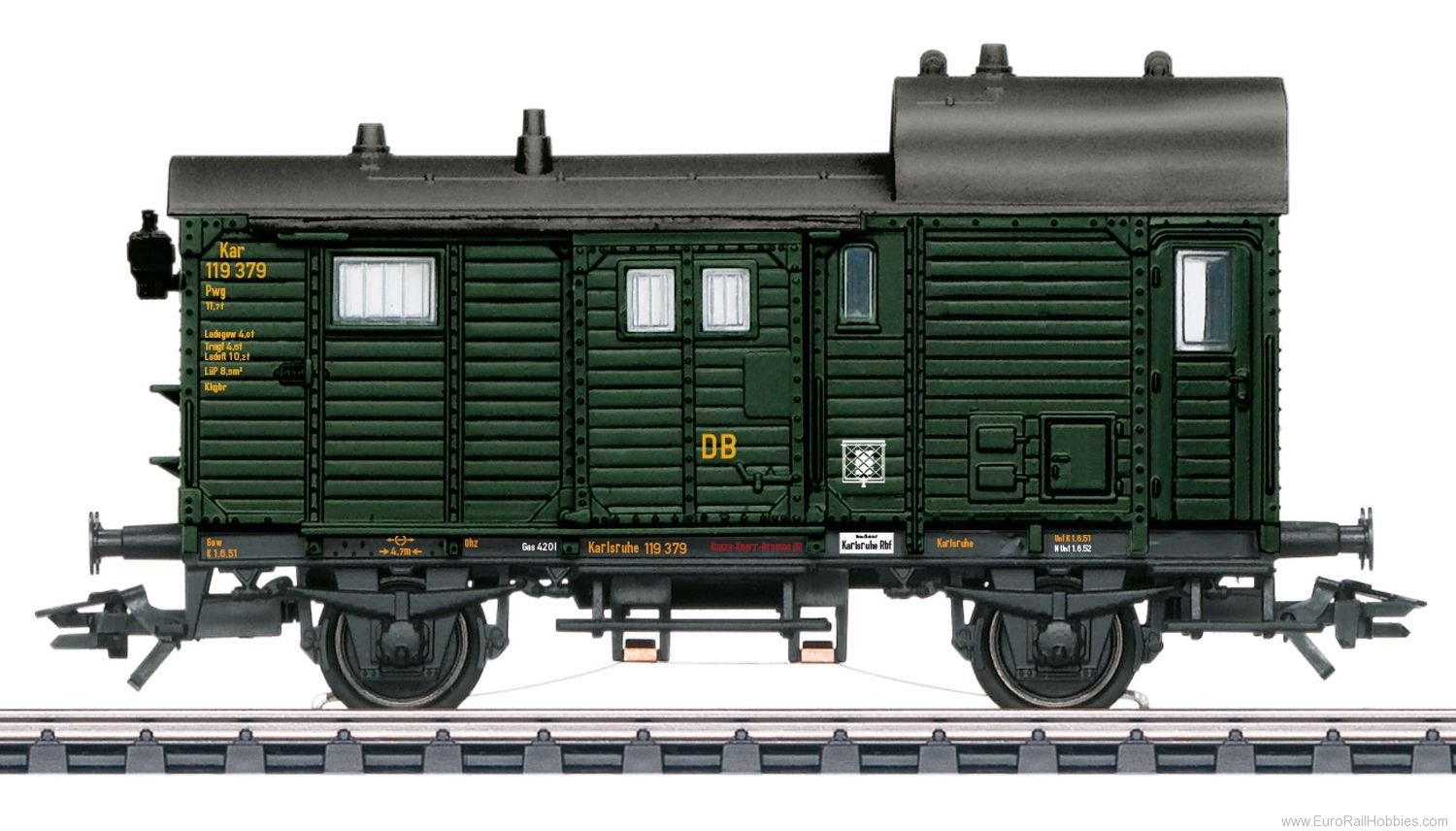 Model: The car has an mfx digital decoder and extensive sound functions. It also has marker lights that can be controlled digitally and that will work in conventional operation. A pickup shoe is mounted on the car. The freight train baggage car has a cupola. The car has a bottle green paint scheme. Length over the buffers approximately 9.6 cm / 3-3/4".