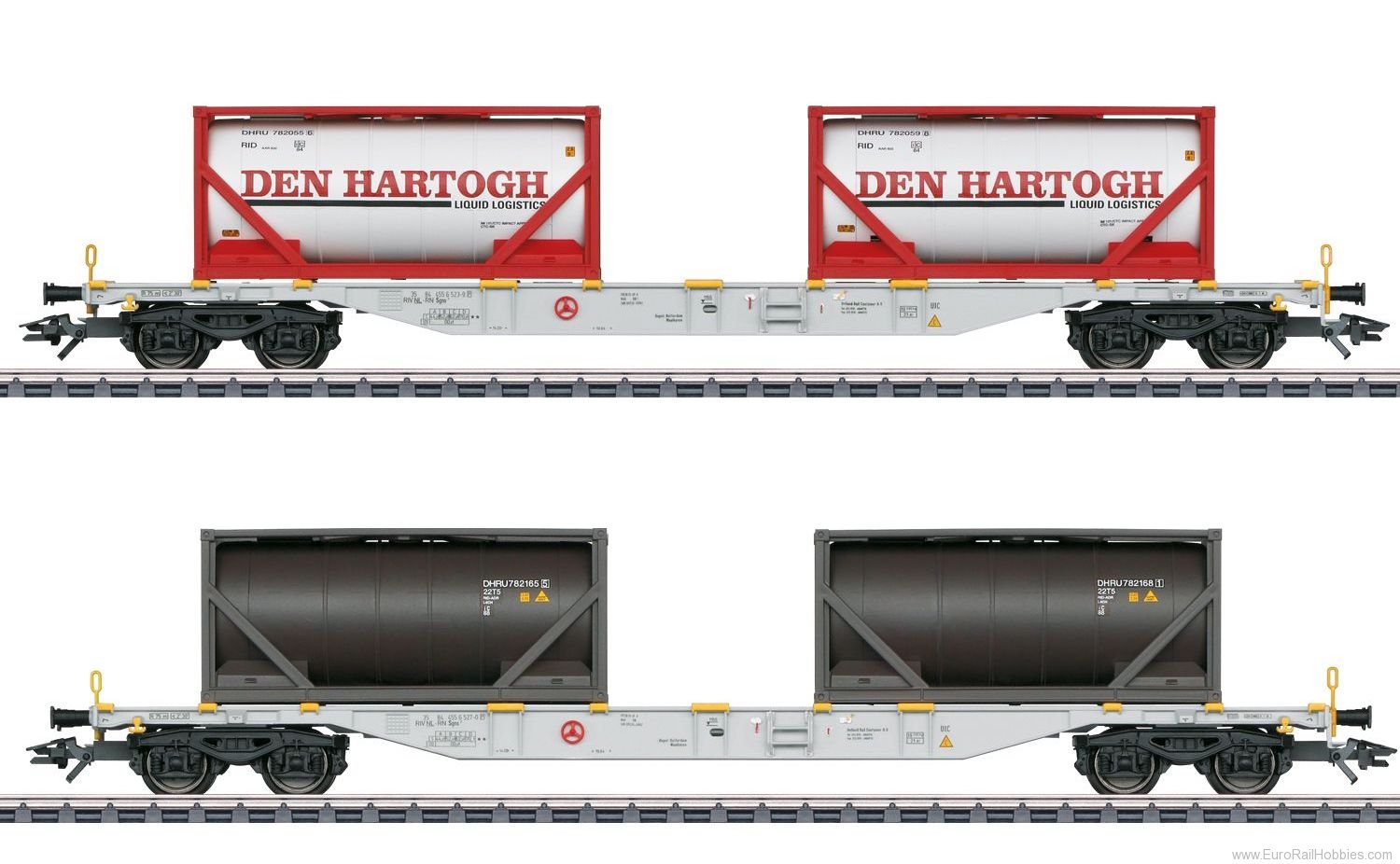 Model: The cars each have prototypically partially open car floors constructed of metal, including striking fish-belly style side sills and hand wheels for set brakes on both sides of the cars, which can be operated from the ground. The cars have type Y 25 trucks. Each transport car is loaded with two removable 20-foot tank containers. The transport cars have different car numbers and the tank containers have different tank numbers. Both cars are individually packaged and there is a master package.
Total length over the buffers 46 cm / 18-1/8".
DC wheelset E70058