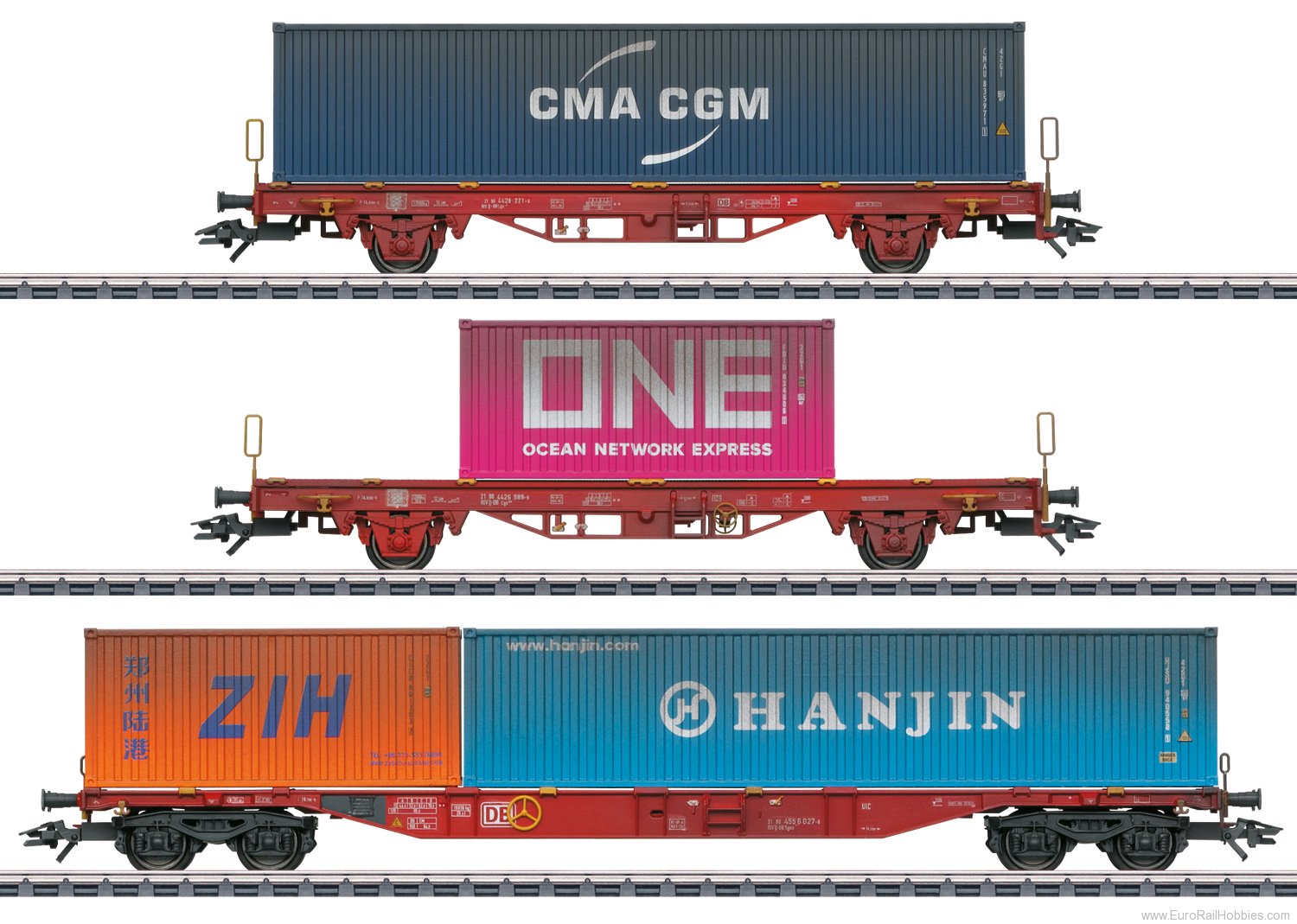 Model: The type Lgs 580 transport cars have a representation of corrugated metal as the cover plate on the car body. Separately applied raised retaining brackets are on the brakeman''s steps. Separately applied ladders and cable anchors with protective tubes are on the side sills. One car comes with and one without a hand wheel for setting brakes from the ground. The type Sgns 691 transport car has a prototypical partially open car floor constructed of metal, with striking fish belly type side sills and a hand wheel on each side for setting brakes from the ground. The trucks are type Y 25. The transport cars are loaded with removable 20-foot and 40-foot box containers for different firms. The transport cars have different car numbers and the containers have different registration numbers. Both are lightly weathered.
Total length over the buffers approximately 55.5 cm / 21-7/8".
DC wheelset per car E70058