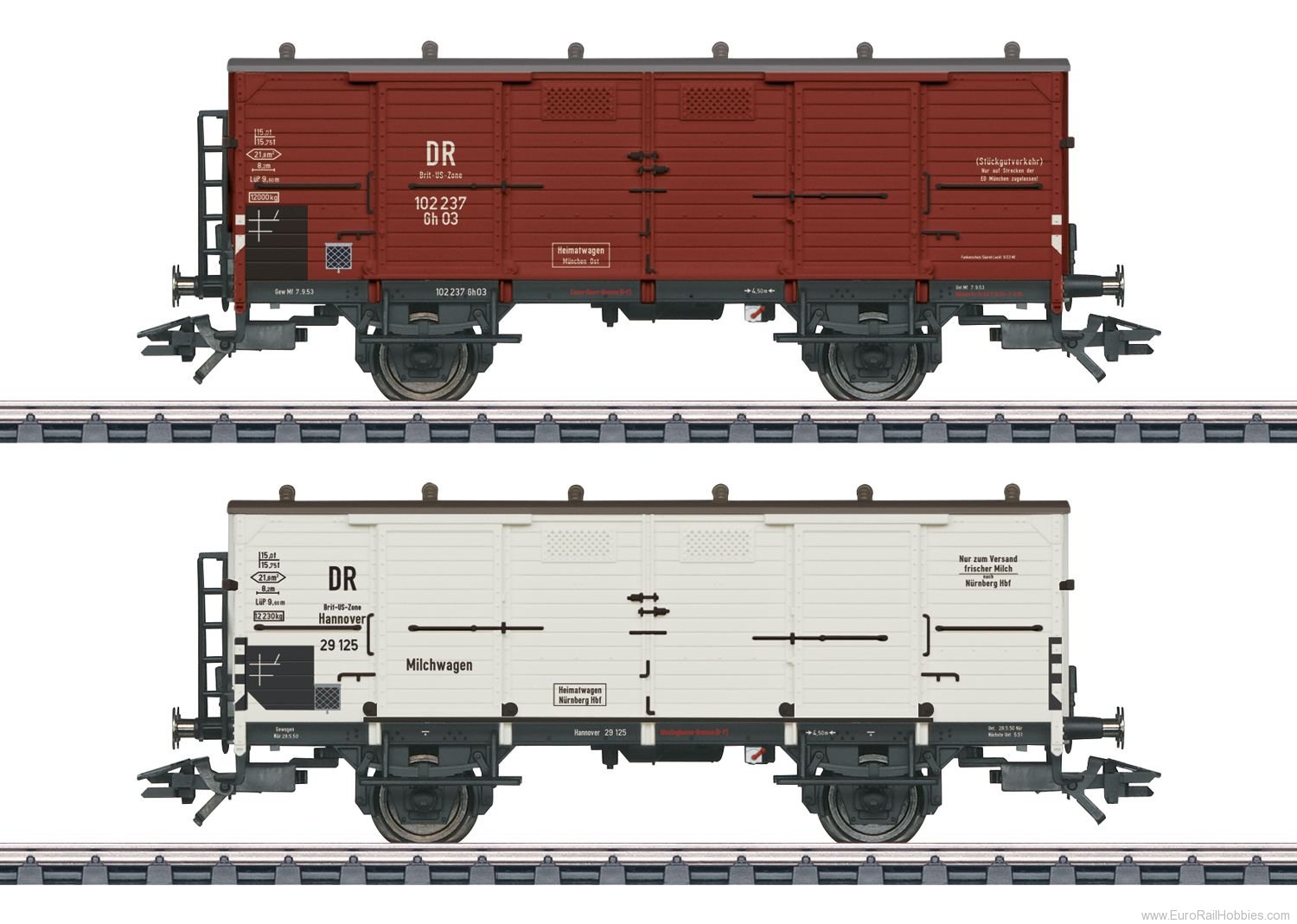 When Milk Goes Traveling
Riding along in the earlier milk cars as a loadmaster could become a drafty and exhausting occupation. For in addition to the constant work with 40 liter / 10-2/3 gallon milk cans, the wide spacing between the wooden boards on the ends of the car caused the airstream to whistle through the interior of the car.

Prototype: 2 German Federal Railroad (DB) Bavarian design milk cars. Cars from the first group delivered in 1908 with a flat roof. Both cars still include DR lettering for the British-US Zone. Used in less-than-carload-lot service and for the transport of fresh milk. The cars look as they did around 1952/53.

Model: Each car has 6 Grove type vents on the roof. There are two steps below the sliding doors on each side. The steps on the ends of the cars are separately applied. Both cars have different car numbers. They are individually packaged and there is also a master package. Total length over the buffers 22.2 cm / 8-3/4".
DC wheelset per car E700580.