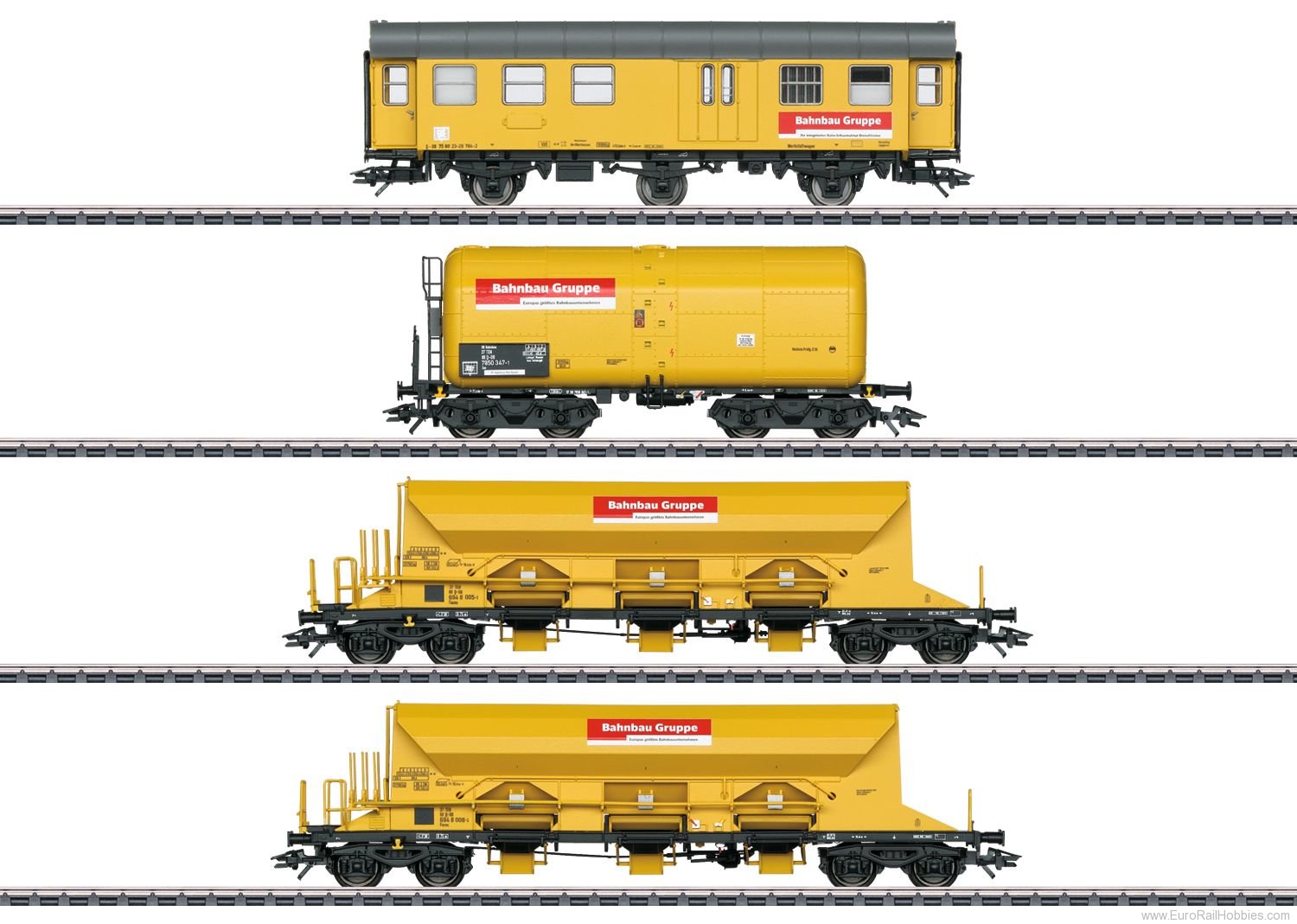 Prototype: Four different cars painted and lettered for the German Railroad Track Laying Company, Inc. (DBG). A workshop car, a water car, and two four-axle type Facns dump cars. The cars look as they did around 2012 to 2015.

Model: The workshop car, based on a type BD3yg ("Umbauwagen" / "Rebuild Car"), can have current-conducting car connections installed, either the 7319 plug-in close coupling drawbar or the 72020 operating close couplers. The water car, based on a heavy oil tank car, has a separately applied platform and ladder on one end of the car. It also has separately applied steps on the sides and built-in footholds in the tank sheathing. The dump cars are very intricate in their construction and have numerous separately applied details. They also have etched brakeman''s platforms with partially open gratings. Rotary slides and auxiliary chutes are separately applied. Total length over the buffers approximately 65.5 cm / 25-3/4". DC wheelset E700580. DC wheelsets for workshop car E700580 and E406240.

A diesel locomotive to go with this car set is offered under item number 39213 exclusively for the MHI.