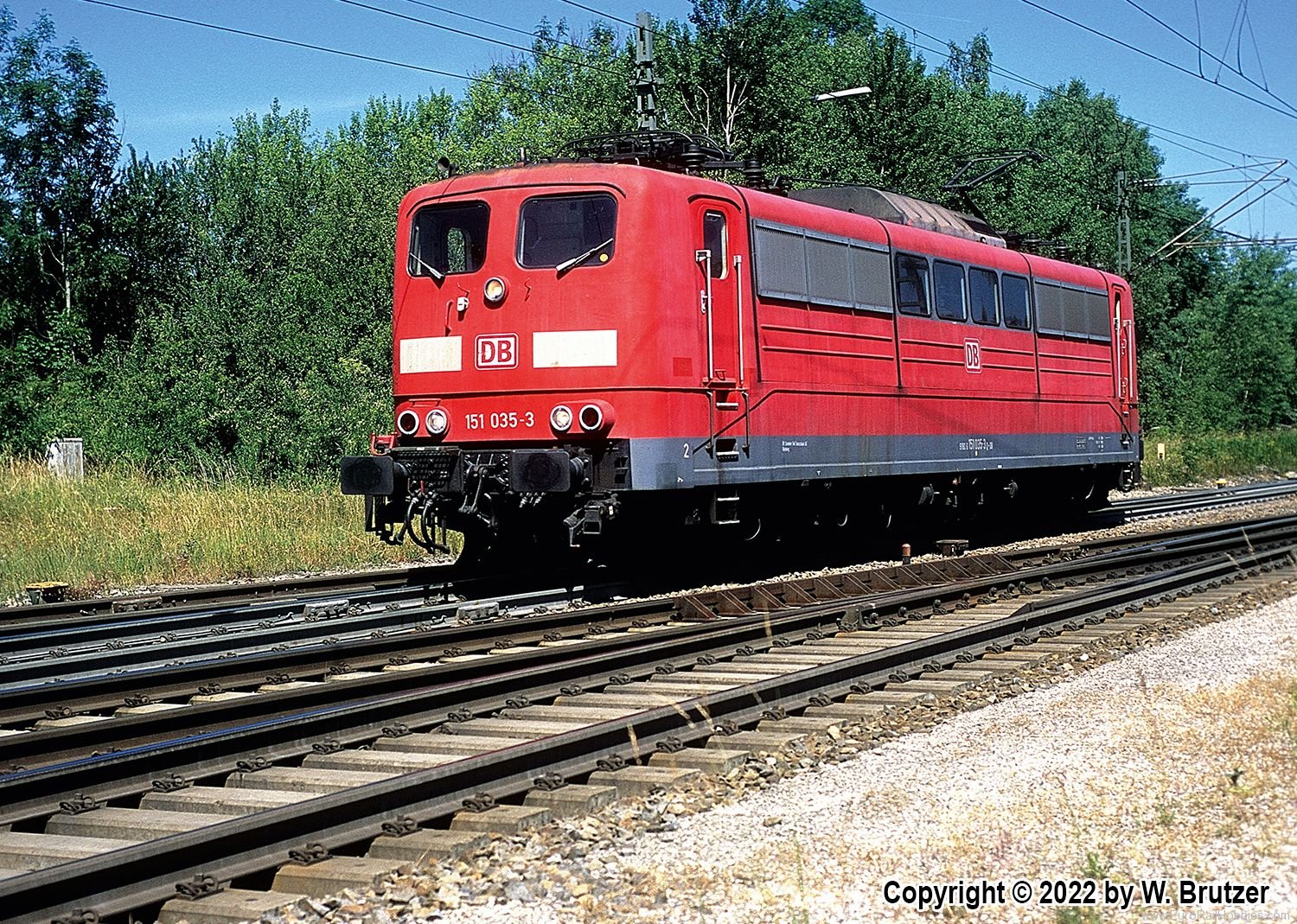 While almost all of the class 151 units fell into the traffic red paint pot in succession starting in 1997, the lettering on the sides changed quite a bit more frequently according to the DB freight group's naming practices. At times, all were represented from "DB Cargo" to "Railion", and "Railion Logistics" until they went back to the "simple" DB emblem.