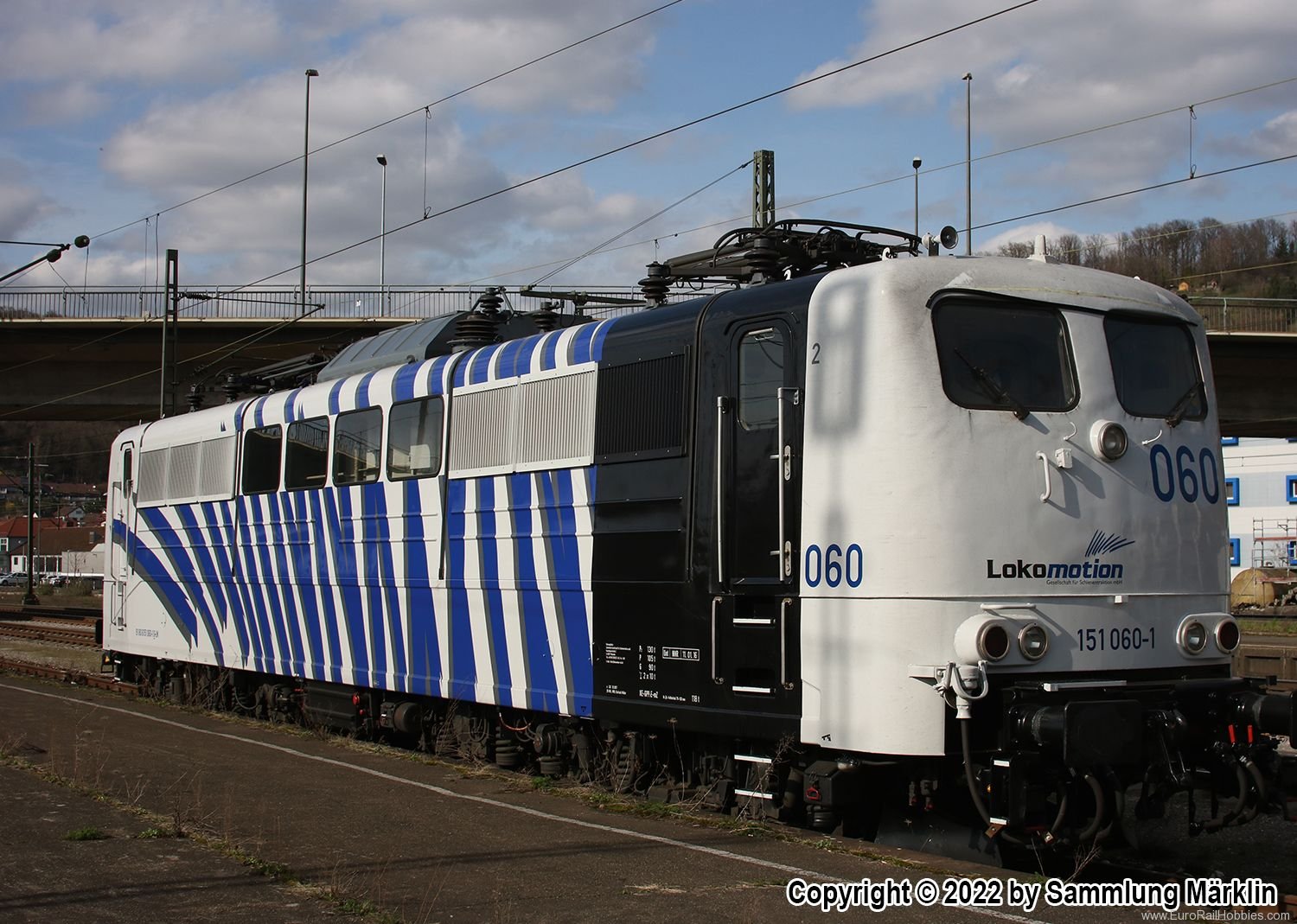 With the lifting of the prohibition on sales of locomotives in the DB roster, Lokomotion, Inc. acquired road numbers 151 018, 056, 060, and 074 from the DB in the fall of 2014 and gave them its own "Zebra Design" in blue/black/white after performance of a general inspection. Interestingly, DB Cargo has a 30% stake in Lokomotion, Inc. The primary focus of the locomotives' operation is up to the Brenner as well as on the Tauern Line, but also spot service mostly in Southern Germany is part of their daily bread.