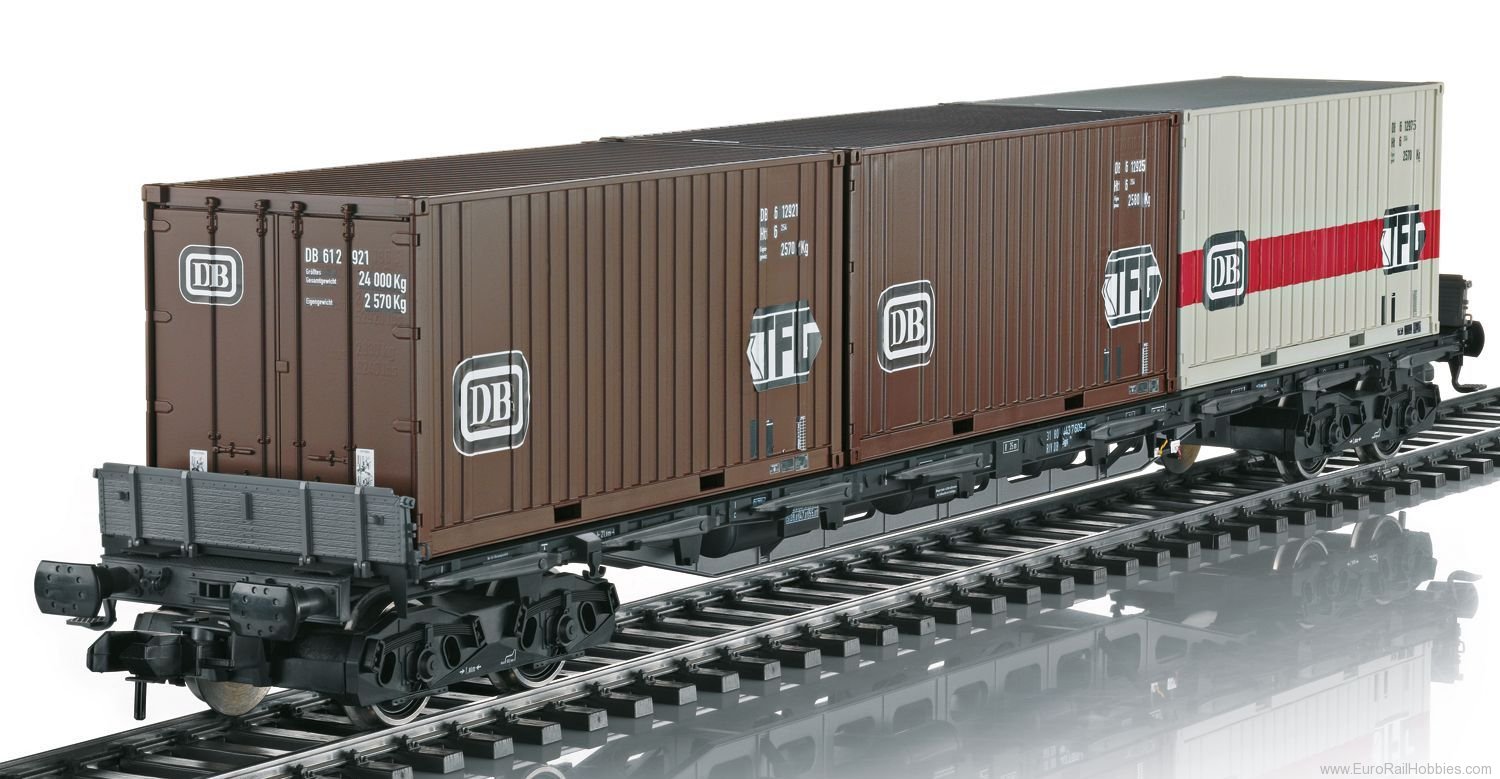 Faster by Rail
The container began its success story quite recently: In 1966, the first containers were loaded in all of Europe in Bremerhaven. Since then, this form of transport has constantly recorded growth figures. In 1969, worldwide container handling amounted to just 700,000 TEU (TEU = Twenty-Foot Equivalent Unit = a load unit of 20 feet length and 8 feet width, defines the number of standard containers, which can be loaded). In 1982, it was already 17 million TEU, at the turn of the millennium already 236 million TEU and in 2017 about 720 million TEU. Worldwide, container traffic as a share of ocean freight has reached around 75% - the trend continues to grow. For universal use on as many means of transport as possible, ocean and inland ships, by rail and by truck - in as many countries as possible, a standard dimension had to be defined. Thus arose after weary negotiations in 1968 the first ISO container as a 20-foot standard container with a length of 20 feet (6.1 meters). Additional standard sizes followed with the standard lengths of 40 feet (12.2 meters), 45 feet (13.7 meters), 48 feet (14.6 meters), and 53 feet (16.2 meters).

Model: The four-axle flat car has stakes on the sides that can be turned down. The car is loaded with three 20-foot containers. All of the containers can be removed. The doors on one end of the containers can be opened prototypically. The car's frame is constructed mostly of metal. The car has hinged drive-over plates. It also has solid wheels. The minimum radius for operation is 1,020 mm / 40-3/8".
Length over the buffers 65.5 cm / 25-3/4".