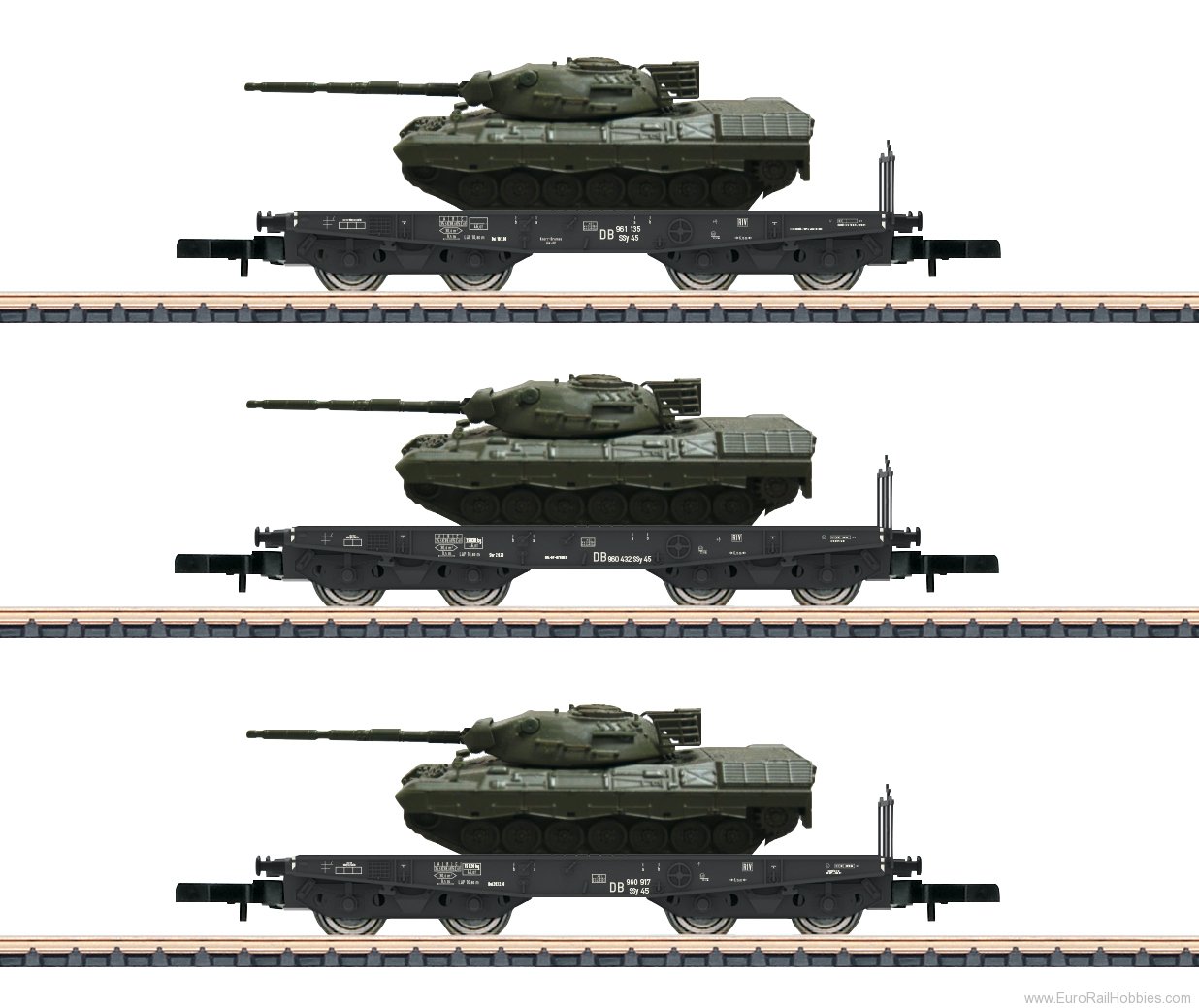 Model: This set has 3 DB heavy-duty flat cars as new tooling, each car loaded with a Leopard 1A1 tank. The heavy-duty flat car bodies are constructed of metal and stakes are included. The tanks are new tooling made of plastic and the turrets can be turned. Length over the buffers approximately 150 mm / 5-7/8".