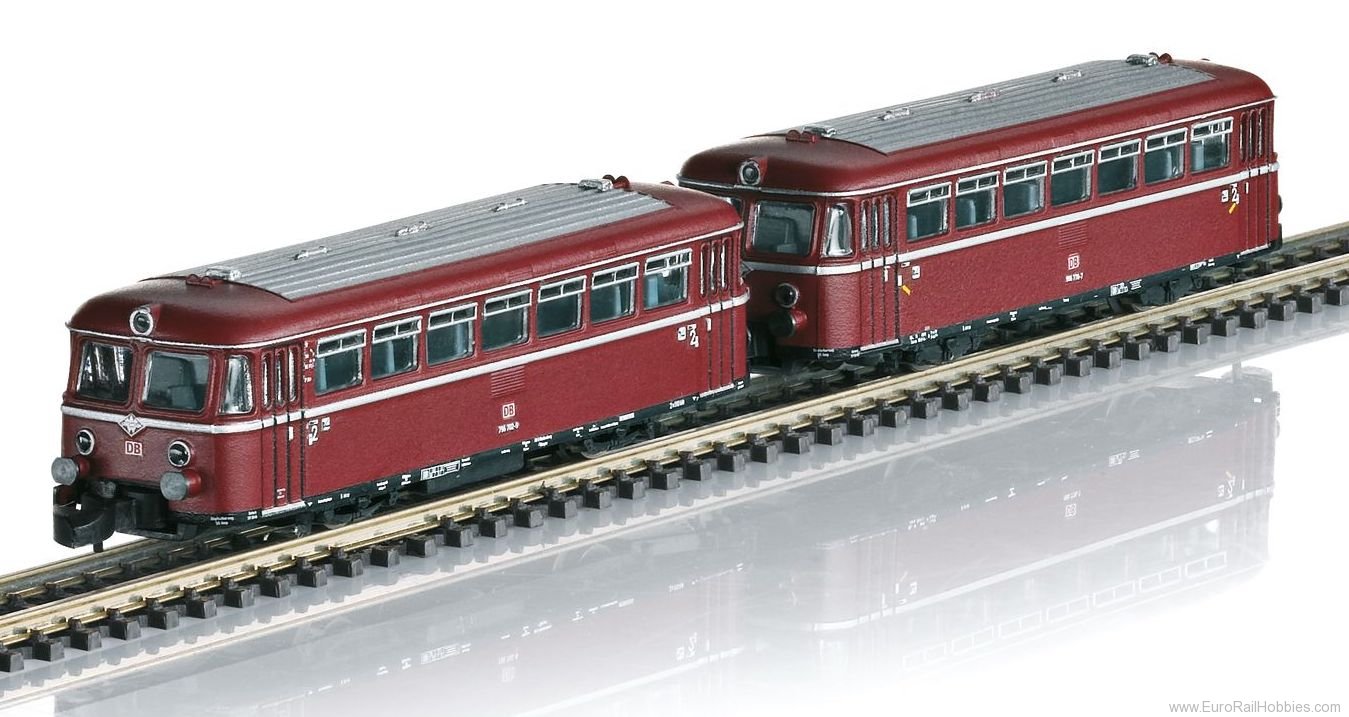 Uerdingen Rail Bus
88168 - Class 796/996 Rail Busses In the fall of 1987, the DB decided to convert several class 798/998 rail busses to one-man operation. A central pneumatic automatic door closing mechanism with corresponding buttons outside and inside on all units as well as a door closure signaling unit in the area of the controllers, a counting table, and outside rearview mirrors for the rail bus operator were all part of this conversion. The new class designation with the previous ordinal numbers followed on January 1, 1989. Starting with the summer schedule for 1997, only Tübingen was still used as a base for regularly scheduled rail busses. There they struggled with the mainly sparse traffic during the week on the remaining section at that time of the Ammertal Line Tübingen - Entringen, this however with up to six-car units. On May 29, 1999, these operations also ended and on February 27, 2000, the glory of the rail busses was finally past with the retirement of the last units.

Prototype: German Railroad, Inc. (DB AG) class 796 (former VT 98) motor car and class 996 (former VS 98) control car. Crimson paint scheme. The units look as they did in Era V around 1997. These units were used at this time in the Tübingen area.

Model: The motor car is equipped with a motor with a bell-shaped armature and is very finely imprinted with things such as the "Uerdingen Diamond" emblem, rubber door beading for the folding doors, imprinted lamp bezels, etc. The motor car has prototypical buffer modelling. The cars have interior details, LED interior lighting, and wheels with dark nickel-plated wheel treads. Length over the buffers 62 mm / 2-7/16"