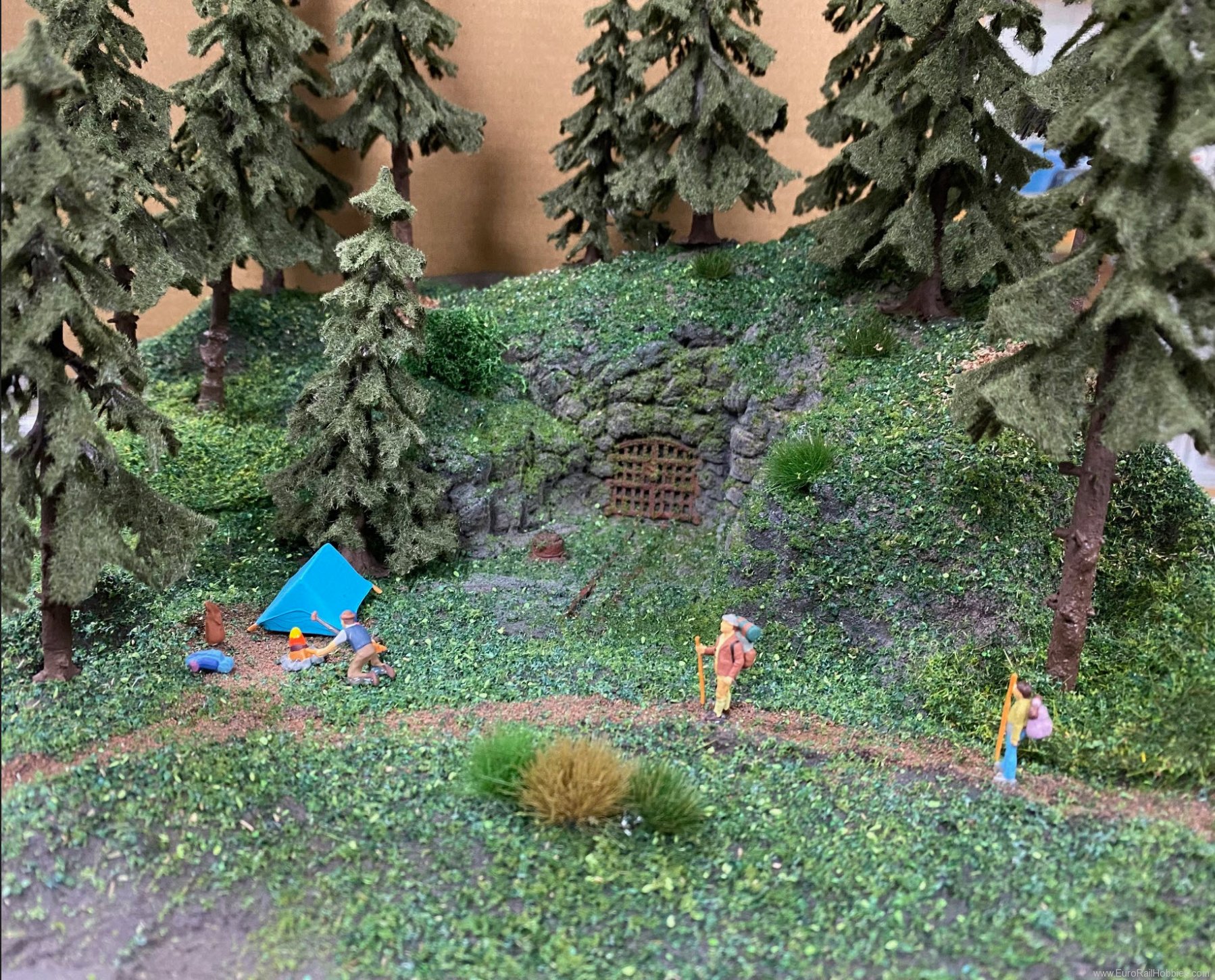 Abandoned Places made of NOCH Hard Foam, handcoloured and refined

Regardless of whether it’s coal, ore, precious metals or even diamonds, as soon as humans discovered mineral resources in sufficient quantities, they set about mining them. But when the mines no longer yield anything, humans move on and leave nature to its own devices.
And it immediately sets about reclaiming its territory! Shut-off devices such as a padlock and bolt or a secure iron gate are useless in this scenario. In the end, the setting will go back to being covered with virgin forest!

We are always fascinated by nature. Especially when it reclaims places we humans have laid claim to ourselves. So-called ‘lost places’ have long since become an attraction. We stay behind in these places not really wanting to believe what we are becoming aware of: that our existence on the planet is brief. This showdown between man and nature fascinates us. Deep down, we know that nature always wins in the end, and will also outlast us humans. The sets in the ‘Abandoned Places’ series each consist of a finished model made of NOCH Hard Foam, one or two handmade twisted wire trees and high-quality painted and 3D-printed accessories. You can arrange the compilations according to your setup requirements. The models designed in this way are highlights for every model landscape and attract everyone’s attention.

Abandoned cities or villages are particularly fascinating to us. Because nowhere other than in a so-called ghost town are we aware that this place was once a hive of activity, of which nothing remains today. Deserted villages are eerily beautiful! And our well was also unable to withstand the involuntary renaturalisation. Trees, shrubs and many other plants proliferate, creep and grow where people once relaxed by watching the water feature.

Note: This model you can get these exclusively from participating dealers as part of the NOCH Season Promotion. The dealers offering these highlight can be found here.