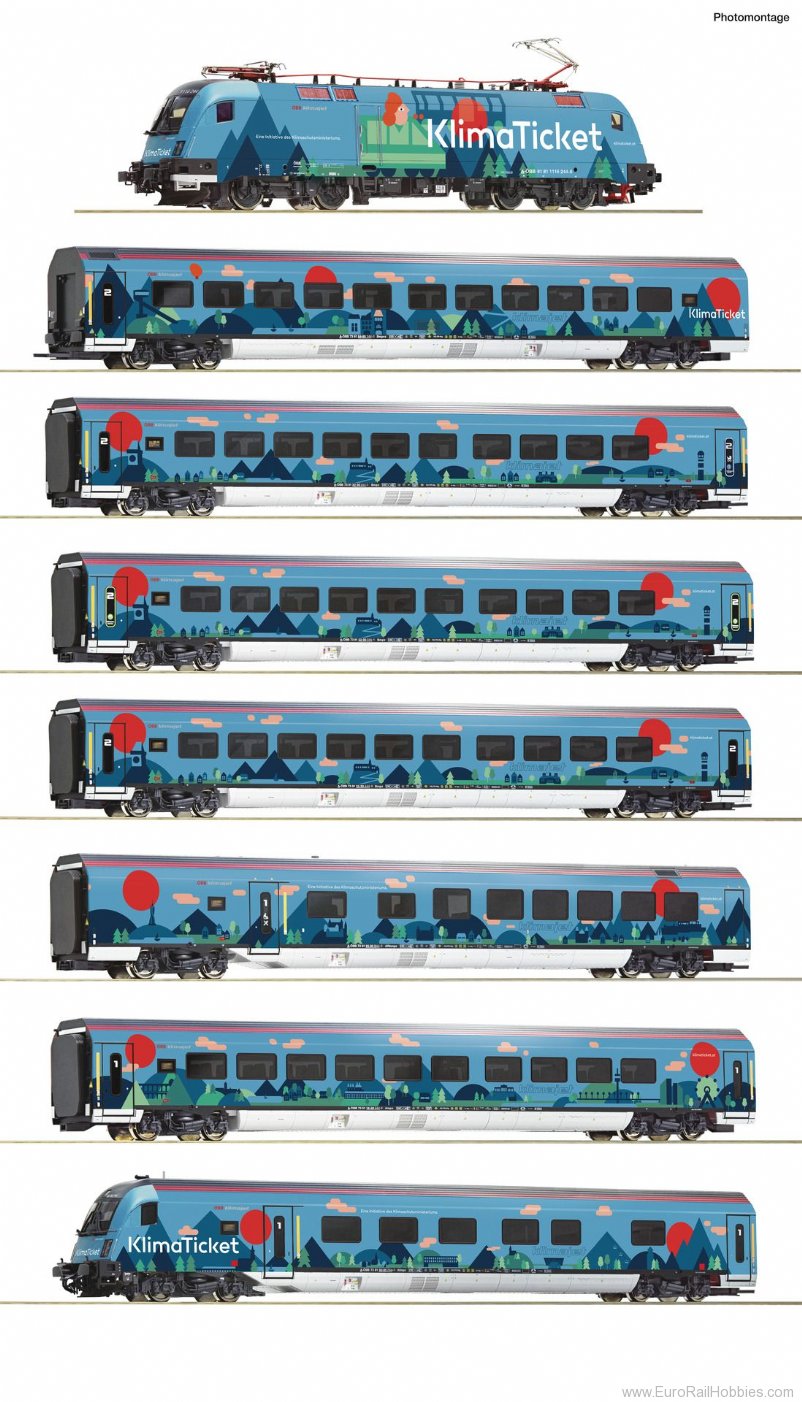 The locomotive model is equipped with a four-pole electric coupling on one side. For push-pull train operation the current draw between the locomotive and the control cab coach of the ROCO Railjet can be switched via DIP-switches. This is only possible if the whole train has an electric coupling.

Since 26 October 2021, thanks to the new “Klimaticket”, it is possible to travel regionally, supra-regionally and Austria-wide with one ticket using different modes of transport. The aim is to encourage more citizens to travel by train. On the initiative of the Federal Ministry for Climate Protection, Environment, Energy, Mobility, Innovation and Technology, Climate Protection Minister Leonore Gewessler presented an ÖBB Railjet and a KISS multiple-unit train of the private WestBahn in the climate ticket design to coincide with the introduction of the climate ticket. The message will also be carried to neighbouring countries like that, as the Railjet trains run to Frankfurt am Main, among other cities.