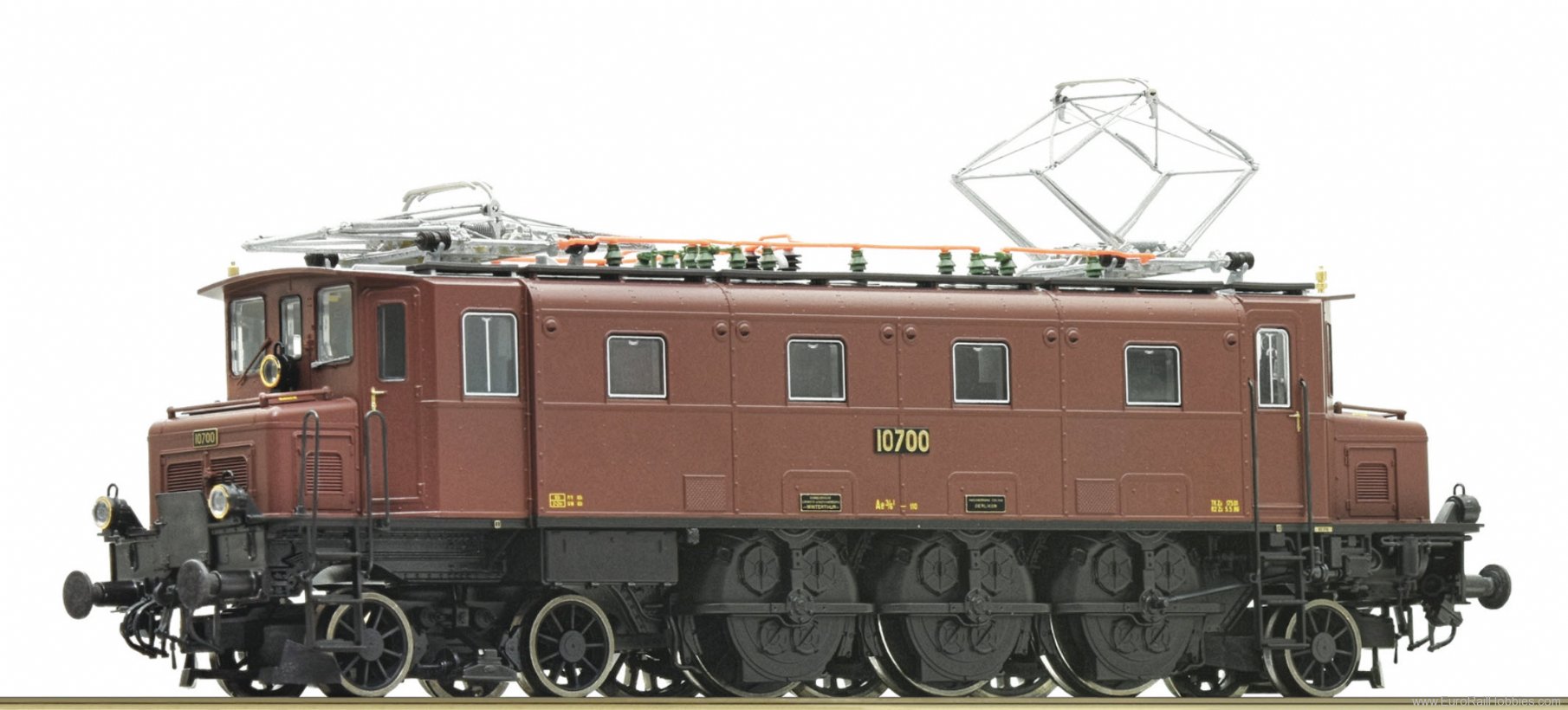 ■ Complete, superbly detailed new construction with elaborate reproduction of the Buchli drive and the current collectors
■ Highly accurate, completely new spoked wheel design
■ Model in the SBB Historic design of the 3rd series
■ Grids on roof superstructure made from fine metal
■ Large lamps
■ Short coupling mechanism at each end of the locomotive
■ Perfectly presented in a transparent box

The electric locomotives of the series Ae 3/6ˡ were purchased in several orders from 1921 to 1929. The series 10700 locomotive originates from the MFO and SLM workshops. Due to the long procurement period, technical innovations were also installed. As a result, the locomotive power increased from 1,450 kW to 1,600 kW. Thanks to the excellent running characteristics, the maximum speed could also be improved. From 1929 onwards from 90 km/h to 100 km/h and for the more powerful locomotives (starting with No. 10637) in 1937, after adjustments to the running axle bogie, to 110 km/h.

The 10700 series locomotive had it's base at the depot in Bern from 1927 to 1986. To this day, it is still housed in the depot of Olten as an operational historical vehicle and belongs to the Historical Heritage Foundation of the SBB (SBB Historic).