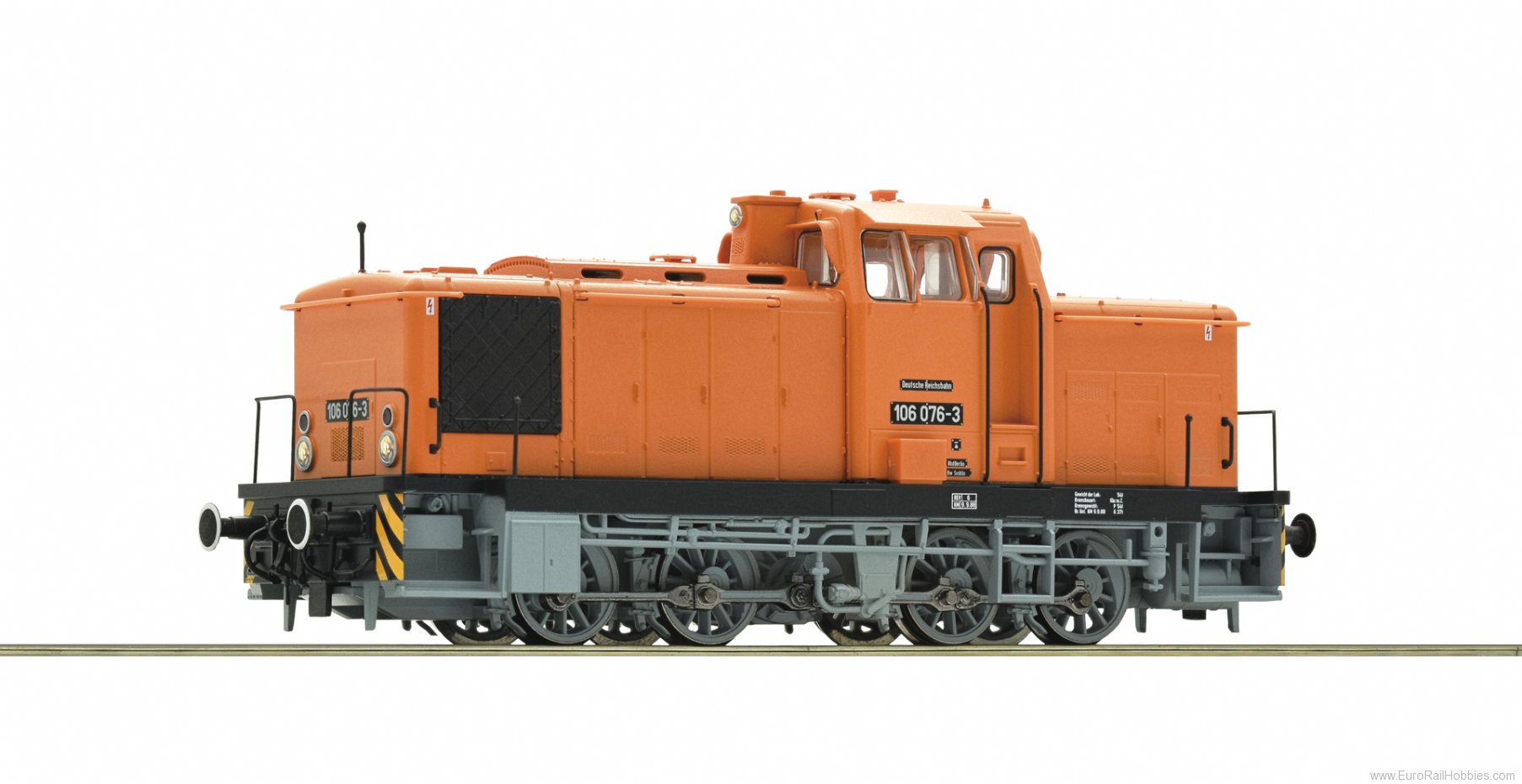 * Precise reproduction of the delicately designed class 106 locomotive
* Rain protection roof on top of the side windows
* Front protection covers of the ventilation grilles - can be mounted open and closed
* Rich detailing on the model with many separately applied plug-in parts
* The driver's cab illumination is switchable.

In the course of the development of the shunting locomotive BR V 60 of the German Reichsbahn (East), began in 1959, the testing of the first two prototype machines. Before the series production got started, some design modifications needed to be made and were tested in another small series of five machines. From 1962 to 1964, the company LKM Babelsberg delivered with 63 locomotives the first series to the DR. During the construction of the first main series, even a rain protection roof was installed on top of the side windows. The fronts of the locomotive nose were also slightly altered. While the "noses" of the first machines with prominent lamps, had an around a vertical axle slightly curved design and were mounted on consoles, the "noses" of the new locomotives from the locomotive number V 60 1053 on, had a straight construction with corner rounds and the lamps were directly mounted at the front of the locomotive. As a result of a new service regulation, the DR shunting locomotives were in the course of revisions gradually painted with an orange-yellow colour.