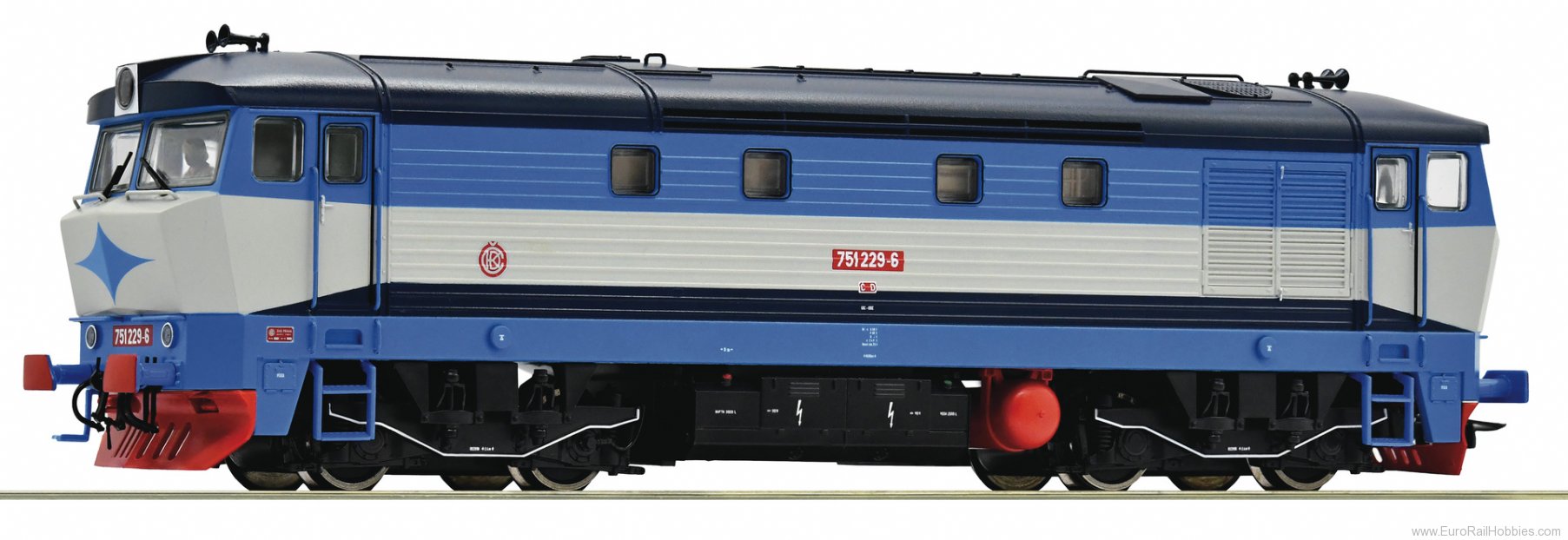 ■ Delicately designed model with many extra applied plug-in parts
■ 3rd locomotive series with beaded side walls; reach up to the edge of the roof
■ Light functions based on the CD model

The locomotive received the livery of the prototype locomotive T 478.1002, shown at the International Engineering Fair in Brno in 1965.