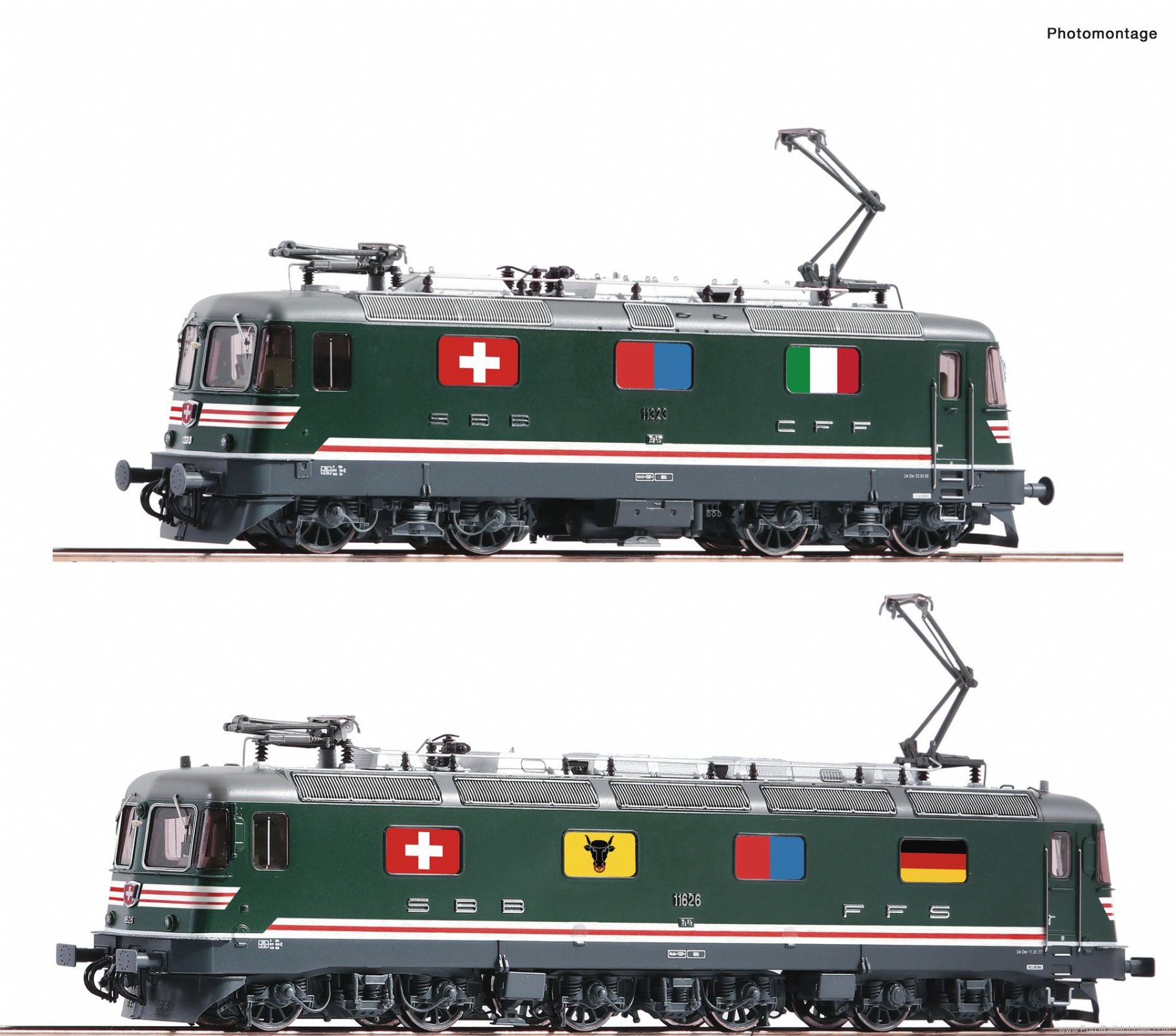 Electric locomotive double traction Re 10/10 of the Swiss Federal Railways.

■ Anniversary edition of the year 1982 “100 Years of Gotthard Railway”
■ Consists of the locomotives Re 6/6 11626 and Re 4/4ˡˡ 11323
■ Both are powered locomotives
■ With front coat of arms and raised locomotive numbers
■ Fine, separately applied ventilation grilles and windscreen wipers made of etched sheet metal

For the 175th anniversary of railways in Switzerland, ROCO presents the electric locomotive double traction Re 10/10 as special anniversary edition. The locomotives in green SBB livery had decorative stripes and coats of arms.

The double traction of Re 4/4ˡˡ and Re 6/6 is called Re 10/10 for simplicity. This name derives from the ten powered axles that the double team has and does not refer to a particular locomotive type. The SBB uses the Re 10/10 primarily to haul heavy goods trains on the Gotthard route. The bullish double manages to pull a maximum load of 1,400 tonnes on the train hook at 80 kilometres per hour on a gradient of 26 per mille.