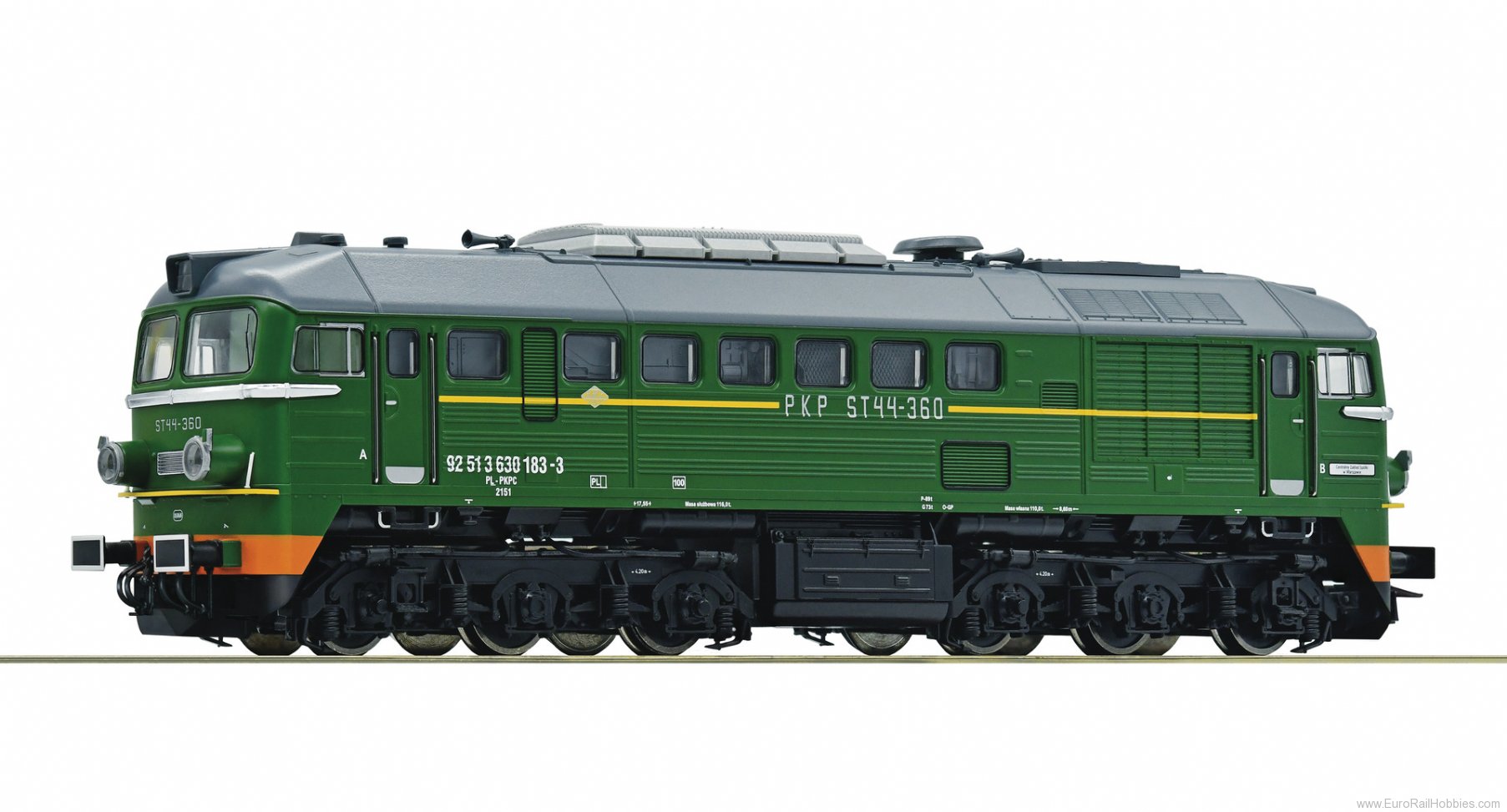 "The Gagarin - The legend lives on !"

In 1965 the delivery of a total of 1.113 standard gauge M62 diesel locomotives to the PKP started and was continued until 1988. The PKP designated the locos as class ST44. In Poland, the locomotives were nicknamed "Gagarin" because of their Russian origin. Initially delivered in the classic green livery, they were later given a yellow front surface for better identification. In contrast to the other M62 locomotives, the large headlamps, at the time standard with PKP locomotives, provided the ST44 with a characteristic appearance.