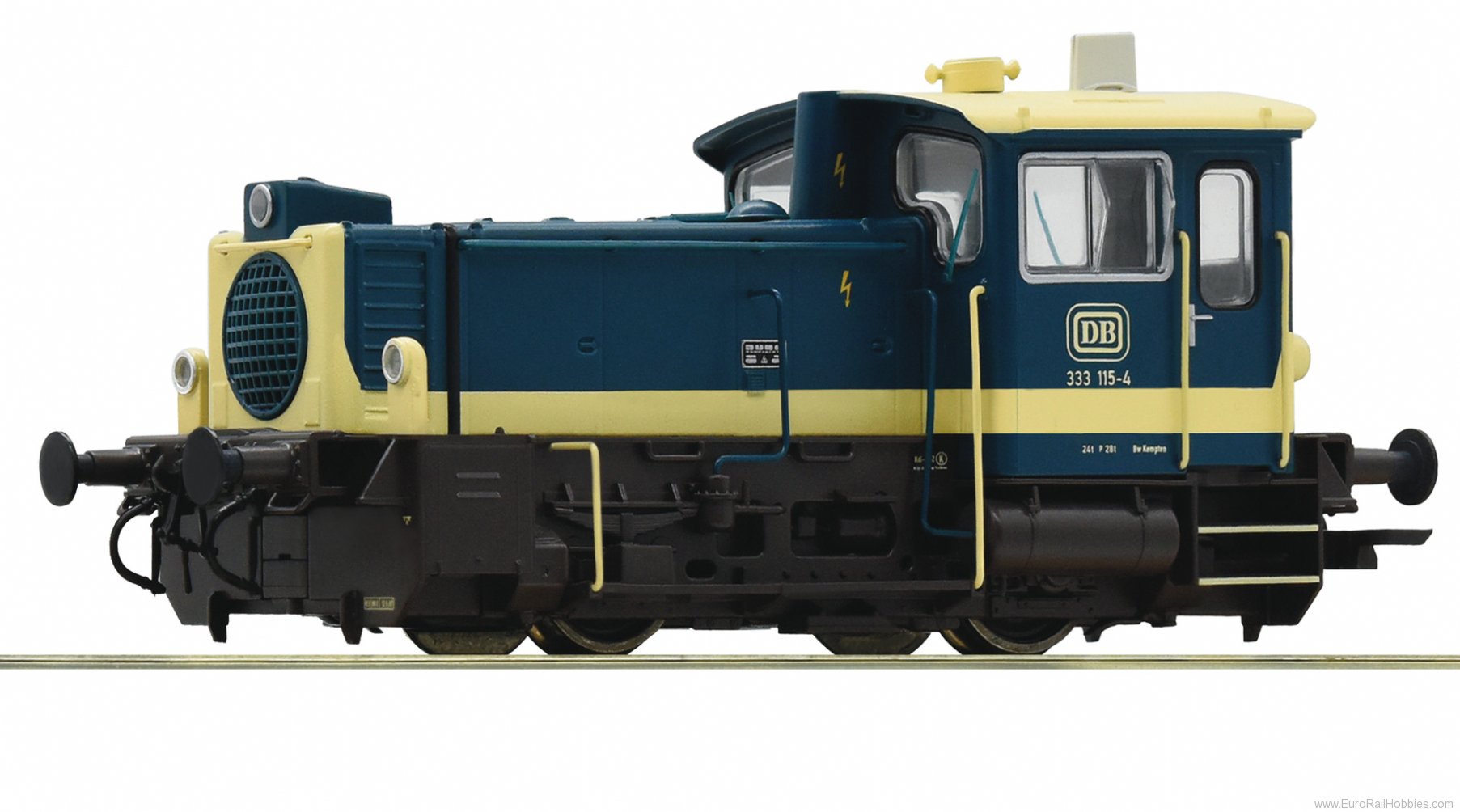 Diesel locomotive class 333 of the Deutsche Bundesbahn in ocean blue/ ivory livery. The locomotive is equipped with a sound decoder and an electric coupler for shunting manoeuvres.

■ The model with newly developed digital shunting coupling is now available for the first time. More play fun guaranteed !
■ Rich detailing on the model with many plug-in parts and freestanding handles
■ True to original light and sound functions as well as illumination of the driver's cab

From the mid-1970s, the ocean blue / ivory paint of the BR 333 was considered standard colour. Blue dominated the surfaces of the locomotive, however, there was also a surrounding decorative strip, which turned out a bit wider on the back, and a frame around the engine fan which were painted in ivory (RAL 1014). 70 locomotives of the last series were delivered in this appearance.