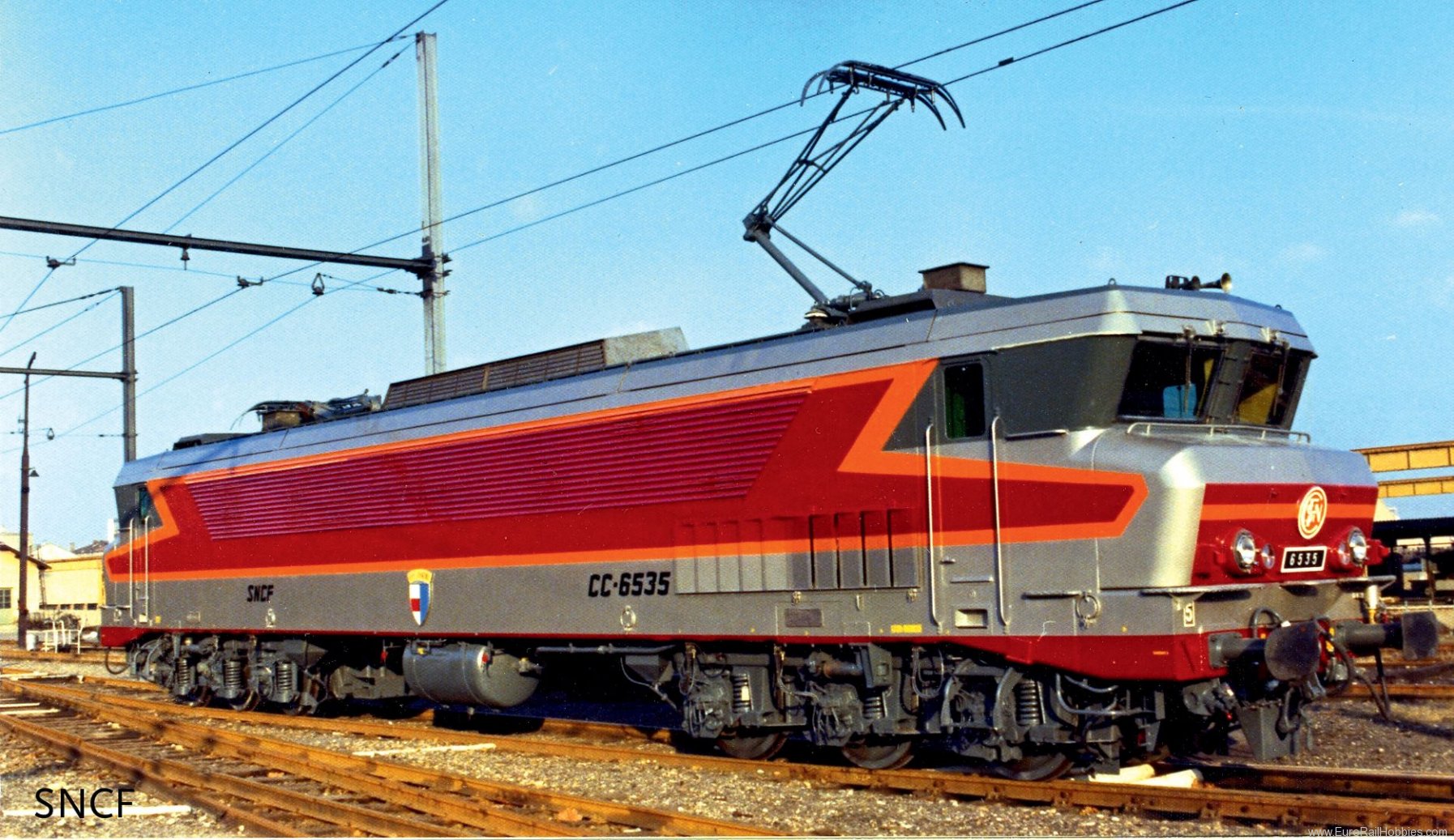 Electric locomotive CC 6500 of the French National Railways. The series of electric locomotives CC 6500 was slated to operate on the DC current network of the SNCF. When it started to operate in 1969 it was the most powerful locomotive of the French National Railways and was licensed for a top speed of 200 km/h. It was deployed in front of the most important trains in France as for example the Le Mistral, Capitol or l''Aquitaine but because of its enormous pull capacity it was also used for heavy freight trains.