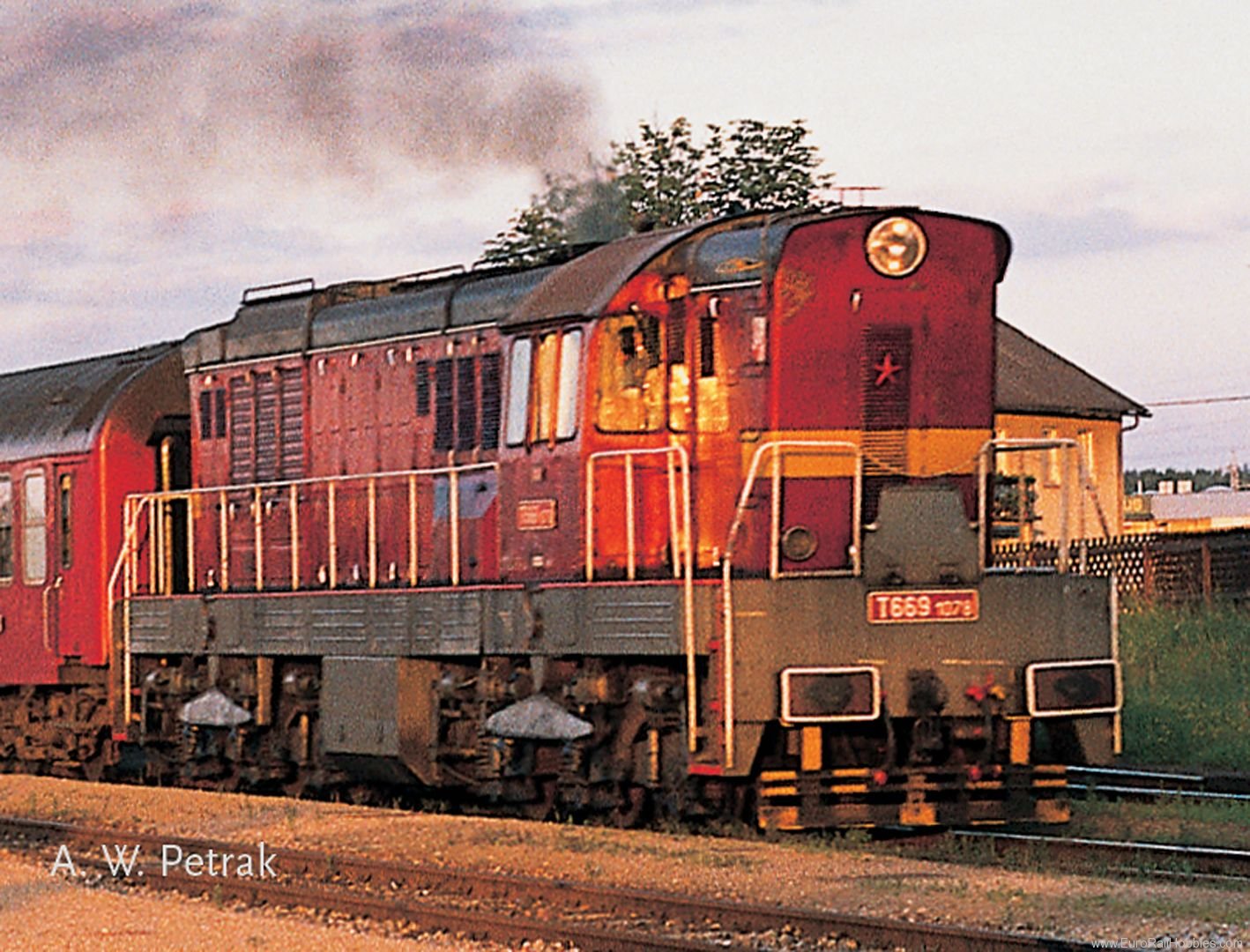 Model of a diesel locomotive T669.0 operates for the Czechoslovakian State Railways. The series T 669.0 (since 1988: series 770) is a series of Diesel electric locomotives of the former Czechoslovakian State Railways. Besides the derivation from the series designation \0xD0S\0xD0oe\0xD0\0xAD3 ("Tschme3") the locomotives got their nick name Cmelak (in German: Hummel) from the export to the Soviet Union and also from their driving sound. With approximately 8200 exemplars is this series one of the most produced locomotives in existence.